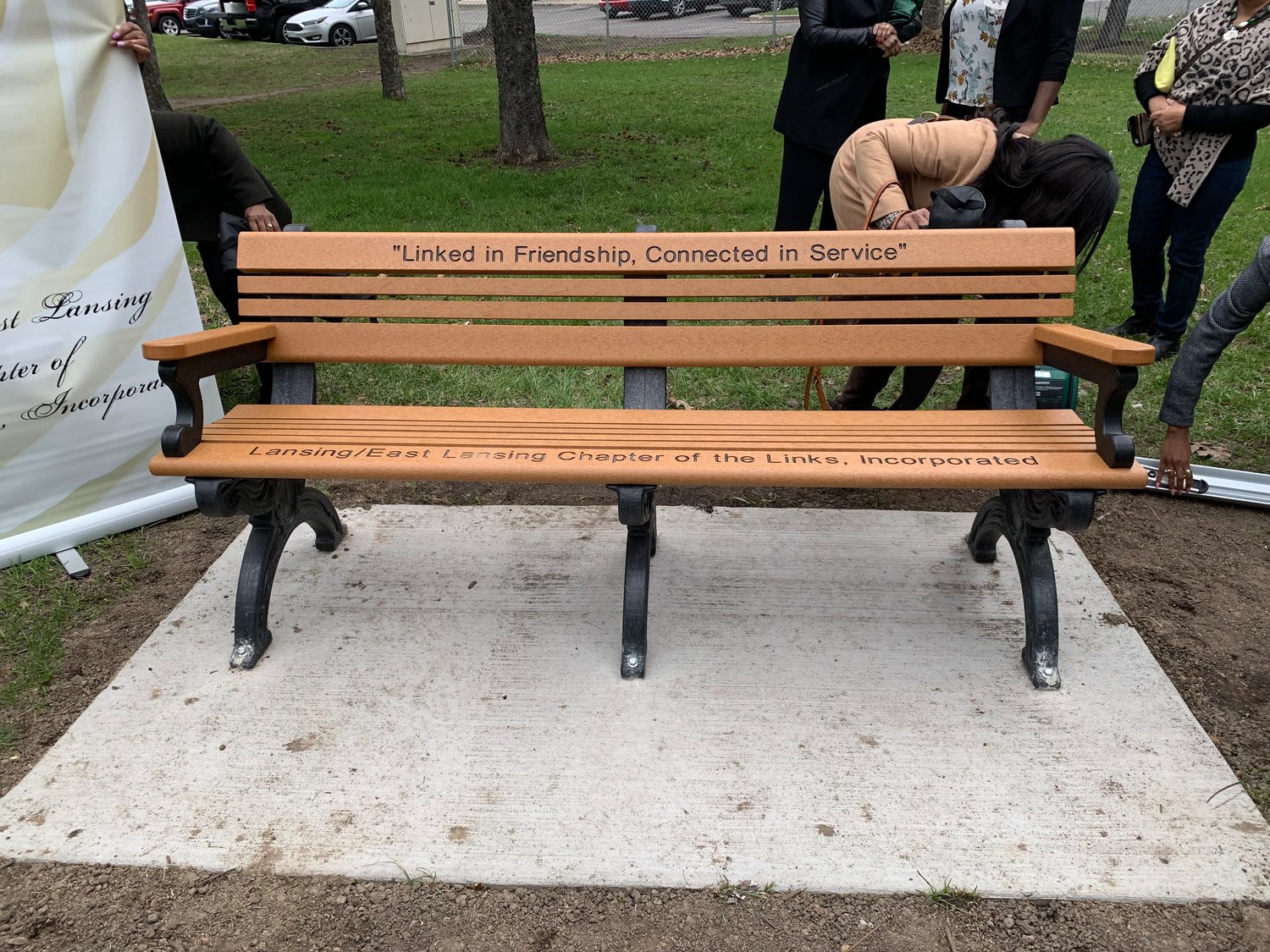 TUESDAY, April 26 — Lansing Mayor Andy Schor has some big aspirations for a new bench that was donated to the city and installed along the Lansing River Trail on Friday afternoon.

The “PoSITivity Bench,” as it has been dubbed, was donated to the city by the Lansing chapter of The Links, a nonprofit volunteer service organization that focuses on African ancestry, in an effort to build a more “inclusive culture of support in a positive and safe space,” officials said.

Schor sent out multiple media advisories and press releases about his plans to “unveil” the bench last week and outlined some of the bench’s lofty community goals at a press conference.

Those who sit there are supposed to determine “how to change negative conversations about life events” and “how to obtain assistance and support, if needed, to address pressing issues such as isolation, joblessness, bullying, loneliness, achievement gaps and health issues, both mental and physical,” according to a release. There was no mention of creating world peace.

“This bench represents the best of our community,” Schor said in a press release. “Sometimes, in a world of uncertainty, having a relaxing place to sit and chat can be incredibly helpful.”