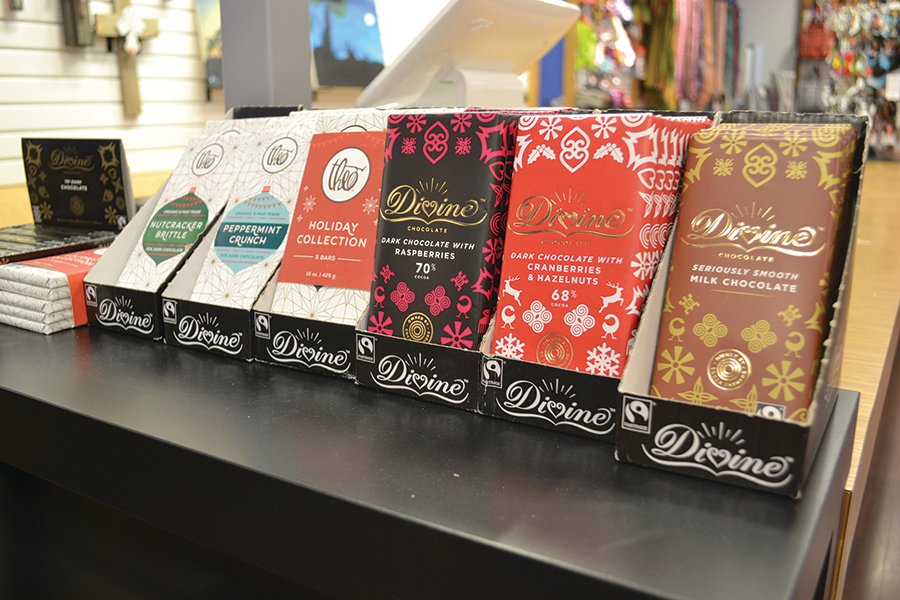 Supplying fair-trade homemade goods from around the world that contribute to a good cause — that’s the calling card of Marketplace Manna, a Jackson-based shop that is opening a new location this week in the Meridian Mall.

“Our mission is to help the poor, disenfranchised, persecuted, disabled and unemployed around the world. We do that by selling products that they make,” Marketplace Manna co-owner Al Mellinger said.

Marketplace Manna sells a wide range of rotating products, including chocolate, coffee, knitwear, infant clothing, decorations, paintings, dolls, purses and necklaces. The shop receives these goods directly through its partnerships with 23 different organizations from the United States and across the globe.

The chocolate at Marketplace Manna comes from Divine Chocolate, a Pennsylvania-based fair-trade chocolate company that purchases its stock of cocoa beans and chocolates from distributors located in Africa and Belgium. It is available in dark or milk and the different flavors include peppermint crunch, raspberry, cranberry and hazelnut.

“Right now we have fair-trade chocolate and fair-trade coffee. These are from companies that are fair-trade certified and get their beans from Latin America and Africa,” Mellinger said.

Mellinger said some of the items are produced in the U.S. by refugees and people living in homeless shelters. Selling the goods to Marketplace Manna gives them skill training and some additional income. Proceeds from sales at Marketplace Manna go back to the organization that supplied the product.

“It lets them know that somebody cares and that we want to encourage them and help them in any way that we can,” Mellinger said.

Marketplace Manna began when Mellinger and his wife, Diane were doing missionary work in Bulgaria for Free Methodist Church, which has several churches in Greater Lansing. The two helped create livelihood groups where disenfranchised Bulgarians can produce fabric and wood products to earn income, so they can stay closer to home without having to travel to neighboring nations to seek work.

“That meant, ‘OK, what do I do with the products they are making?’ We can sell them in the country, but we have to have a broader market.’ That’s when my wife and I began developing strategies to start selling the products.”

The concept got off the ground in 2013 with the first Marketplace Manna store at Jackson Crossing. Eventually, its stock diversified as the Mellingers developed more partnerships with other fair-trade organizations. “That began the process of providing fair-trade merchandise to people here, to help the poor elsewhere,” Mellinger said.