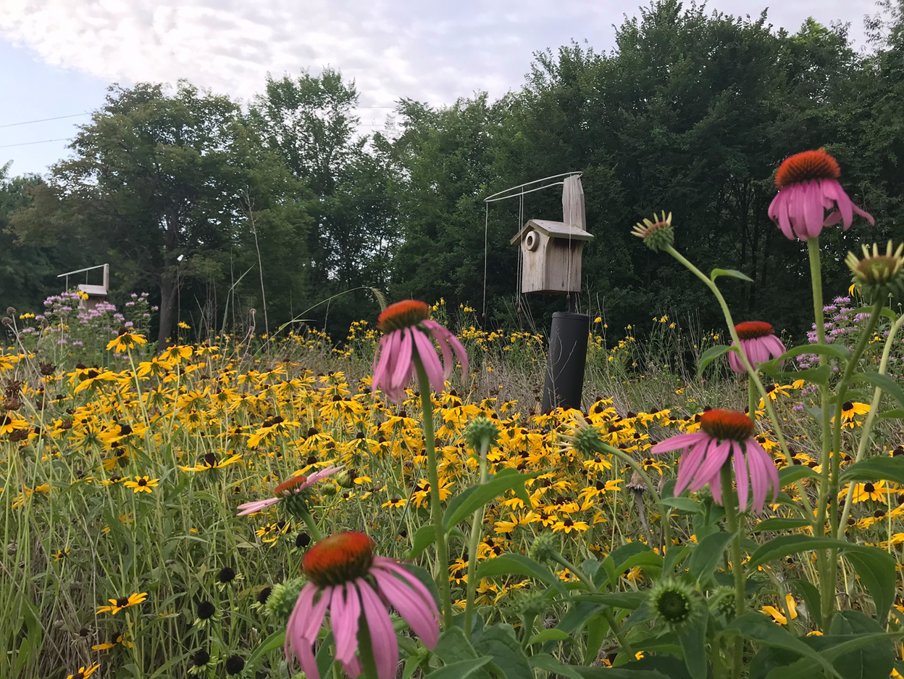 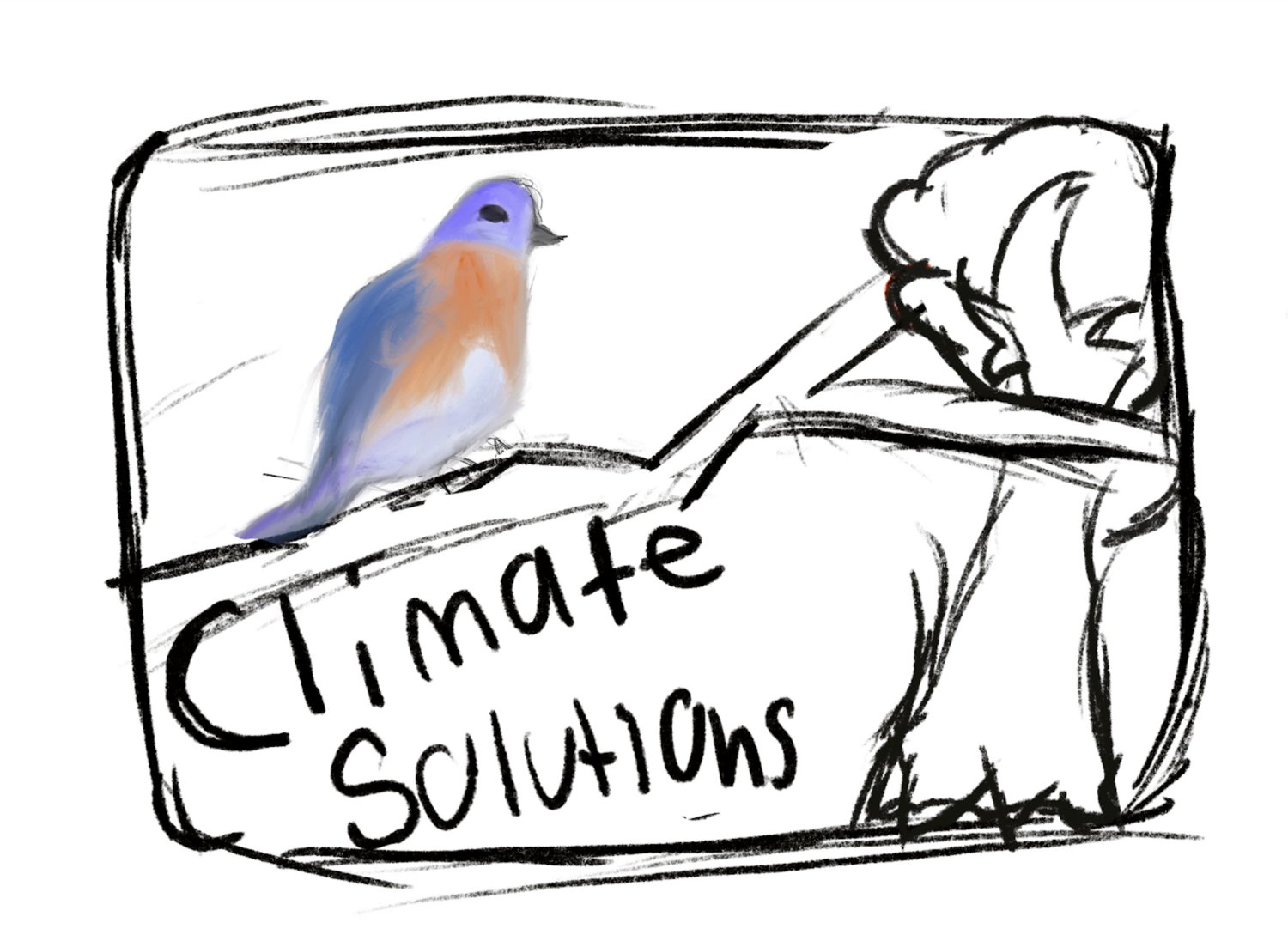 When you think of a habitat, you might imagine a forest, river or desert.

That doesn’t have to be the case.

A habitat can be as simple as a place that provides food, water and shelter for wildlife, said Natalie Cypher, a naturalist and educator in the Department of Natural Resources Outdoor Adventure Center in Detroit.

Building a backyard habitat can require as much or as little space as you want, Cypher said. It depends on what types of wildlife you want to attract.

Research is the first step. 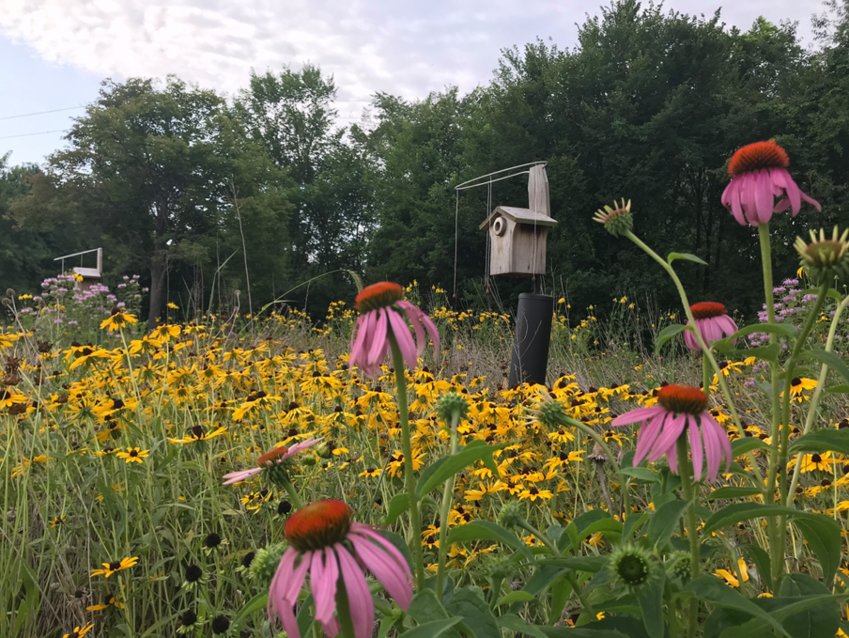 Backyard habitats with native plants are beneficial to wildlife.

“If you’re looking to provide a habitat for monarch butterflies, you have to use milkweed,” Cypher said. “Monarch butterflies only lay their eggs on milkweed plants, and it’s the only food that their caterpillars will eat.”

A big yard isn’t necessary. That’s especially true if you want to attract pollinators like bees, butterflies and hummingbirds.

You can even provide a habitat for pollinators on a balcony or porch, Cypher said.

“You could feed them with flowers.”

Backyard habitats benefit both wildlife and the people making them. For wildlife, they provide food and a safe place to nest. People benefit because of the positive feelings associated with added greenery and the presence of wildlife.

In a suburban neighborhood, a lot of land doesn’t provide habitat, Cypher said.

One million acres of wildlife habitat are lost every year due to suburban development across the country, according to the National Wildlife Federation.

“Providing a small patch of habitat can be high impact,” Cypher said.

Native plants use less water and sequester carbon, according to the National Wildlife Federation.

Cypher said home gardeners benefit from native pollinators, such as bees and butterflies because they can increase fruit and vegetable production and help control pests, Cypher said.

Some advantages of these habitats are even simpler.

You can go outside and watch the bees and see migratory birds stopping at the shrubs you planted, she said.

“It’s kind of calming and therapeutic.”

Those therapeutic feelings might not be easy to come by.

Depending on the scale of your habitat, it could take some work, Cypher said. You also need time for maintenance tasks like weeding.

Municipal ordinances and homeowners’ association regulations rules could create another challenge because their rules about the use of plants in landscaping might hinder your backyard habitat, Cypher said.

“However, as more people get interested in this, they’re starting to spread the word of the benefits of it.”

There also could be confusion about what native plants are and how they behave, so education among neighbors might be helpful, Cypher said. Signs marked “Certified Wildlife Habitat” are good tools.

“And that way your neighbors would know, ‘Oh, that’s what they’re doing. They’re providing wildlife habitat.’”

Michelle Serreyn faced such challenges when building her own habitat.

“My neighbors didn’t quite understand what I was doing,” said Serreyn, an educational programmer at the DNR Outdoor Adventure Center.

One neighbor worried that her yard was wee dy, so she kept the perimeter as clean as possible.

“Most of the neighbors didn’t really care,” she said.

Her advice for those looking to build a backyard habitat is that wildlife’s needs are the first priority.

People should focus on the wildlife that they’ll typically see and do their best to provide what they need, she said.

Planning is another important part of building a habitat.

“Make sure you look at city ordinances because they’re different for each community,” Serreyn said.

In addition, people should confer with members of their community, she said.

Talking to those with backyard habitats, attending webinars or garden club meetings and going on local wildflower walks are helpful when planning a habitat, Serreyn said.

“See what these things look like in their natural setting because that’s what the animals are looking for,” Serreyn said.

“They’re not just looking for a big clump of milkweed necessarily. They’re looking for something that looks like what’s programmed in their head to be a relatively natural setting.”

Yard size doesn’t matter – just work with the space you have, she said.

Serreyn said a friend in Detroit has a postage-stamp-sized yard filled with native plants.

“She gets all kinds of fun birds in this just teeny little lot.”

A habitat certified by the National Wildlife Federation must provide food, water, cover and places to raise young. It also must follow sustainable practices, such as using mulch, removing nonnative plants and avoiding chemical fertilizers.