Flash in the Pan: Squashed 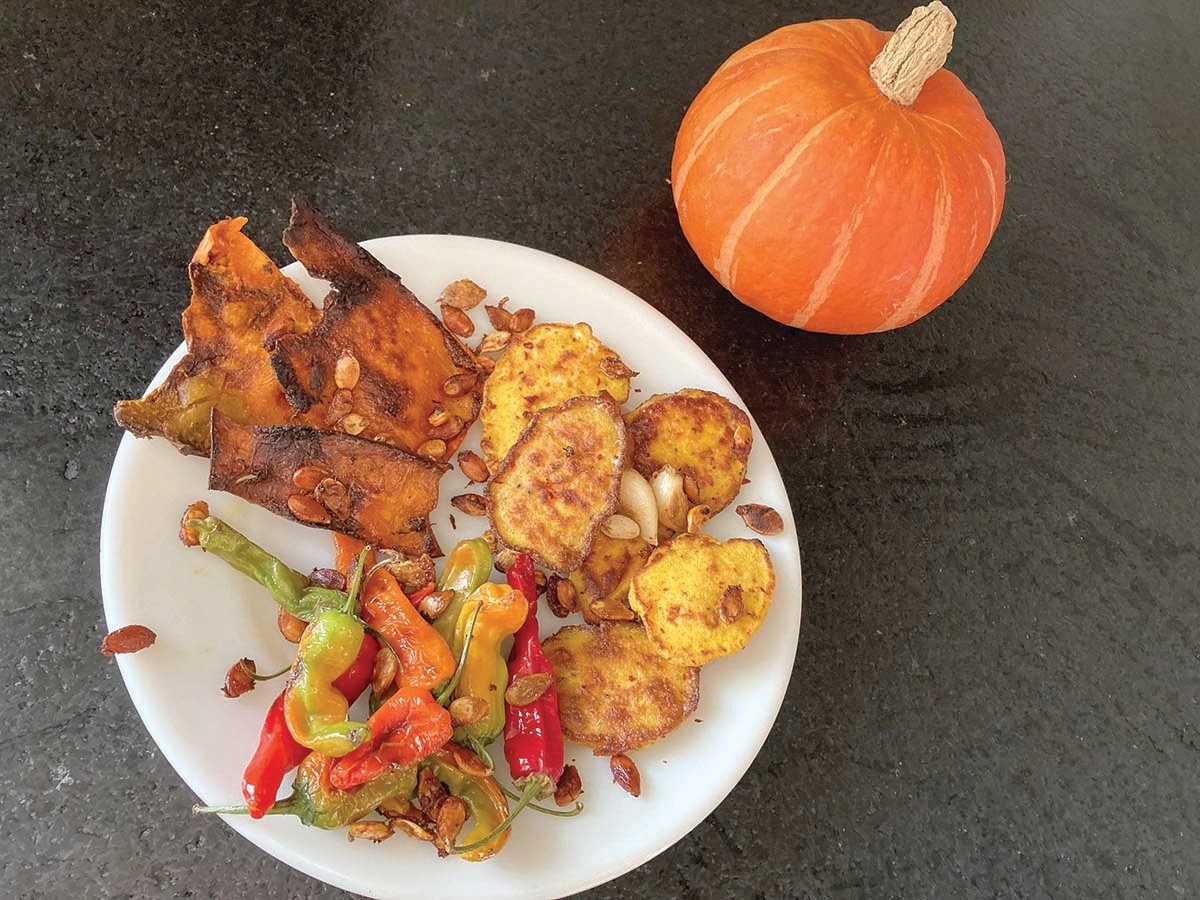 I would have been OK with it if they were stealing our squash to feed their families, but it wasn’t the case. One of the thieves had a buttercup squash and the other what looked like a sunshine, both $4 sized. With no time to hide the squash as we drove up, they scurried away sheepishly while we checked the cash box, which was empty, at which point they turned tails and ran.

We strolled after them in leisurely pursuit, comparing notes on what had just gone down in front of our eyes in broad daylight. My son, who nodded to the thieves as they walked by with the little squashes we did not yet know were stolen, knows who they are and where they live. At first, I thought the kid with the long underwear under his shorts had a little sunshine squash, which kind of broke my heart as it’s my favorite kind. About halfway to their house we found broken pieces of red kuri squash on the sidewalk. I was relieved it wasn’t a sunshine after all. At that point, we returned home to prepare for other matters. Like a fine pumpkin pie, revenge is excellent served cold.

It was about that time that I received an email with an attached photo of a very sad pancake. “I am so bored with breakfast!” my friend wrote, interspersed with words I can’t print. “What should I do?”

I am not usually a breakfast eater, but some people are just going to eat some breakfast, and I have to respect that. I got to work perfecting two squash-based breakfast recipes, one sweet and one savory. I practiced the sweet recipe on my kids, who enjoy foods with syrup. I practiced the savory version on myself, but in the afternoon, when it isn’t really breakfast anymore.

The sweet breakfast is almost too easy. I scoop a few spoonsful of soft, cooked squash into a little bowl and mash it until it’s completely smooth. Then I add it to my favorite French toast recipe. The squash adds a thick, rich orange coating to the French toast, keeping it moist and soft. The squash flies completely under radar. The kids loved it but could not guess the secret ingredient.

When I do eat breakfast, I typically prefer savory, as I would rather add hot sauce than sweet syrup. My savory breakfast squash is fried in bacon grease. Everything, including seeds, skin and egg fritters with squash. If you don’t do bacon, follow along with your favorite oil.

We can’t squash every beef in life, but at least we can squash our breakfast. On most days, that’s enough.

One winter squash. I like sunshine or kabocha squash.

Cut the squash in half along the axis of your choice and place the halves cut sides down on a baking pan, seeds and all, and bake at 350 for about 40 minutes, until soft enough to push in from the outside. Remove from the oven and allow to cool to room temperature. Then scrape out the seeds and strings in the middle and set aside. Scrape the skin clean of squash flesh. Put the flesh in bowl and mash until smooth. Set aside the skin.

Beat together the wet ingredients until smoothly mixed. Dredge the bread. If the bread is extra hard and crusty soak it for up to an hour. Sauté the slices in butter, like you do with French toast.

1-4 slices of bacon, depending on how fatty it is. Enough to add about two tablespoons of oil to the pan
squash seeds, somewhat cleaned but not meticulously spit-shined
squash skin
2 eggs, beaten
2 tablespoons cooked squash
1 tablespoon bread crumbs
1 tablespoon grated hard cheese like Romano
1 clove garlic, grated
pinches of salt and pepper
More oil as necessary

Fry the bacon until nicely browned. Remove the bacon and fry the seeds, spreading them out so no two are touching. Find room in the grease for some pieces of cleaned squash skin and set them down with exterior sides in the grease. Turn the heat down to low/medium and slowly fry the seeds and skin, turning when browned on one side.

Whilst the seeds and skins bubble in the oil, beat the eggs with the squash, bread crumbs, cheese, garlic, salt and pepper.  Remove the browned seeds and skins. If the pan is close to dry, add more oil. Turn the heat to above medium. When the oil starts to sizzle at the slightest provocation, pour 1/4 cup or so of the batter at a time into the oil, in dollops far enough apart from one another that they won’t touch. There should be enough oil in the pan that the dollops float atop a thin layer. After about 10 minutes, flip them. When the other sides are brown, remove them from the pan and drain them on paper towels. Serve with hot sauce.