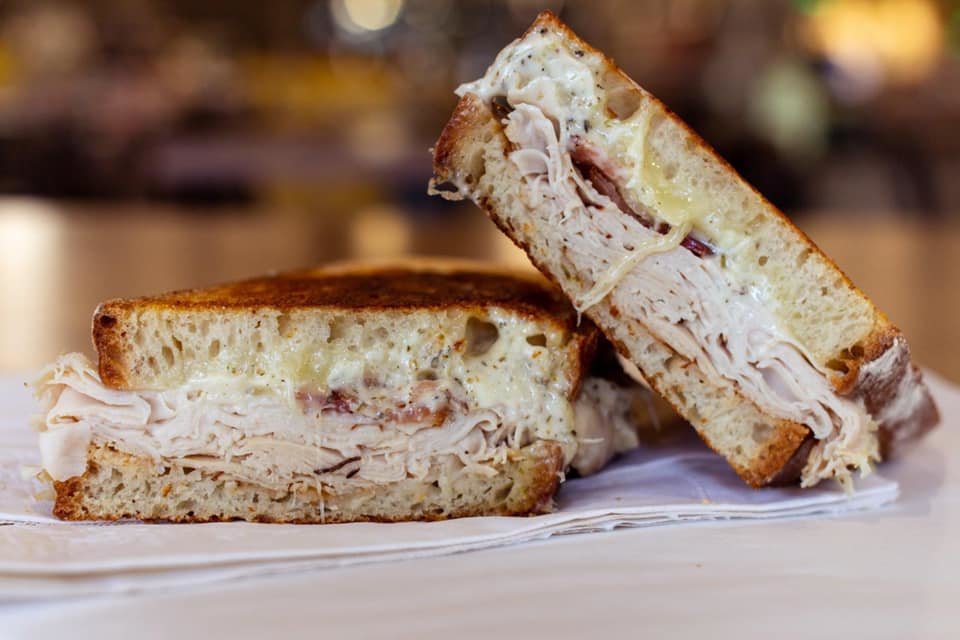 Capital City Deli, located inside Meijer Capital City Market, offers gourmet sandwiches and salads whether you’re at the new shopping center for some groceries or just to pick up a quick bite to eat.

Capital City Deli is the creation of Michigan sandwich mogul Scott Schulz, who first got into the business 17 years ago with Cherry Deli and now owns several delicatessens — including West Side Deli, which is situated inside a similar Meijer market in downtown Grand Rapids. Based off the success of West Side Deli, Schulz was offered the opportunity to open another location inside Lansing’s Capital City Market.

General manager Madeline Schulz said Capital City Deli earned its reputation by making its sandwiches very large and by offering an extremely wide variety of ingredients and signature options. There are 59 different types of sandwiches available at the deli, with its take on the Reuben one of the most popular options. Capital City Deli also makes some nods to Lansing life, such as naming its blackened chicken sandwich after the Potter Park Zoo.

“We’re really known for the amount of meat on our sandwiches, and the selection of what you can get on them,” Schulz said.

Because the pandemic has shut down all dine-in options, customers have to pick up their sandwiches and take them home. Capital City Deli has plans to eventually offer delivery through services like Door Dash and Uber Eats. Once the pandemic finally dies down and temperatures warm back up, six wide garage-style doors that open up right next to the deli will allow shoppers to enjoy summer sunlight and fresh spring air as they eat their sandwiches.

“We’ve never had a restaurant in Lansing, so we’re learning as we go. We have a vast selection, and we think you’ll be able to find something you like,” Schulz said.

Located inside the Capital City Market