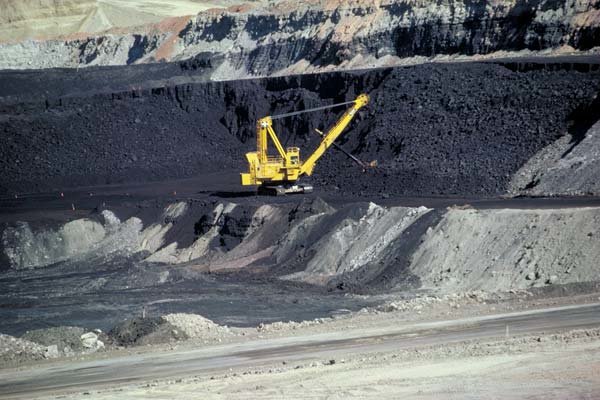 A new study by Michigan State University shows an increase in doctor visits for shortness of breath among long-term sand and gravel mine workers in the state, compared to the rate for production workers in other industries.

The College of Human Medicine studied lung disease and the exposure to silica, other allergens and irritants of mine workers who have worked more than 15 years in the industry.

The state has more than 3,500 surface miners, 1,207 of whom voluntarily participated in the study.

There are about 450 surface mines in Michigan. Allegan, Kalamazoo, Kent, Lapeer, Livingston, Oakland, Roscommon and Washtenaw counties all have five or more sand and gravel mines.

Hailey TenHarmsel, the lead author of the study in the “Journal of Occupational and Environmental Medicine,” said the researchers attended 156 training sessions by the Michigan Safety and Health Administration and made presentations there in 2019 and 2020.

TenHarmsel said the study offered free chest X-rays and breathing tests for those with at least 15 years in the industry.

Though researchers found no cases of silicosis, a lung disease affecting many miners, they did find an increased prevalence of seeing a doctor for shortness of breath, possible work-related asthma and chronic obstructive pulmonary disease.

TenHarmsel said there’s cause for concern.

“People anecdotally say that they’re having shortness of breath, and it concerns them enough to see a doctor,” TenHarsmel said.

Surface miners are crushing up the earth’s surface or old concrete, so there are exposures and some risk to workers, according to TenHarsmel.

Yet, industry leaders say that working in the mine is safe and precautions are taken to ensure that.

Mine workers must take eight hours of training annually to ensure safety precautions are met, according to Matt Portfleet, the director of mine safety at Michigan Technological University.

Portfleet said training is required due to changes in mine sites, job safety and new protocols, such as many seasonal mining operations occurring in the state.

Doug Needham, the executive director of the Okemos-based Michigan Aggregates Association, said: “Miners who are working in active sand and gravel operations are not exposed to any air particulate that will cause any damage to them.”

The association represents 85% of all of the aggregate mining in the state.

“We are making sure the health and safety of the work itself and companies doing air monitoring aren’t exposed to anything,” Needham said.

“We put in air monitors on their chest throughout a normal eight-hour day, and at the end of the day, they turn them in and get tested to ensure they weren’t exposed to any limits that will cause them harm,” he said.

The researchers said they were unable to contact some mine workers “due to the lack of interest of many mine owners and their trade organization to support the project.”

They also noted that the study involved only current miners, not those who became ill and left their jobs or retired. Researchers also recommended further study of retirees and more long-term workers in the industry.