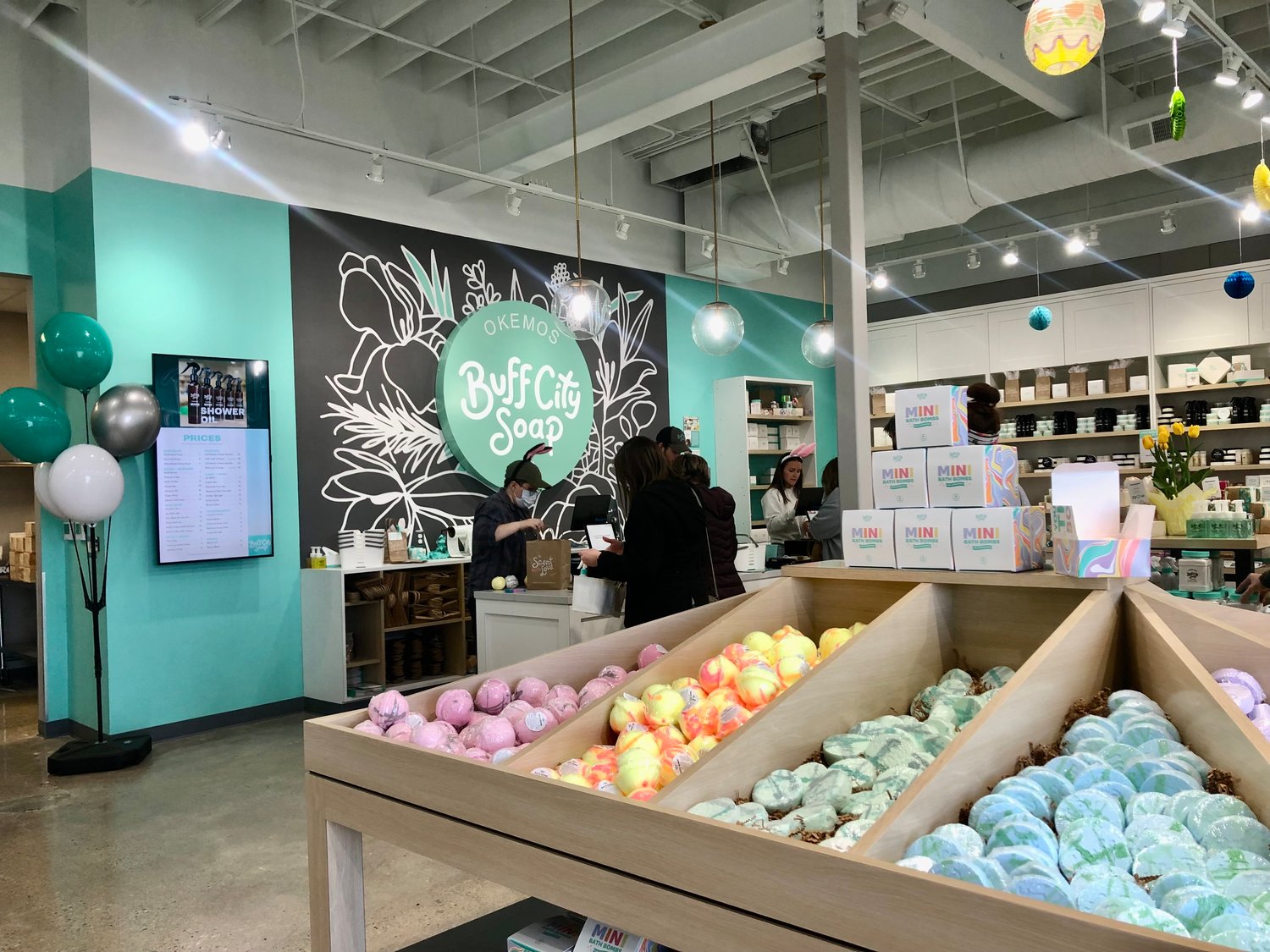 Buff City Soap, which just opened in Okemos, has hundreds of locations — but this is the first one near a college town.

And to celebrate, the chain has produced Sparty On, a festive green and white soap bar.

“We were really, really excited about that,” said Madison Shipman, the franchise’s area representative. “We also do fundraising, so it’s super important that we’re immersed in our community. From that aspect, we’re excited to be next to a college.”

Shipman described her company as the “Willy Wonka’s Chocolate Factory” of soaps.

“It’s not like anything else,” Shipman said. “There’s color everywhere. There are over 30 scents you can pick from. It’s truly such a hands-on experience. It’s more than just a retail store.”

Buff City Soap, a Tennessee-based brand that specializes in handmade soaps that are free of harsh chemicals, detergents and animal fats, celebrated its grand opening on Thursday (April 14). The bath bombs like Love Potion smell of roses, while the pink and purple Unicorn Soap delivers a fruity aroma.

The store also stocks laundry soap and lip balm (though the lip balms are not made in-house). There are various other lines specifically made for men, children and dogs — with a $7 pup soap that “smells like a barking good bath time.”

Shipman said their chain is important because what we put on our skin is “equally as important” as what we consume. The products at Buff City are plant-based with minimal packaging, so they’re good for your skin and the environment.

Buff City has around 200 stores nationwide, mainly in the South, though. However, Shipman said more are rapidly popping across the Midwest. Michigan alone has locations in Brighton, Rochester Hills and Shelby Township, but locations in Canton and West Bloomfield are coming soon, according to the company’s website.

The shop also offers soap and bath bomb parties. Partygoers can make and paint their own bath bombs at the store’s workshop bar to take home. Customers can purchase customized products for events like baby showers and birthdays. Shipman said the personalization of soaps and bath bombs is “the best part” about the store.