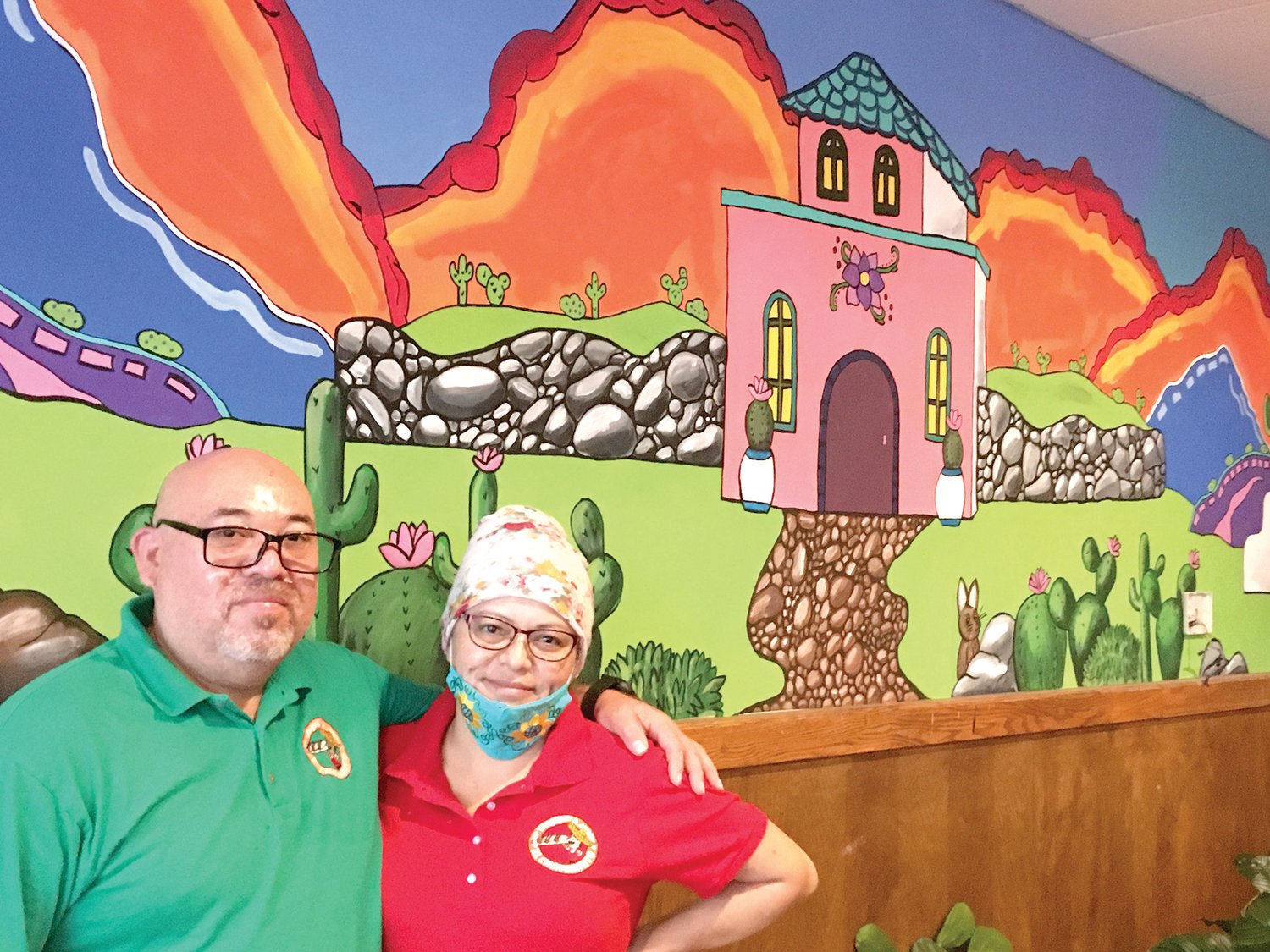 Taqueria El Chaparrito is settling into its newest location. The Mexican restaurant recently opened a second location on Saginaw Highway, featuring work-in-progress areas such as an event space and a buffet space.

There’s even room for a tortilla maker, something the other location of the business couldn’t fit.

“It was a lot of work over here,” Lourdes Casillas said Sunday. She owns the restaurant with her husband, Saul Martinez.

The location was chosen in November, because the previous location on César E. Chávez Avenue in Lansing’s Old Town was too small.

The floors at the new location were redone and walls were repainted; family member Itzel Arias painted a mural at the front of the restaurant.

Originally planned to open the new location in April, the coronavirus pandemic pushed back the opening to last month, Martinez said.

Casillas said there are two different listings on Google for the business’s information such as hours and location, one of which was not made by the business. This issue is still being fixed, she said.

Also, the original location has been closed since the spring due to the pandemic, said Vanessa Casillas, a server at the restaurant and in-law to Casillas and Martinez.

The new location is being used because of the larger space to separate people further from each other to protect them.

“Everyone working at the other location works here,” Vanessa Casillas said.

A date to reopen the other location has not been determined.

However, repeat customers have found the new location, Casillas said.

“We’ve got all of our old customers coming in,” she said. “We’re seeing familiar faces.”

Sunday was a busy day for the restaurant; several parties of patrons came through during midday.

Items such as tacos and quesadillas are made with traditional ingredients. The restaurant’s most popular item is the birria taco, which includes red peppers, beef and cheese.

“We don’t Americanize it,” Lourdes Casillas said. “Our food is homemade. Everything we try to do fresh.”

Many of the items served at the restaurant have been cooked at the family’s home first, she said.

A little more than a week after opening the new location, it was vandalized including flags being torn down or stolen. Additionally, some patrons verbally attacked the restaurant owners before the vandalism occurred.

There is no new information regarding who may have vandalized the restaurant, Casillas said.

The restaurant — named after a phrase in Spanish meaning “shorty taco restaurant” that Lourdes Casillas’s grandson said — has come a long way since its beginnings in October 2017 as a food cart.

There were no authentic Mexican restaurants when he arrived in Lansing in 2001, Martinez told the City Pulse in 2017. The family came from Mexico to Bakersfield, California, and eventually to Michigan.

The dream of opening the restaurant goes back to the days of Martinez’s youth in Mexico, he said at the time. “When I was a baby, my mom helped me cook in my house and I liked to cook. When I saw this, I wanted to open a restaurant.”

This story is paid for by readers like you through contributions to the CityPulse Fund for Community Journalism. To contribute, please go to lansingcitypulse.com/donation.