The CP Edit: Do it for the Davises 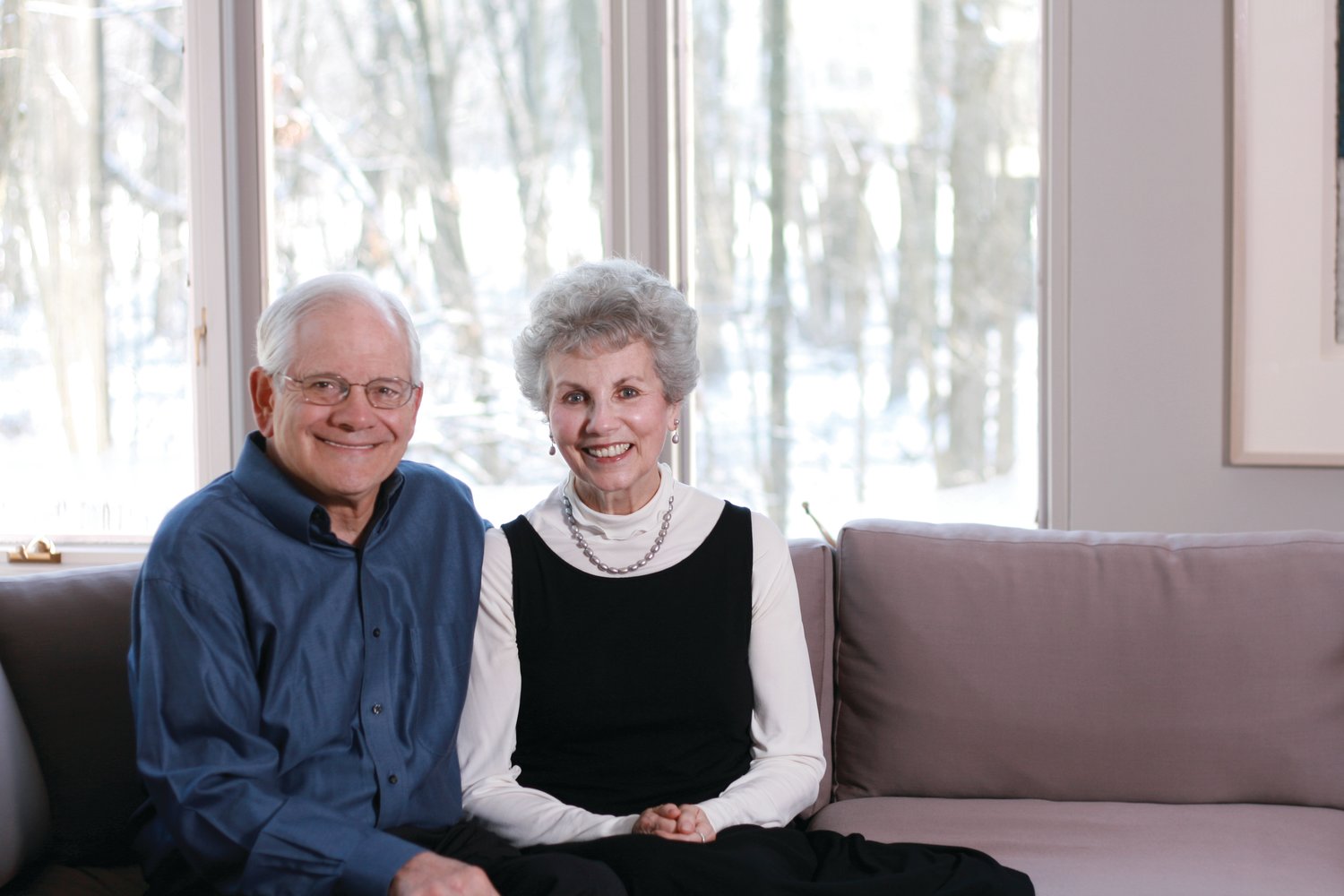 It’s no secret we’re big fans of Mayor Andy Schor’s plan to build a new performing arts center in downtown Lansing. In fact, we’re positively giddy at the prospect, along with a regional arts community that is both thrilled and energized to see one of our long-held, shared dreams come true.

When Schor unveiled the plan last month, though, we were mildly disappointed to see that the entertainment facility already had a name: “The Ovation.” We were subsequently glad to learn the name is just a place holder. The plan is to sell the name, and that’s understandable, given $10 million or so still needs to be raised for the best version of the center.

We think we have a better idea.

We propose naming it the Jack and Susan Davis Center for the Performing Arts — the Davis Center for short. We humbly and respectfully offer this alternative because it’s an opportunity to honor a true Lansing giant and his spouse, who together made Greater Lansing a better place to live in countless ways, especially through their extraordinary support for the arts. It’s not often that major public buildings are named after people these days, in part because they just aren’t built very frequently. In 2017, Lansing City Hall was officially renamed after former Mayor David Hollister, a well-deserved honorific that recognized his transformational tenure as the capital city’s chief executive. We believe the Davis’s legacy is in the same league as Hollister’s. If the question is, “Are they worthy?”, the answer is a resounding yes.

Those who knew Jack, who passed away in 2020 at the age of 81, and Susan, his wife of more than 50 years, already understand why we think the new performing arts center should honor their immeasurable contributions to the Greater Lansing community. For the unfamiliar, Jack Davis was one of those iconic figures who come along every now and then in a city’s history, someone whose impact on the trajectory of the community was so significant that he can fairly be called a legend.

A Harvard-trained attorney, Jack helped launch Lansing’s Loomis Law Firm in 1966 and led the firm as a partner for the next 50+ years. A man of his caliber easily could have taken his talents elsewhere, to New York or Chicago or Los Angeles, but he remained deeply loyal to his hometown, where he attended Lansing public schools and graduated from Eastern High School. His dedication to public education and uplifting Lansing’s young people was an enduring hallmark of his community involvement. He served for many years on the Lansing Board of Education, twice as its president.

Perpetually kind and unfailingly a gentleman, Jack was exceptionally generous both with his time and his treasure. The official litany of his accomplishments would take far more space than we have here, but let’s hit a few of the highlights.

When General Motors threatened to leave Lansing in 1997, Jack joined forces with then-Mayor Dave Hollister, Ray Tadgerson, John Daher and others in a bold and improbable bid to persuade the giant automaker to remain here. Ten thousand jobs and billions in future investment hinged on the outcome. The campaign worked. GM stayed in Lansing and went on to build two state-of-the-art assembly plants.

But that was just the tip of the iceberg. A wise and deeply respected counselor to mayors, CEOs and celebrities, Jack was a trusted voice at every table that mattered. He and Susan were perhaps the Lansing region’s greatest patrons of the arts, helping to guide and sustain the Lansing Symphony Orchestra, the Lansing Art Gallery and the Broad Museum, among many others.

The Davises also shared an appreciation for the beauty and wonders of the natural world around us. Their generous donation to the Fenner Nature Center financed a new educational and events facility at Fenner, which is now known as the Susan and Jack Davis Pavilion. The couple’s equally extraordinary contributions to the arts make it a no-brainer to also name the city’s new performing arts center after them.

But that’s the easy part. The more daunting task will be raising the additional $10 million or so to bring the project across the finish line. During his successful reelection campaign, Mayor Schor’s prodigious fundraising talents were on full display as he amassed a quarter-million-dollar war chest. We’re counting on him to put those skills to work once again by leading the charge to secure the rest of the money for the performing arts center. We think naming it for the Davises will generate significant support from the legions of Lansingites who love and respect one of our city’s great couples. To paraphrase a legendary movie line: “If you name it, they will give.”

It’s no small task to raise $10 million in Lansing, no matter how worthy the cause. Our region simply doesn’t have a DeVos family, as in Grand Rapids, or the Strykers in Kalamazoo, who can dig into their deep pockets to build just about anything their communities desire.

So, to help things along, City Pulse is putting our money where our mouth is: We will donate at least 12 full-page ads in this paper to promote the fundraising campaign, on the condition that the performing arts center is named after the Davises. We believe the simple act of naming the facility after the couple will itself ensure the success of the campaign. What better way for their legions of friends and fans to help honor them?

While we’re convinced that naming the new performing arts center after Jack and Susan is an idea that deserves an ovation, we’ll settle for polite applause and a generous donation to the cause.