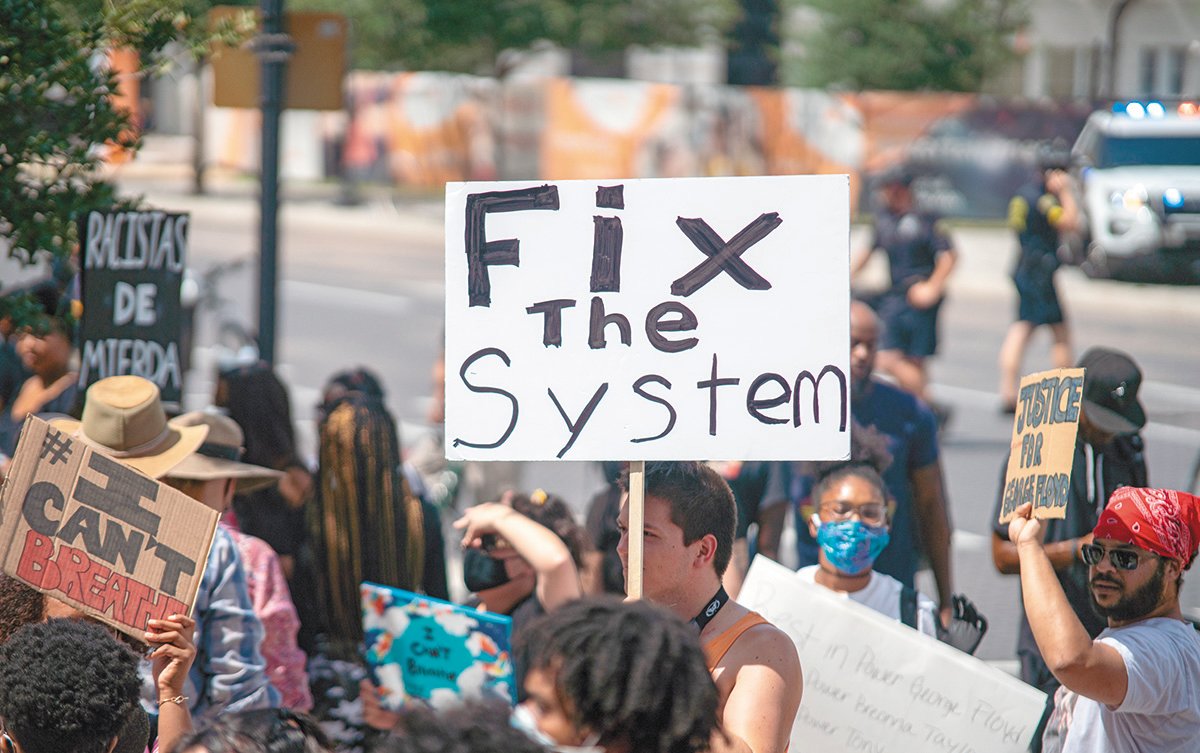 One year after the inexcusable and depraved murder of George Floyd at the hands of Minneapolis police officers, lawmakers here in Michigan are stepping up to limit the broad authority held by police to use lethal force. Bipartisan legislation introduced in the Michigan Senate last week would enact a series of important reforms that aim to reduce police brutality and officer-involved deaths, while increasing the accountability of law enforcement officers and agencies across the state. We endorse the package of bills and urge lawmakers to move expeditiously to adopt them.

Among other provisions, the bills require the Michigan Commission on Law Enforcement Standards to establish guidelines for independent investigations of officer-involved deaths, enhance record-keeping of officer infractions to help track bad actors, give the commission the authority to revoke the license of an officer who uses excessive force causing great bodily harm or death, and develop training standards for deescalation, implicit bias and behavioral health. The bills also require officers to intercede when another officer uses excessive force and authorizes disciplinary action against those who fail to do so. Perhaps most important, the proposed reforms require officers to exhaust all possible alternatives before using deadly force. Of these changes, we think independent investigations of officer-involved deaths, enhanced training standards and requiring officers to exhaust alternatives before using deadly force are paramount.

Here in Lansing, the tragic case of Anthony Hulon, who died in the city lockup while being restrained by a group of detention officers, highlights the need for truly independent investigations. Hulon’s death was ruled a homicide by the medical examiner, but a subsequent investigation by the Michigan State Police and a review of the case by Attorney General Dana Nessel’s office ended with no charges against any of the officers. This was a shocking and perplexing outcome given compelling video evidence that the officers violated multiple policies and that they ignored no less than eight directives from an automated external defibrillator machine to provide rescue breathing support to Hulon. Their failure to do so constitutes dereliction of duty at the least, and criminal culpability for Hulon’s death at the most. It now falls to the Lansing Police Department’s internal disciplinary process and the outcome of the Hulon family’s wrongful death lawsuit against the city to determine if the officers will be held accountable in any way whatsoever.

Most recently, a Lansing man was killed last month by an Ionia County sheriff’s deputy following a car chase. The suspect used the stolen vehicle to ram the police car. In response to the vehicular assault, the officer shot and killed the suspect. This begs the question: Should police officers be allowed to administer the death penalty on the spot when they perceive a threat to their safety? Or should they be trained to avoid such situations in the first place (whenever possible), retreat as needed to avoid a deadly encounter, call for reinforcements, or pursue another course of action to capture the suspect?

When it comes to impactful solutions, the crux of the matter is how police officers are trained to respond to threats. Critical incidents sometimes require split-second decisions, and those decisions must be grounded in rigorous training that provides a solid foundation for determining when to pull the trigger and when to walk away. There will be errors in judgment, to be sure, but lives can be saved by narrowing the scope of actions officers are allowed to take when faced with an active threat and then training them to that standard.

The U.S. Congress is also moving forward with the George Floyd Justice in Policing Act, which passed the House of Representatives in March on a largely party line vote and is awaiting action in the Senate. If adopted, the measure will force states and local governments who receive federal funds to adopt anti-discrimination policies, revise their use of force policies, and establish independent investigations. Among the key provisions of the federal legislation is creating a national registry of officers who have been convicted of excessive force violations and limiting the use of qualified immunity as a defense against police misconduct.

We would be remiss if we didn’t also point out the direct correlation between the easy availability of firearms in America and the need for armed police officers to confront gun-toting thugs. In England, where personal ownership of firearms is strictly regulated, most police officers don’t even carry guns. The classic image of a British bobby on patrol with nothing but a nightstick should remind us all that a heavily armed society is itself a threat to the safety of its people.

In each of the past four years, about 1,000 U.S. citizens were killed by police officers. Roughly twice as many white people were killed as Black people, but the raw totals hide the disturbing reality that Blacks are killed by police officers more than twice as often as whites in proportion to their share of the population. This harsh reality suggests that racial biases are deeply ingrained in the law enforcement community, leading officers to judge people of color as a greater threat to their safety than other groups. While implicit bias training can help officers identify their own prejudices, it is incumbent on the entire policing profession to embrace transparency, to eradicate bad actors rather than shuffling them off to another agency, and to change the mindset that leads too many officers to shoot first and ask questions later.

In Washington and in Lansing, it remains to be seen if the police reform proposals will survive a process where partisanship is oftentimes more important than protecting the interests and well-being of the American people. Much like our national struggle to rein in the proliferation of guns, the effort to rein in cops who kill is marked by cycles of outrage that fade all too soon into complacency and inaction. Perhaps this time will be different.