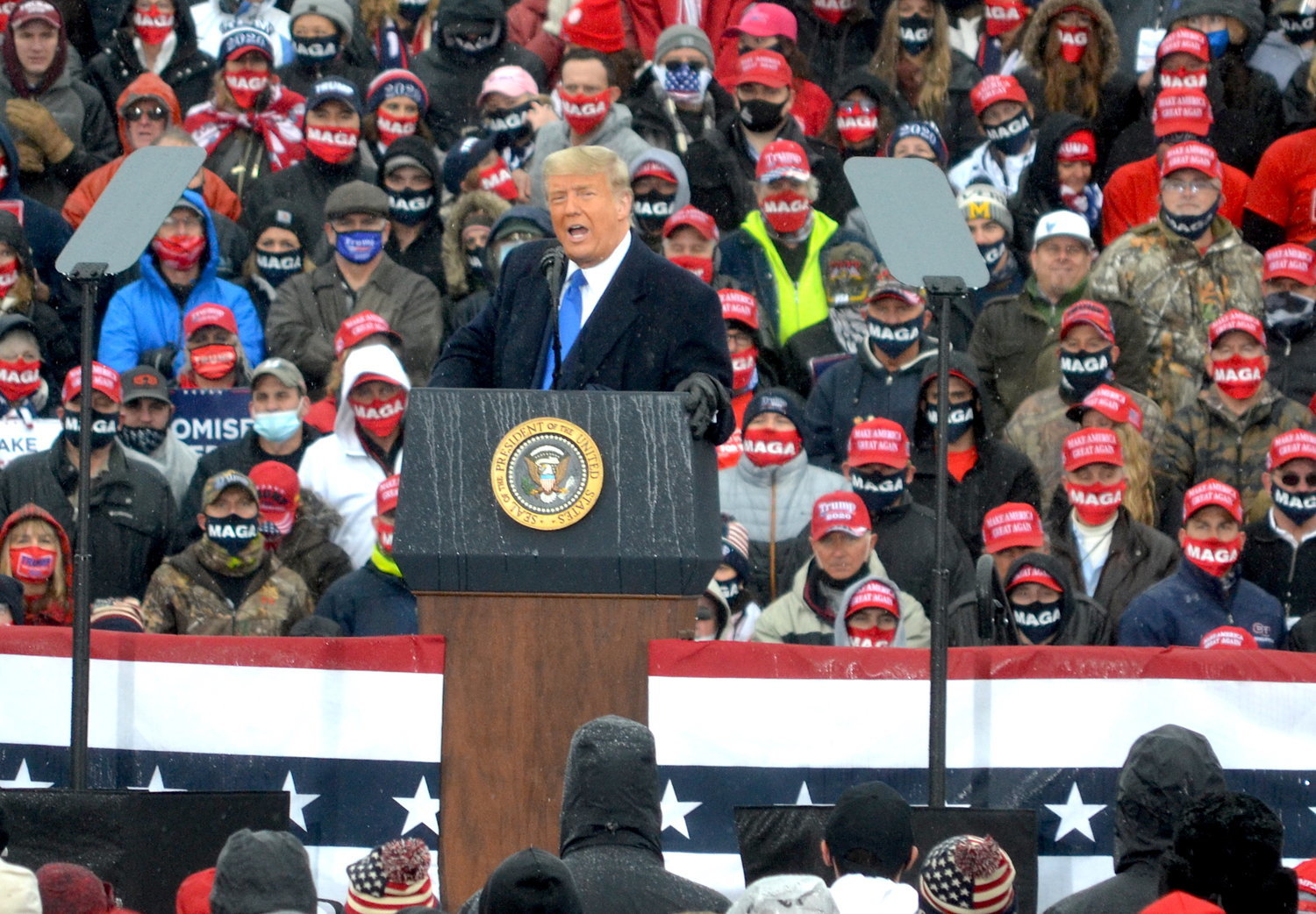 Trump has yet to endorse for governor, attorney general or in the 3rd Congressional District, where U.S. Rep. Peter Meijer also supported Trump’s impeachment, but that’s coming … at least in MI-3.

The endorsements likely clear the Republican primary field of other “America First,” pro-Trump Republicans, freeing up Karamo and Carra to receive a piece of what is reportedly a $62 million cache in Trump’s “Save America” PAC.

In the case of Karamo, Trump’s backing may have cleared the field for her to win the Republican nomination next year to face Secretary of State Jocelyn Benson.

The former 2020 election poll challenger at the TCF Center in Detroit has been running unopposed for the GOP nomination all summer. She’s ingratiated herself to “patriot” rally participants across the state, talking about her first-hand observation of the Arizona election audit, among things.

Election security will be a driving motivational tool in this race for the Republican grassroots. It’s hard to see how anyone who doesn’t support — at a minimum — a “forensic audit” (whatever that looks like) of the 2020 elections winning a GOP convention.

Without Trump’s backing, there’s no point. An “establishment candidate,” someone like Rep. Ann Bollin or Ottawa County Clerk Dan Krueger, will need to throw together a campaign in six months with little-to-no statewide name ID or money running into a Trump headwind?

Same thing in the 6th Congressional District, where Fred Upton is crossways with Trump for voting to impeach him. Upton felt Trump stirred up the crowds that trashed the U.S. Capitol Jan. 6 in the hopes of stopping the Electoral College certification.

That obviously didn’t happen, but what did happen is Upton earned himself four primary opponents and a possible fifth in Gina Johnsen, who narrowly lost last year to state Rep. Angela Witwer of the Lansing-area legislative delegation.

Even before Trump’s endorsement, Carra, 32, was the clear frontrunner. He had raised at least $100,000 as of July. The other three in the race raised $15,000 combined. With Trump’s endorsement no longer on the table, it’s hard to see where Johnsen goes for support, having not actually lived in this Southwest Michigan district.

The question now will be whom Trump backs for governor. Will he go with James Craig, who has a lot of institutional support and whom he spoke highly of when Craig was Detroit chief of police?

Will he go with Garrett Soldano? The anti-lockdown organizer raised far more money than other like-minded candidates like Ryan Kelley or Austin Chenge.

Could conservative talk show host Tudor Dixon nab it? She’s got a lot of national exposure and has the potential to raise a lot of money across the country.

Or Trump may sit this one out. To him, any of the choices are better than Gov. Gretchen Whitmer. Why get involved if Craig, Soldano and Dixon are all willing to kiss his ring?

The bigger question will be in the 3rd Congressional District, where Meijer’s primary challengers aren’t in the same league as Carra. Tom Norton only reported $11,000 in cash on hand as of July. His opponent, Audra Johnson, barely raised anything.

The two are openly trashing one another behind the scenes in the hopes of getting the backing of Trump and/or old rocker Ted Nugent. All the while, it’s not clear either have the juice to win a popular vote, even among Republicans.

With Trump already endorsing a candidate for Michigan state Senate, it appears no office is too small for the Trumpster. And if endorsements are in play, conservative Republican candidates will do anything to get it.