Turn it Down!: From Big Sur ‘Infinite Morning’ review 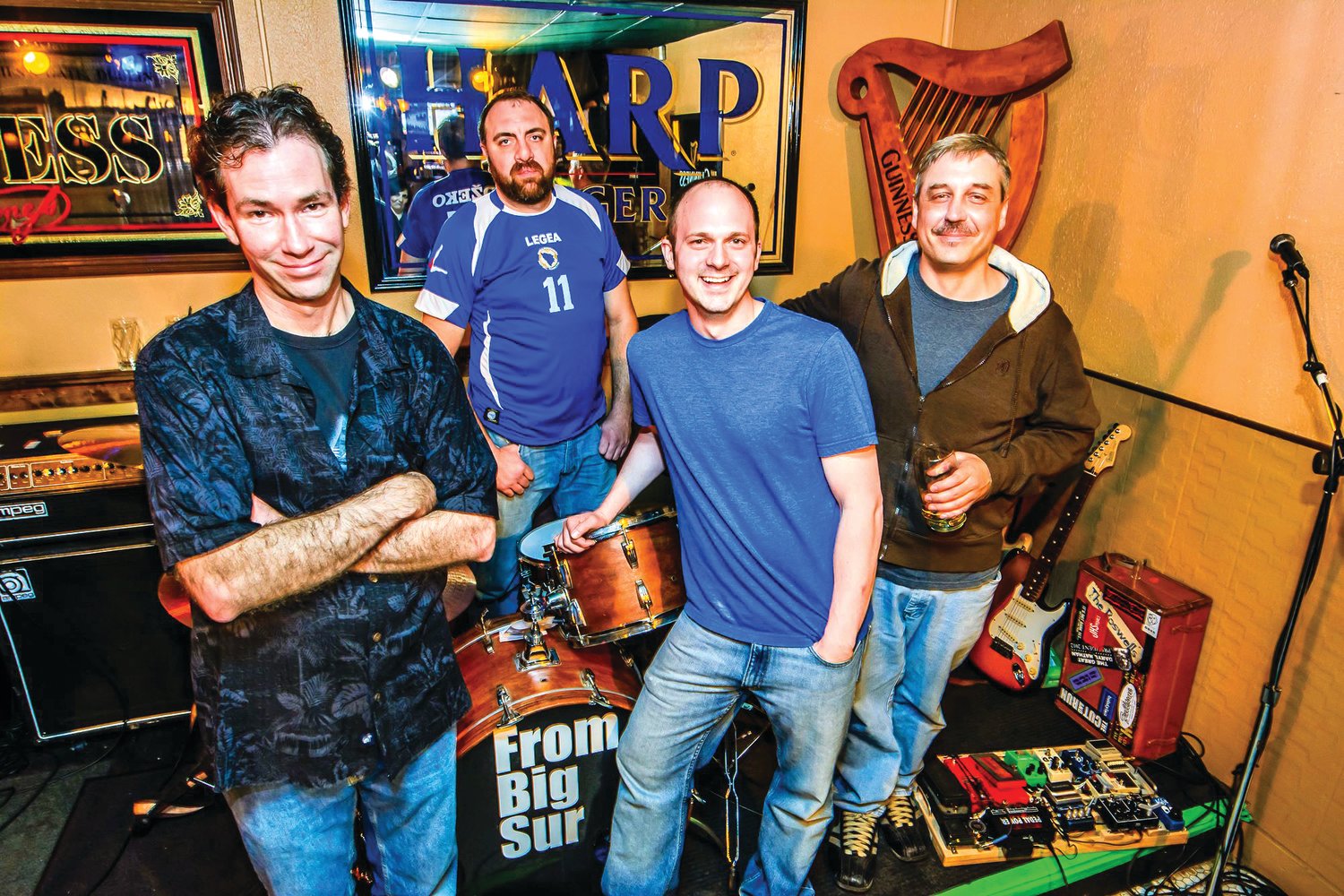 From Big Sur formed in Lansing in 2009.
Courtesy 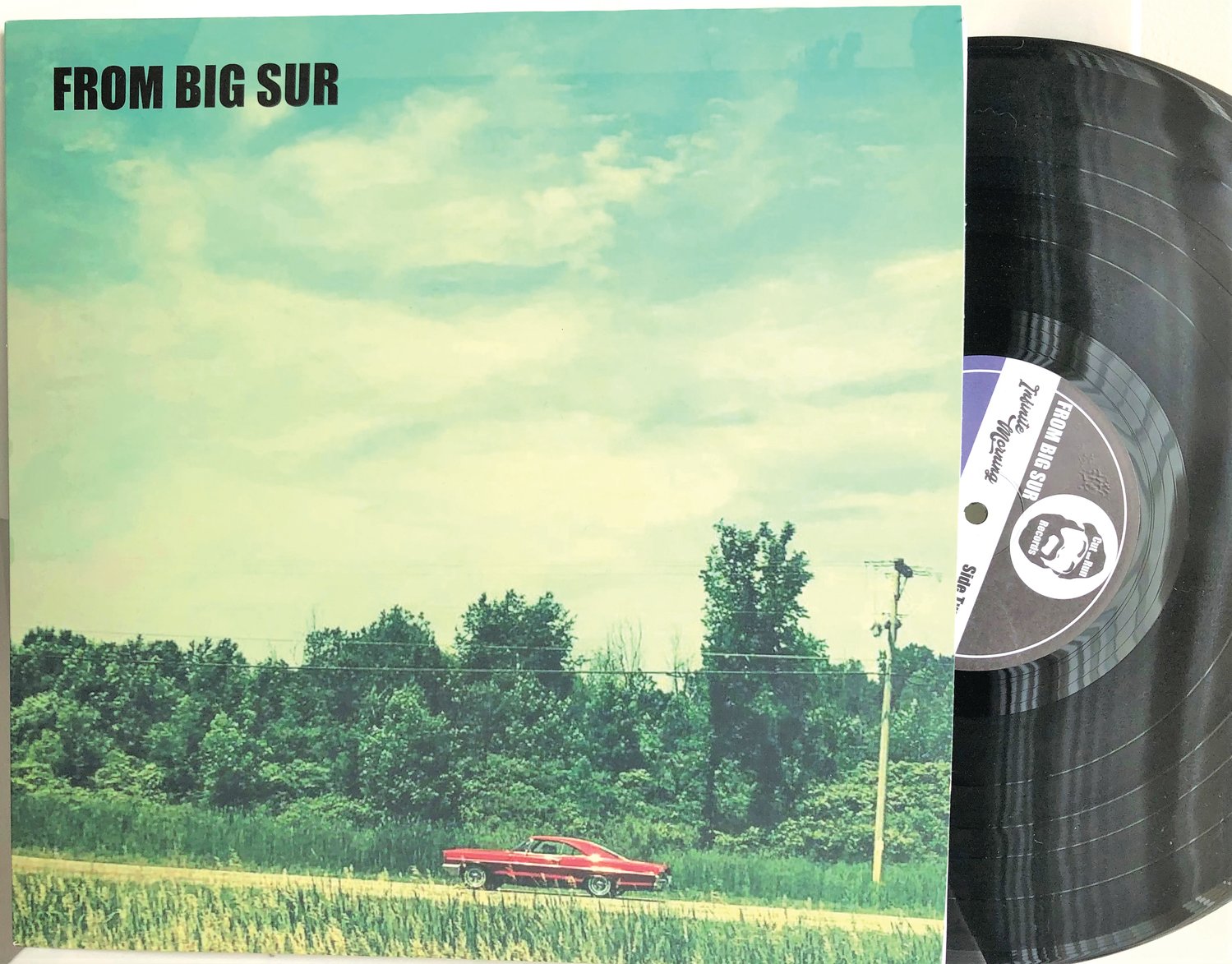 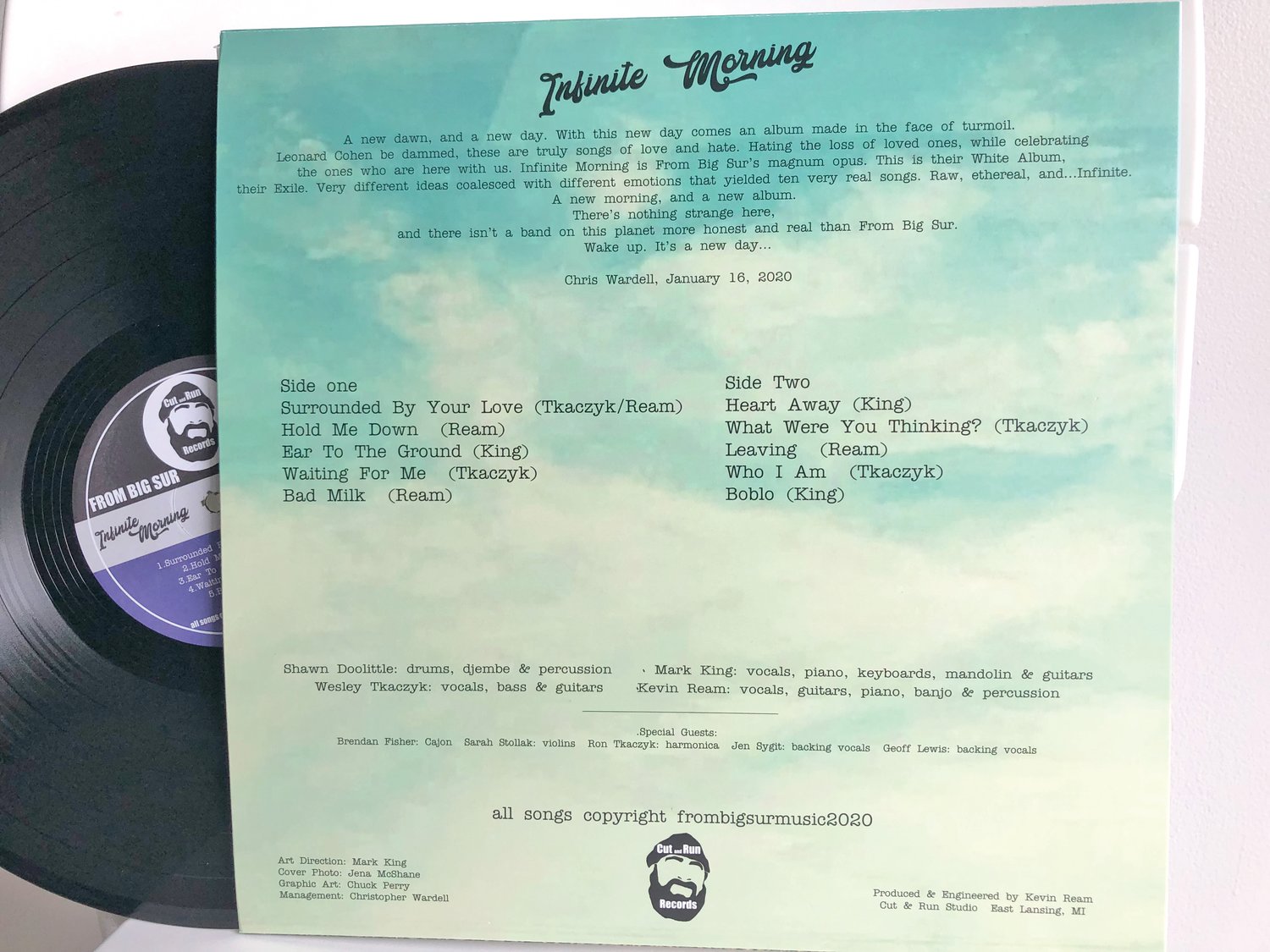 Having a band with multiple songwriters can be a double-edged sword. While having a surplus of material is generally a positive thing, sometimes having too many ideas on the table leads to a meandering mashup on record. From Big Sur, a Lansing outfit, have long managed to reign in all of their lyrics and riffs into one cohesive blend that touches on various genres while maintaining their own distinct spirit.

Pressed on wax and CD over the summer, “Infinite Morning” shows the band in all of its authentic glory. Lots of instrumentation. Lots of vocals. But, at the same time, they know when to dial it back and let silence seep into the mix.

Opening the album, “Surrounded By Your Love” dishes up huge ’60s-AM radio vibes, but also splices in some scorching guitar solos that swerve the track into progressive alt-rock territory. “Hold Me” has throwback Motown attitude — a nice-an-mellow soulful rock ‘n’ roll tune. “Ear to the Ground” kicks in with some stripped-down, well-crafted verses before sonically erupting on the choruses — all parts accented by tasteful blasts of guitar licks and percussion.

At the start of it, “Waiting for Me” comes off like it might be a basic, scuzzy blues-rocker, but in typical From Big Sur-fashion, it abruptly transcends beyond that with genre-bending, majestic hooks.

“Bad Milk” poetically closes out Side A of the vinyl with a ballad that sounds like it perhaps Bob Dylan being backed-up by a ‘90s alt-rock supergroup — an unusual concoction that somehow works on wax. This also fully documents From Big Sur’s amazing dynamics and ability to layer soaring vocal harmonies alongside guitar-driven melodies.

Opening Side 2 of “Infinite Morning” is “Heart Away,” a rustic, storytelling country-rock tune echoing the likes of Townes Van Sant and Neil Young. “What Were You Thinking” then shifts the disc back into more contemporary territory. The haunting ballad doesn’t rush to get where it’s going. From Big Sur isn’t afraid to let their songs breath, and on this one, the track moves along slowly and soulfully — sonically hitting both low valleys and towering vocal peaks. After that emotional refrain, “Leaving” boost up the ambiance with a Byrds-esque folk-rocker that could be a shelved cut mistakenly left off “Sweetheart of the Rodeo.” Roger McGuinn and the ghost of Gram Parsons would no doubt appreciate it.

The biggest earworm on the album is hands down “Who I Am.”  This one tells me that the songwriter likely grew up on both The Beatles and Fountains of Wayne. Penned by Tkaczyk, it’s a perfectly executed pop song. Remember “120 Minutes” on MTV? This would’ve been in constant rotation. Personally, I was surprised it was buried near the bottom of the record. Closing out the LP is “Boblo,” a carefree track about traveling and escaping to an island.

These days, who can’t relate to that notion?