Want to judge the best weed in Michigan? Get in line 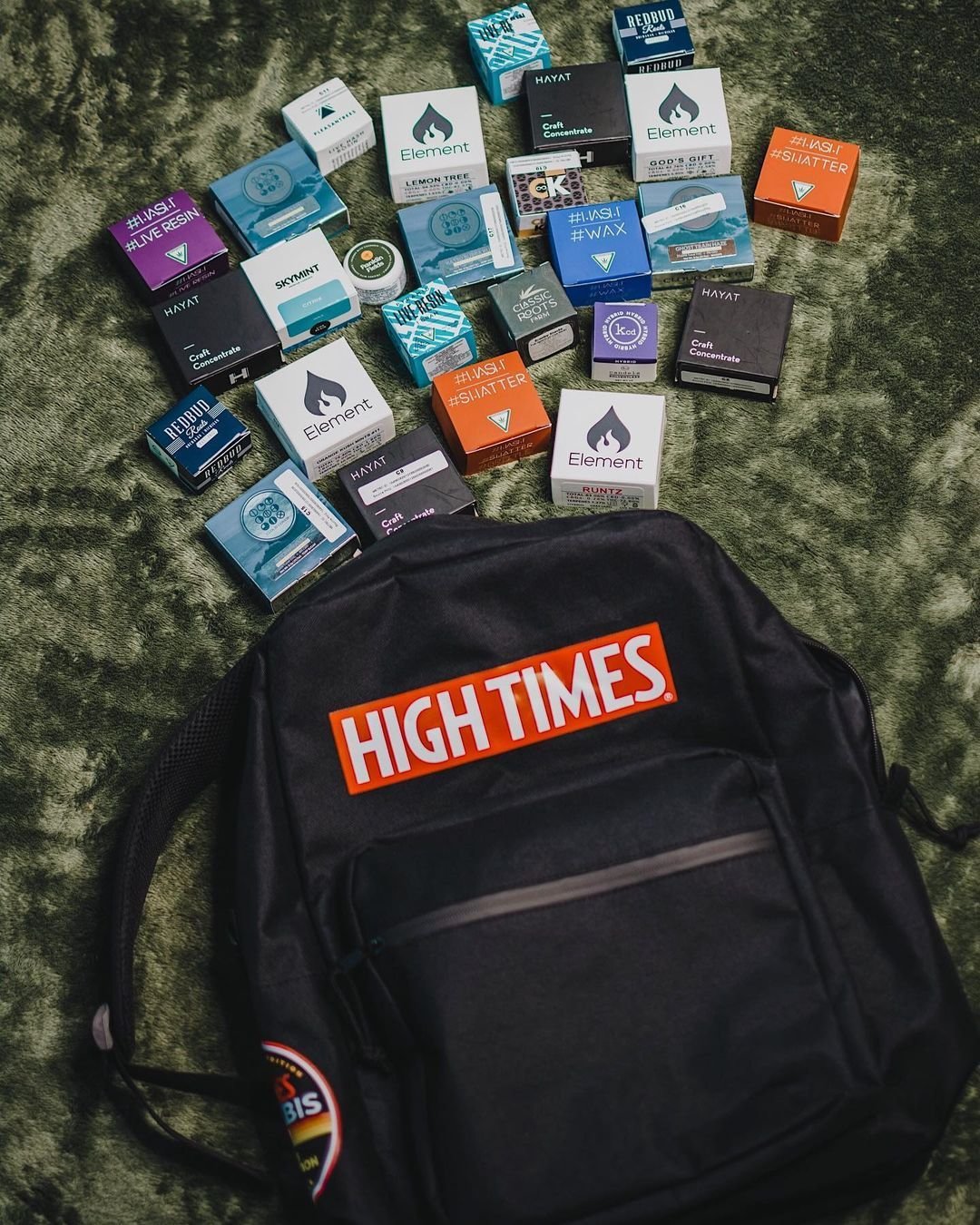 Registered judges receive a High Times backpack filled with up to 42 samples of cannabis products. Ratings will be decided by popular vote.
Posted Thursday, April 14, 2022 12:00 am
Kyle Kaminski

The penultimate competition of the state’s best recreational and medical cannabis products is landing in Lansing next week, and this weekend will likely be your only chance to join the fun.

This year’s High Times Cannabis Cup in Michigan will be the largest event in its eight-year history, offering about 3,300 everyday smokers statewide the opportunity to serve as real judges in this year’s “People’s Choice” competition, which is set to include nearly 500 different products from 75 different brands — representing well more than a literal half-ton of flower, concentrates, edibles and other dank goodies ready to be reviewed this month, according to High Times.

Beginning at 9 a.m. Saturday (April 16), Pure Options near the Frandor Shopping Center will begin selling a limited number of “judging kits” — essentially backpacks filled with cannabis — to anyone who wants to serve as a judge in this year’s High Times Cannabis Cup in Michigan.

Historically, the Cannabis Cup in Michigan has been judged by only about 200 of the state’s most renowned cannabis experts: the OG growers who have been growing the best bud for decades and know all the ins and outs of the cultivation side of the industry, said Mark Kazinec, High Times’ director of competition and events. But for the last two years, the judging for the competition has been open to the public. Anyone with at least $100 to blow can judge and the highest scores win. It’s a true democracy where real people can now decide the real victors.

Kazinec added: “Judging is no longer just for the Snoop Doggs and Willie Nelsons of the world.”

I tried to reserve myself a VIP judging seat, but I guess I’ll have to wait in line like everyone else.

Here’s how it works:

Pure Options, along with about a dozen other pot shops across the state, will be stocked with judging kits with 17 different varieties of products ranging from $99 to $299. The store will only have 108 backpacks available. And since they’ll all be sold on a first-come-first-serve basis, they’re expected to sell out quickly. I plan to get in line in the morning before the store opens.

Each bag will include up to 42 samples of an assortment of cannabis products based on the different categories of the competition. The gummy judging kits, for example, are $139 and include 22 samples. Others have 30 prerolled joints for $219 and 38 grams of flower for $279.

(My eyes are locked on one of the two recreational concentrate bags, so pick something else.)

Because the world is still sort of all pandemicky, judges are asked to smoke, chew and vape their way through their samples at home and then report back to High Times with their ratings by June 12. Cumulative scores are tallied based on the aesthetics, aroma, taste and effects of each product. The top-rated products will go on to be crowned cannabis royalty on June 26.

This year’s competition features about 1,300 more judges than last year — as well as more products from more vendors in more categories, including five reserved for medical patients.

The now globally famous competition first launched in Amsterdam in 1988 and has since been expanded by High Times to include several state-level matchups, including in California, Colorado and Oregon. Pure Options’ Moonbow strain took several awards last year. Word on the street is they’ve managed to find a way to make it even better for this year’s competition.

Kazinec said allowing more judges from all walks of life to decide the results of the competition also helps brands get more realistic product feedback. Pot shops aren’t just selling their bud to long-time stoners and growers; soccer moms like to smoke plenty of weed nowadays too.

He added: “We respect expert opinions, but we also like to hear from everybody. We used to have thousands of people applying to be a judge, and really didn’t like turning them all down.”

(Kyle Kaminski is City Pulse’s managing editor and a cannabis enthusiast who has been smoking marijuana just about every day for the last decade. Editor & Publisher Magazine has also labeled him as “arguably, the state’s authority on everything you need to know about cannabis.” Have a suggestion for a cannabis product? Email kyle@lansingcitypulse.com.)

Chardonnay and OG Kush or Northern Lights and cabernet?