Who is J. Peter Lark? 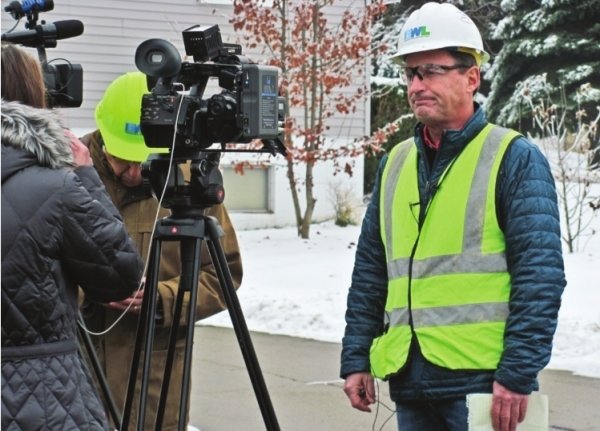 Posted Thursday, January 9, 2014 12:00 am
Andy Balaskovitz
Before joining the BWL in July 2007, General Manager J. Peter Lark, 62, was chairman of the Michigan Public Service Commission, appointed by Gov. Jennifer Granholm in 2003. In that role in 2006, he wrote a 48-page report for Granholm called “Michigan’s 21st Century Electric Energy Plan,” a roadmap for developing more renewables and energy efficiency.

In 2003, Granholm named Lark to serve on a joint U.S.-Canada task force to investigate a widespread energy blackout that year.

After receiving his law degree from Western New England College School of Law in 1976, Lark spent most of his career as an attorney. He was an assistant prosecuting attorney in Wayne County and taught at Cooley Law School as an adjunct professor. In 1979, he was an assistant attorney general in the state’s AG Office, heading the special litigation division where he argued before the state Public Service Commission and federal Energy Regulatory Commission, among others.

Lark started his BWL job in 2007 amid a swirl of controversy. Former BWL GM Sanford Novick was voted out in 2006 with a $250,000 severance. Prior to that in 2002, former GM Joseph Pandy was fired and filed suit against BWL, settling claims for $730,000 that were paid by insurance companies but reportedly cost BWL $223,000 in legal fees.

After his first year on the job, the Lansing City Council unanimously approved a resolution opposing a $49,000 raise for Lark that the BWL commissioners had approved. Former Councilman Brian Jeffries called it “outrageous” for coming after only one year on the job. Lark’s salary has continued to increase during his time there, the latest $10,000 raise coming in his latest contract put him at $258,502.

Yet the BWL has increased its renewable energy supply during his tenure. In his first year, Lark announced a 21-year agreement to buy electricity generated from landfill gases, which was up and running by November 2008. Later that year, BWL powered up its first solar array along South Cedar Street. While he first proposed a new coal-powered plant replace the aging Eckert station in 2008, he heeded community input against it and proposed the latest natural-gas powered cogeneration plant in REO Town.