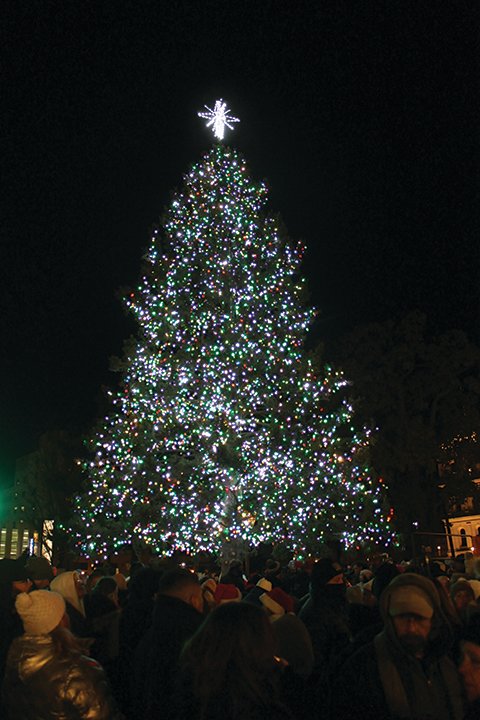 This year’s State Capitol Christmas tree is a definite Eye Candy, per the oohs and aahs of the spectators and participants at the Silver Bells 5K in downtown Lansing over the weekend. The 63-foot spruce tree chosen for the grounds of the State Capitol was donated by Carla Fletcher and her family. It grew on her property in Marenisco in Gogebic County, which is on the westernmost tip of the Upper Peninsula, bordering Wisconsin. The tree was harvested in late October and driven down to Lansing – a trip of approximately 500 miles. Spruce trees are a popular choice for Christmas because of the spruce’s pyramidal shape and strong boughs for hanging heavy ornaments. Even during the day, the lights on this year’s tree at the Capitol pop against the evergreen branches, looking like colorful confetti sprinkles. If you want to consider a spruce, keep your pets away from it because the sharp needles of some spruce trees can be dangerous if ingested. On the upside, though, some think the same needles deter cats from climbing it. According to MSU Extension, Gogebic County is home to White, Black and Norway spruce trees. This is the second Capitol Christmas tree to come from Gogebic County and the 24th from the Upper Peninsula.