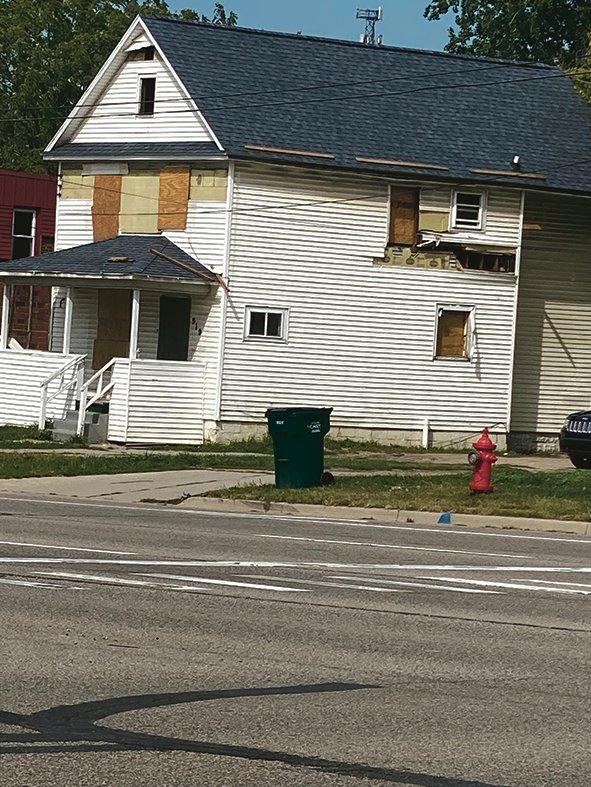 Standing near the busy intersection of Pennsylvania Avenue and East Saginaw Street is a two-story building with boarded-up windows and apparent structural damage on the upper, back side. This 1904, 1,368-square-foot single-family home is in a commercial zone and owned by developer Harry Hepler.

Hepler is behind the renovations of several historic properties in the city as well as the redevelopment of the former MotorWheel factory site — turning it from a blighted and abandoned factory to apartments. He said he bought the property in a foreclosure sale two years ago and is planning community developments in the surrounding area. The house, he said, will serve as an anchor to those improvements. But he’s not been inside the property to assess its structural stability. All that’s been done to the property is boarding it up to protect it from vandals and prevent anyone from being harmed who might try to sleep in it. “Keep on eye on it,” he said. “I will let you know when we have things ready to go.