A Blow for Lansing Township 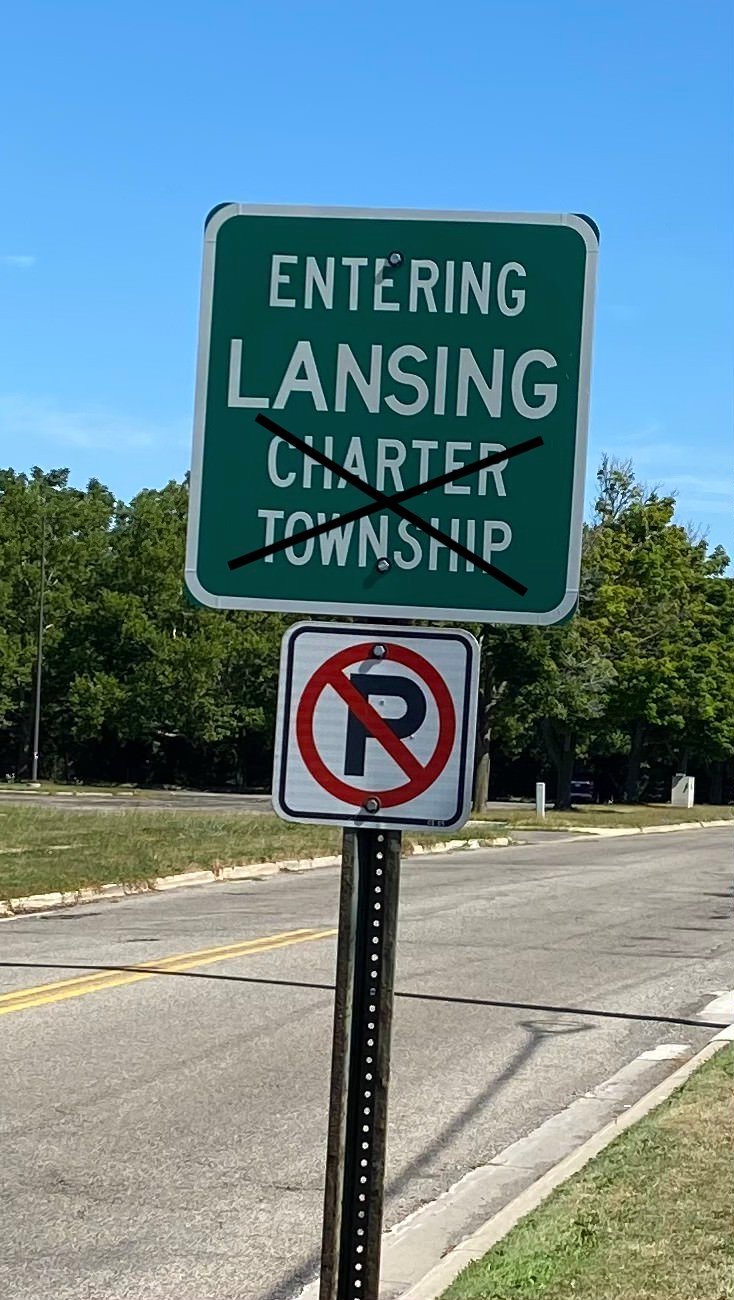 As previously noted in this space, we’re big fans of writing the final chapter in the history of Lansing Township via annexation by the city of Lansing. Now comes a group of more than 100 township residents from the Groesbeck neighborhood who are formally asking to become the newest residents of the capital city. Maybe they’re concerned about the township’s looming fiscal crisis. Perhaps they just like the idea of enjoying reliable city services and don’t mind paying more taxes to receive them. It’s all but inevitable that township residents will soon be paying more taxes anyway to bail out the beleaguered municipality after a series of costly financial blunders. If the annexation is successful, the township will lose about 20% of its tax base, a devastating blow that would push the township one step closer to insolvency. On the downside, the new city residents would bring with them millions of dollars in special assessments that the township recently imposed to help alleviate its debt crisis. This is likely to make the annexation proposal less attractive to voters, since Lansing already has higher taxes than the township. Lansing Mayor Andy Schor has an answer for that. He estimates the city would gain roughly $1 million annually in new tax revenues, which he believes can be used to retire the township debt that the new residents would bring with them over a period of four or five years. This just might be enough to seal the deal in favor of annexation. We wholeheartedly support the initiative and encourage residents in the remaining Lansing Township “islands” to throw in for Lansing citizenship as well, which hopefully will hasten the township’s long overdue demise.

Ingham County Commissioner Emily Stivers is running for the new 75th district state House seat against former county commissioner Penelope Tsernoglou and Haslett attorney Don Keskey. All three are Democrats. In the closing weeks of the primary campaign, information surfaced that Stivers was caught last year passing out political fundraiser invitations to her colleagues on county property prior to a county Commission meeting, apparently in violation of state election law and the county’s ethics policy. This week, another ethical lapse came to light, in which Stivers appears to have received special treatment by the county Parks Department when at least some of the standard fees and policies associated with renting county facilities and equipment for her son’s birthday party were inappropriately waived. In the grand scheme of things, both incidents are relatively minor offenses. Nonetheless, Stivers’ improper politicking on county property and her willingness to receive special treatment by county staff suggests she doesn’t have a clear understanding of the ethical boundaries attendant to her public position, or she does but chooses to ignore the rules. Stivers’ campaign has cast both allegations as politically motivated and an attempt to shift focus away from more serious issues. The ethics of our elected leaders is one of those serious issues Stivers says voters should be considering. We urge Stivers to learn from her mistakes and take her ethical obligations as a public official more seriously. We encourage 75th district voters to evaluate whether these allegations cast doubt on her suitability to represent them in the state House.

Yes on the ballot proposals

With the August primary election just around the corner, we recommend a yes vote on the ballot proposal to sell a parcel of land that’s considered part of the city-owned North Cemetery. The land isn’t being used or needed by the city for cemetery purposes. We also support Ingham County’s juvenile justice and animal control millages. The former will help sustain important services for youth in the county’s criminal justice system, while the latter asks for 0.20 mills for eight years to maintain and enhance staffing at the new animal control facility in Mason. Lastly, the Capital Area District Library millage request is unusual in that the previous library millage expired at the end of last year. We’re curious how that happened and if it has created a financial hardship by eliminating most of CADL’s operating funds for at least the first half of 2022. If so, it was a major error not to have already renewed the millage by putting it on the ballot last year. Nonetheless, CADL continues to offer important services to city residents and we encourage voters to re-enact the millage that supports it.

Following an extended hiatus, we’re glad to see our fellow independent news organization, East Lansing Info, making smart moves to get the nonprofit publication back in the business of reporting on the important issues of the day. Among those moves was the decision to relieve interim executive director Anne Hill of her duties based on the revelation that she has been collaborating with Trumpian election deniers. Of course, Hill has every right to express her views on the integrity of our elections, even if they are based on misinformation, but it doesn’t make her a good fit to oversee ELi’s public interest reporting. As the publication concludes a months-long strategic planning process to chart a path forward, we hope they find their footing and the right personnel to sustain Eli’s unique and impactful brand of independent journalism for years to come.