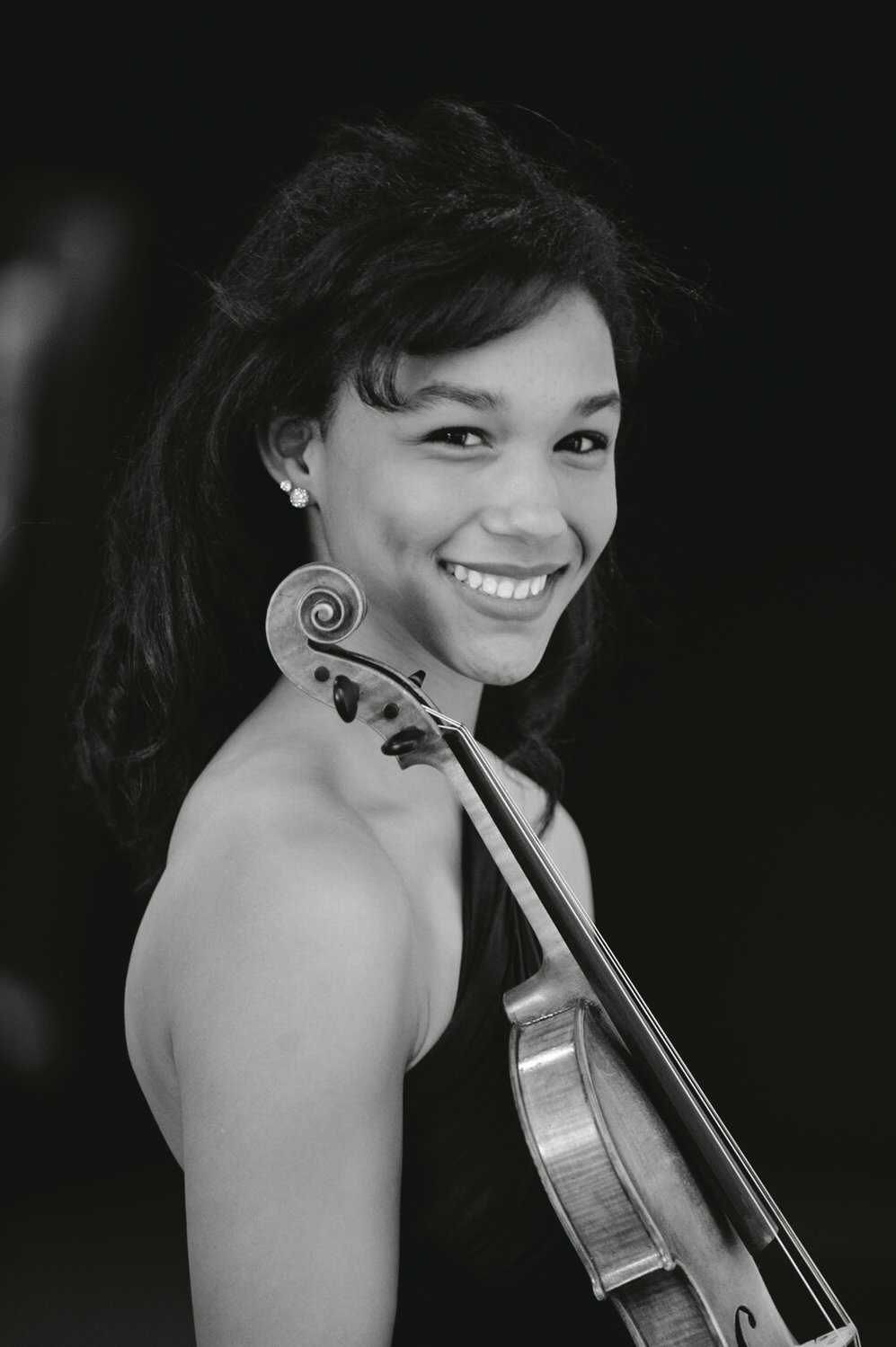 “You know how you listen to Adele or Sam Smith, and it’s heartbreaking, and you just want a good cry?” she asked. “Just listen to the second movement of the Samuel Barber concerto. It starts with this iconic oboe solo. Oh, my God, it is achingly beautiful.”

Friday’s concert will mark the first time she’s ever played it in any setting, let alone with a symphony orchestra, but she can’t get too carried away.

“There’s a fine balance of being lost in the sauce and also being on it, making sure you’re with the 80 other people that are playing,” she said

The trick, for Williams, is to learn the music so thoroughly that her muscle memory guides her fingers to the right places, leaving her free to “breathe and enjoy the lyricism.”

The concerto’s “insane and superfast” finale is another matter.

“You’re not among family anymore,” she said. “You’re fighting for your life, but in the best way. It’s very exhilarating. It’s a different type of ecstasy.”

Williams and LSO Music Director Timothy Muffitt worked together for the first time 10 years ago at the Chautauqua Festival in upstate New York, where Muffitt is also music director.

“I immediately loved him,” Williams said. She was the soloist in Max Bruch’s Scottish Fantasy with Muffitt and the Baton Rouge Orchestra four years ago.

“He’s always right there with you,” Williams said. “We work very well together.”

Born and raised in Chicago, Williams, 25, started on violin at age 3, but it wasn’t a forced march. She recalls having a blast making her solo debut with the Chicago Sinfonietta at age 6, bouncing through the Bach concerto for two violins.

“I grew up listening to my dad’s Motown records, and I loved Motown,” she said. “When I got into my teens, I’d listen to things like the Jonas Brothers, of course. But I was kind of a dork, really, and I just loved classical music. Not just violin, but everything.”

As she got older, she concluded that nothing could equal the rich textures, grand melodies and soaring arcs of the big violin concertos by Brahms, Sibelius and Tchaikovsky.

In 2012, she began a fruitful association with the Sphinx Organization, a Detroit-based program that started in 1997 to support Black and Latinx string players and has grown to support scholarships, tours, classes, commissions for new works and many other programs.

Winning first prize in the junior division of the 2012 Sphinx Competition opened the door to a two–year tour in which she played with orchestras from Cleveland to Nashville, Philadelphia, Detroit and many other orchestras.

Life became “crazy,” but in a good way. She played at the White House in 2016 and met President Barack Obama and Chinese president Xi Jinping.

“We were playing as guests were coming in, and we had to be focused and not staring at people,” she said.

She recalled that Obama had a bit of trouble saying her first name, pronounced “ah-day,” and they had fun joking about it.

“He and Michelle were very warm and lovely, but the whole experience was surreal,” she said.

Besides local gigs in the Chicago area and concerts with orchestras around the country, Williams keeps up a constant round of benefit appearances to support soup kitchens, children’s funds and other charitable causes, including an “Adé and Friends” benefit for schools on Chicago’s south side.

Everywhere she goes, young audiences respond to her energy, charisma and virtuosity.

“There’s been noise about how classical music is dated. It’s not approachable. It’s not relatable. (That’s been around) for at least two or three or four generations now,” she said. “It’s super vibrant now. I know hundreds of people my age that are in love with this music.”

A panoply of newly launched programs, ranging from the Sphinx Organization’s efforts to initiatives by regional orchestras to diversify classical music by age, gender and race, are throwing the doors open wider.

“It’s the way the world is, where everything’s moving,” she said. “That’s hitting classical music as well, and that charge is being led by the younger generation, so there’s a lot to be hopeful for. I think we’ll be OK.”

Williams also credits a fresh supply of engaging and eclectic music by young composers. That, too, will be in evidence Friday (along with Peter Tchaikovsky’s grand and moody Fifth Symphony).

“Bloom,” by Lansing Symphony composer-in-residence Patrick Harlin, drifts through a kaleidoscope of musical styles, playing freely with the listener’s experience of time.

“Time changes,” Harlin said. “It gets faster as we get older, or loses its rhythm altogether as it did during the pandemic. Speed life up enough and you can see a flower reaching toward the sun or a river digging out a canyon.”

It’s the first of two world premieres this season, Harlin’s last year as LSO composer in residence. No one knows exactly what’s in store — it’s a world premiere, after all — but he’s already proved his power to amaze the audience in Lansing with absorbing musical journeys, to the Amazon in “River of Doubt” and the moon in “Earthrise.”

“I wanted to include some of my favorite things about going to an orchestra concert,” he said, keeping the specifics close to his vest. “I hope those are some of the things the players and audience love as well.”

For an exclusive interview with Tchaikovsky, consult your nearest medium.

From the motorcycle to the stage