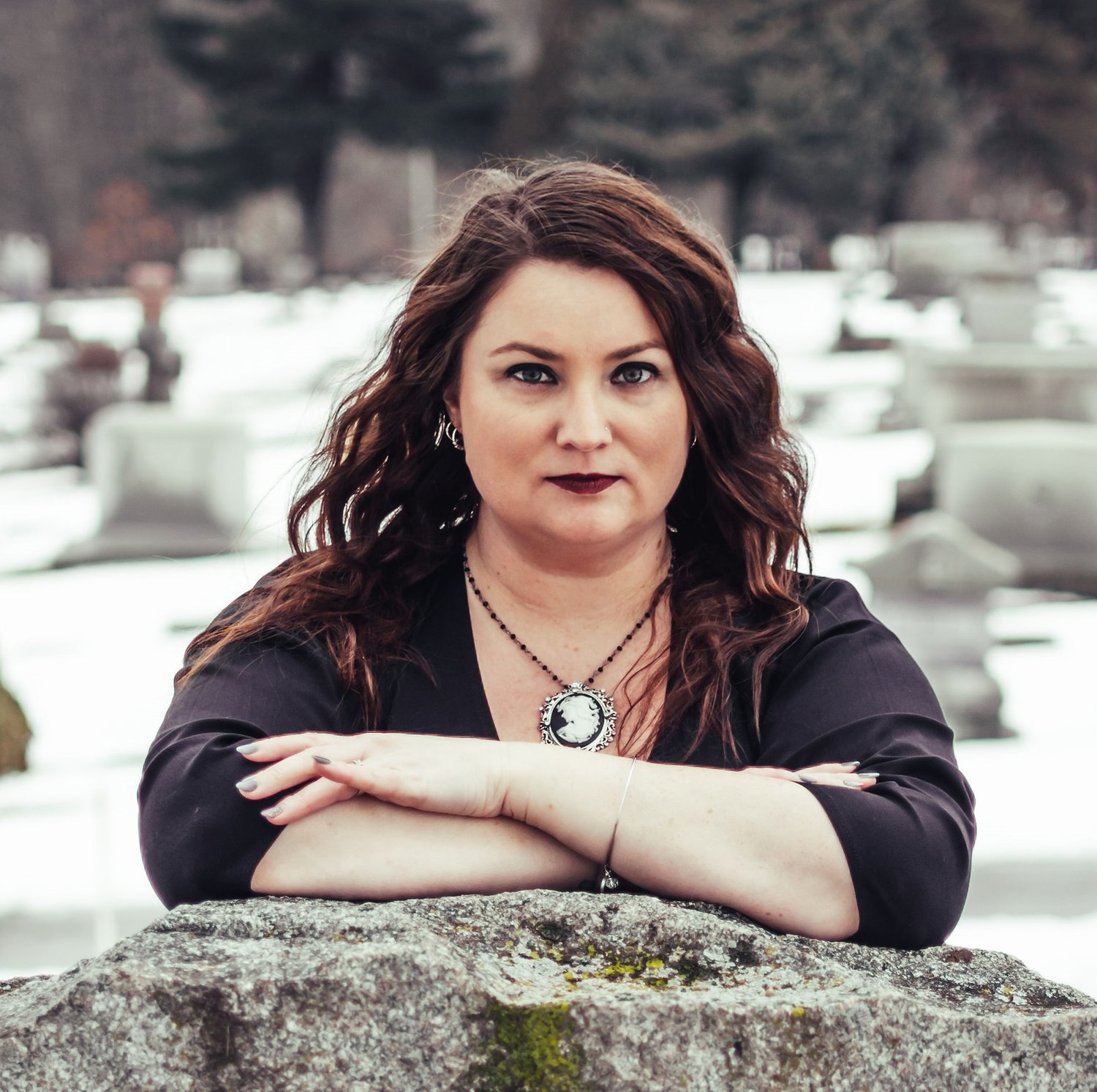 Society’s obsession with true crime continues to pay off for Jenn Carpenter, founder and proprietor of Deadtime Stories in REO Town and the originator of the “So Dead” podcast. Carpenter’s bookstore and podcast were the top vote-getters for the annual Top of the Town contest’s Best Local Bookstore and Best Local Podcast categories by City Pulse readers.

City Pulse caught up with Carpenter, waylaid in Florida, as an unusual November hurricane struck the state.

She seemed nonplussed by the raging winds and rising waters, which canceled her original flight out of Orlando.

“I am a planner, I’ve rebooked the flight, and I’m ready to go,” she said.

Carpenter opened the first iteration of her popular bookstore as a pop-up in Old Town in fall 2020 inside Thrift Witch with the idea of selling true crime, horror, paranormal and ghost stories. The store was a success, so in March 2021 she opened her first storefront in REO Town. Shortly after, she opened an adjoining storefront for the gift shop Screamatorium selling ghastly and fun products.

Growing up, Carpenter said she has always been attracted to horror novels and true crime. Screamatorium is a homage to her favorite scary movie, “Scream.”

Carpenter’s foray into entrepreneurship began in 2016 when she founded “Demented Mitten Tours,” where she retold stories of hauntings and murders in Michigan. Carpenter also managed to write two books, “Haunted Lansing” and “The Cereal Killer Chronicles of Battle Creek,” which are staples for her.

Carpenter also launched the podcast “So Dead,” featuring episodes mostly about true crime and paranormal activities in Michigan. One podcast about the murder of a Lansing native led to an appearance on ABC’s “20/20,” which featured the tale of a fatal attraction.

Podcasting seems to come naturally for Carpenter, who said she “always liked to tell stories.”

Along the way, Carpenter began experimenting with social media sites like TikTok to help promote her businesses.

“I would spend hours editing and rewriting my TikTok posts,” she said. The seconds-long posts performed well, sending her ratings skyrocketing.

“I did this simple, five-second post on the product we sell at the store called Booking Photos, which show the police photos or mugshots taken at the time of arrest of famous people like Malcolm X, Rosa Parks and Kurt Cobain. It blew up, and I had more than 500,000 views,” Carpenter said.

“TikTok was a game-changer for me,” she said. “For a small business with no advertising budget, TikTok makes a huge difference.”

Carpenter has also used her bookstore and podcast platform to launch a creepy festival, “A Festival of Oddities.” It takes place in Charlotte on the grounds of the Eaton County Courthouse, which is claimed to be haunted. Hampered by COVID-19 at first, the festival blew up in 2022 when a crush of 15,000 true crime, horror and paranormal buffs showed up for the one-day event.

Carpenter said A Festival of Oddities has been expanded to two days on the first weekend next September and has pushed its way into some downtown venues due to its success. Carpenter said her podcast’s success has resulted in numerous listener tips.“I have enough material for five years of podcasts,” she said.

“After all, true crime stories were always there, and the local historical stuff makes it real,” she said.

Carpenter is working on expanding a true crime story she discovered in Lansing, which she is calling “The Fruit Wars.” Without giving away too many details, the Fruit Wars was a full-out battle between fruit vendors in Lansing that involved the mob, bombings and mayhem.

Carpenter said her bookstore and gift shop has become a destination for visitors to Lansing and fits perfectly into the vibe of REO Town.

As you enter the store, you are jolted somewhat when you glance down and see a bloody leg, covered mostly in books, sticking out of a bathtub. There to greet you are the store’s resident rescue kittens, Morrison and Hendricks. Be sure to ask how they got their names. It’s not what you think.

Schuler Books in Meridian Mall was selected for the second place slot in the best local bookstore category. Runner-up was Hooked, which opened this year on Michigan Avenue near Frandor as a wine bar, coffee shop and bookstore.

Note: In the local podcast category, “Adventures in Business” is second and the runner-up is “Believe: A Conversation Between Friends.”