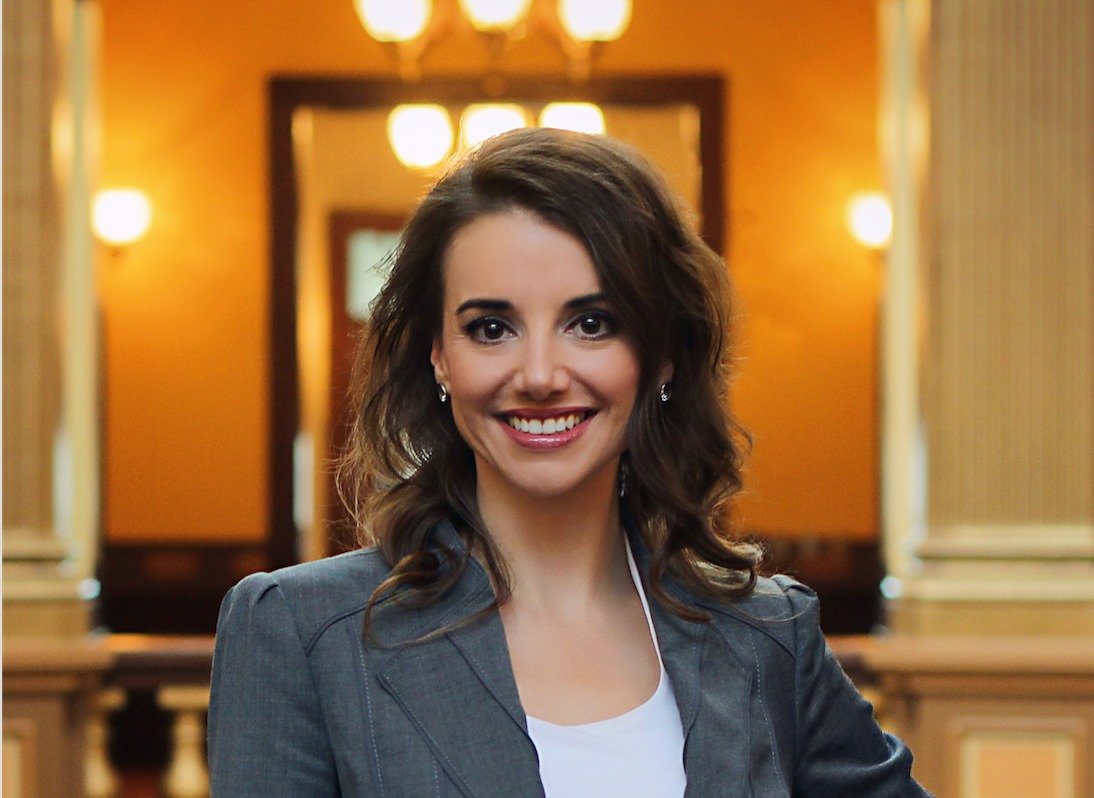 FRIDAY March 26 — TJ Bucholz, owner and principal at Vanguard Public Affairs, is under fire over allegations of sexual harassment but Jen Eyer, an Ann Arbor City Councilwoman and an “equity partner” at the firm, contributed to an “abusive” and “toxic” workplace environment.

Former female employees started publicly sharing allegations of sexual harassment at Vanguard Public Affairs on Wednesday, as published by Eclectablog and the Detroit Free Press. City Pulse has independently verified those reports — and others — and will be presenting a more in-depth report on the culture at the political consulting firm in Wednesday’s print edition.

After the allegations against Bucholz made headlines, Eyer announced on social media that she had resigned from Vanguard and beginning today was “striking out on her own” as a consultant.

In a statement sent to City Pulse this week, Eyer denied knowledge of Bucholz’s abusive behavior — despite on-the-record statements from several women who said they personally told Eyer of their experiences of repeated sexual harassment and abusive behavior from Bucholz.

In at least one instance, Eyer heard verbal abuse from Bucholz that targeted a former female employee Valerie, a pseudonym used by City Pulse because she did not wish to have her name published in this story. And Eyer dismissed it in a text message when Valerie raised concerns.

Eyer claimed that she has “never been an owner, officer or manager” at Vanguard. But a late 2018 press release, since scrubbed from the Vanguard website, announced that Eyer was being promoted from vice president to partner. It also labeled her as an “equity partner” of the firm.

She also labeled herself as a “small business owner” when she ran for Ann Arbor City Council.

Eyer did not respond to follow-up questions to her statement, which specifically pointed to the press release and directly asked her about her involvement with, and knowledge of, the abusive atmosphere at Vanguard. She also did not explain why she claimed to have only been an employee of Vanguard when she had been publicly identified as an equity partner in 2018.

She also advertised her role as a partner on her Instagram and her LinkedIn account. Both references have since been deleted from those accounts, but Google still returns those listings.

Among the allegations against Eyer are statements — backed up by contemporary text messages — of her witnessing verbally abusive outbursts from Bucholz during staff meetings at Vanguard, as well as deflection or a failure to take action on complaints against Bucholz.

Several women said Eyer’s role in the business was the reason they joined the firm. Each said Eyer would serve as a mentor — sharing her decades of experience as a journalist and political consultant. However, those promises were never kept, the women explained to City Pulse.

In 2018, Valerie was working on the significant political campaign in which Vanguard and Eyer were brought in as consultants. Valerie said she was impressed watching Eyer work and was subsequently eager to join the firm.

“I enjoyed working with them [during the campaign],” Valerie said. “And while I was on that race she and TJ said how impressed they were with me and that they would love to have me work with them in the future.”

Valerie, who now runs her own consulting firm, said she confronted Eyer about rumors of inappropriate sexual communications, who did a “really good job of explaining it away.”

“I trusted her and it really set my mind at ease,” she said. “And now I know that I'm not the only person that happened to.”

During her tenure at Vanguard, Valerie was not subject to the sexual harassment that other women were. As an older woman, she said she felt Bucholz knew better. She also said that felt her presence in the office served as a sort of deterrent for any abusive or sexualized behavior toward staff.

But that didn’t stop Bucholz’s explosive temper. On Sept. 25, 2018, Bucholz exploded about something in a staff meeting, targeting his ire at Valerie. She said she reached out to Eyer, who was on the call, by text message to complain about the abusive behavior from Bucholz.

“I don’t know how much more of this I can take,” Valerie told Eyer.

Eyer wrote back: “I don’t know, (Valerie). I have never had any sort of problem like this with TJ.”

This led Valerie to determine Eyer was not a “safe” avenue to share complaints about abuse or stories of sexual harassment from other women in the office. Valerie stopped talking to her.

Another former employee — who requested to remain anonymous for fear of retaliation and will be referred to as Linda— is worried about the impact on her job prospects. She said Eyer was used as a hook for Bucholz to reel in new staff, particularly young women looking for a mentor.

“A couple of the other women that he hired to have Jen as this amazing role model for us every day in the office because, I mean, she has that experience and she's well-known, even though she's not a good person, but we were all promised that with her and it didn't happen,” she said. “She literally never came in,” Linda explained to City Pulse, noting women in the office would also complain to Bucholz that Eyer was “rude” and unhelpful but he “just didn’t give a shit.”

“She knew about some of the girls that were getting weird feelings from him,” Linda explained.

In her recent statement, Eyer acknowledged that she was aware of two incidents of inappropriate sexual harassment. She claimed in the first notification she directed the woman to complain to management, and because she heard nothing more she thought it was addressed.

In a second instance, Eyer claimed she was upset and took her complaints directly to Bucholz.

“I was very upset and immediately notified management and confronted Bucholz,” Eyer wrote. “Bucholz apologized to the employee and again I understood the issue was resolved.”

That complaint involved Chelsea Coffey, who was serving as campaign manager for would-be Lansing Mayor Andy Schor. She said the resolution included demanding Coffey meet alone with Bucholz — which she described as an “awkward” and “uncomfortable” experience that led to him apologizing for sending inappropriate text messages inferring her breasts were “healthy.”

The firm’s former Creative Director Mariah Prowoznik also said she left Vanguard Public Affairs after experiencing a toxic and abusive workplace created by Bucholz. When she submitted her resignation, Prowoznik remembers Eyer calling to ask: “I need to know, did TJ do something?”

Prowoznik said she didn’t disclose the situation because she did not “trust” Eyer to take action.