Council set to pick replacement for Brandon Betz in February 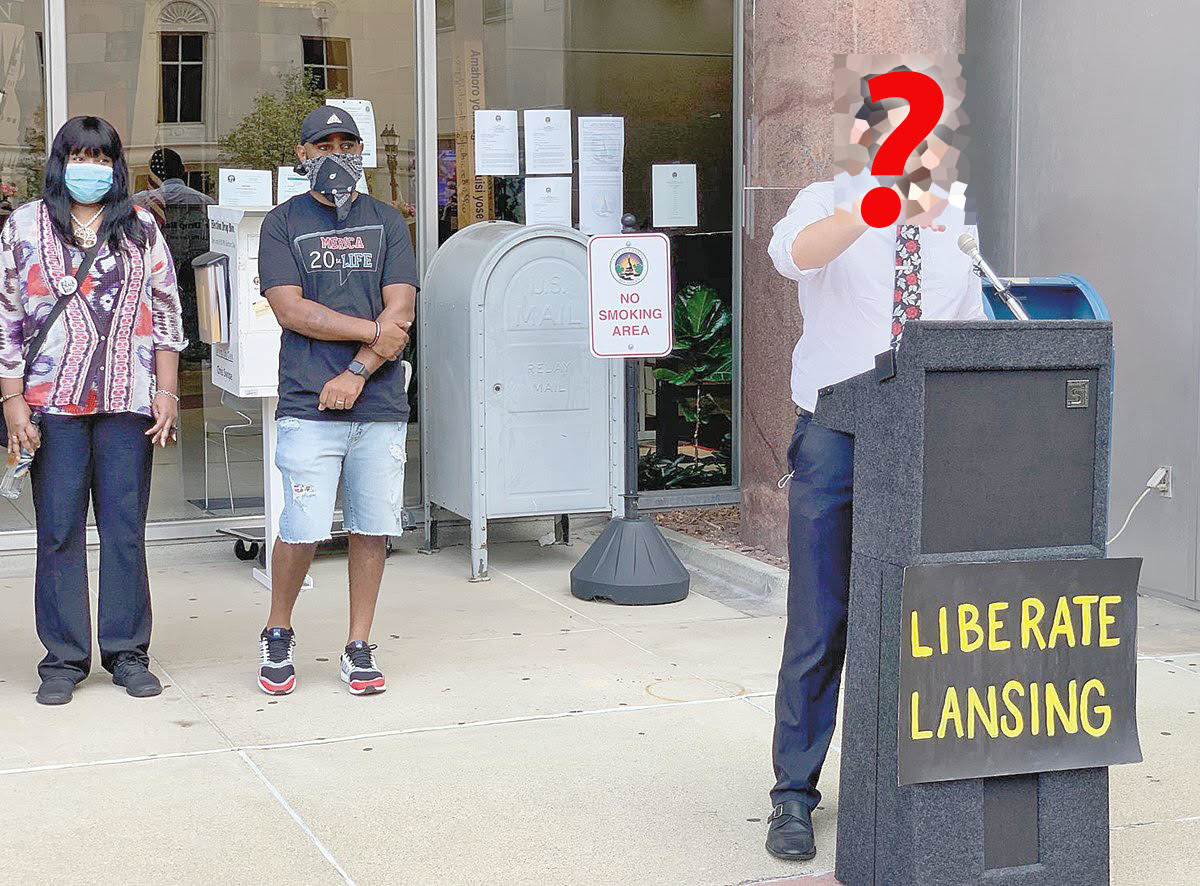 FRIDAY, Jan. 21 — Eleven First Ward residents have submitted applications to serve as the appointed replacement for Lansing City Councilman Brandon Betz through the end of the year.

The deadline to submit applications to City Clerk Chris Swope was 4 p.m. today. Each applicant will be interviewed by the Council at a committee meeting at 6 p.m. on Jan. 31.  A final selection is set to be made on Feb. 1. In the meantime, here’s a look at those who tossed their hats in the ring:

Brown, 23, labels himself as a “serial entrepreneur” with a portfolio that includes investments in several local businesses — including Lansing Mobile Detail and Rogue Strategy Group. As a “disruptor” at Rogue Strategy Group, Brown said he works primarily as a cannabis lobbyist who supports medical marijuana caregivers. He also supports the legalization of entheogenic plants (including psychedelic mushrooms) and is a co-founder of the local “Decriminalize Nature” chapter. Brown also led a fledgling recall effort against Betz this year alongside a local attorney.

Cavanagh, 33, has lived in Lansing for six years. She has a Ph.D. in developmental psychology from the University of California Irvine and has worked as an assistant professor at Michigan State University’s School of Criminal Justice since 2016, where she focuses primarily on parent-child relationships and the juvenile justice system. She is also an advisor for the family division of Ingham County’s 30th Circuit Court, the vice president of the nonprofit Steiner Chorale in East Lansing, a volunteer election worker in Lansing and local feline foster mom.

Dowd, 39, said he has lived in Lansing for seven years — the last 18 months of which have been in the First Ward. He spent 15 years in the banking industry after studying human resource and business management in college. He has worked as an associate director at the Community Economic Development Association of Michigan for the last four years and as the interim executive director of the Old Town Commercial Association for about the last two years.

Daniels, 35, said he grew up on Lansing’s southside in the Churchill Downs neighborhood. He’s a U.S. Army veteran and Purple Heart recipient, as well as the founder and head trainer of Empower Lansing — a boxing and fitness studio that he opened in 2019 on Michigan Avenue. He also serves on the city’s Parks Board and recently garnered some local recognition with a spot on the Lansing Region Chamber of Commerce’s acclaimed “10 Over the Next Ten” list.

Jones, 66, said she’s a lifelong resident of Lansing who has lived in the First Ward since 1993. She has a degree in ministry leadership from Cornerstone University and worked as a department supervisor for the state Department of Treasury for about 25 years before retiring in 2015. Jones has served as president of the Potter-Walsh Neighborhood Association since 2016 and regularly volunteers with the Lansing-based Retired & Senior Volunteer Program, or RSVP.

Klahn, 25, said he grew up in Lansing’s First Ward and attended Eastern High School. He’s currently unemployed but most recently worked for the Boone and Crockett Club, a wildlife conservation organization based in Minnesota. He also said that he has been involved in a variety of local community organizations, business associations and neighborhood groups — including as a co-founder of Lansing Area Mutual Aid, which was launched after the pandemic arrived to help connect people and organizations with various community resources in the city.

Kost, 34, grew up in Lansing, moved to Dewitt and came back to the Capital City about a decade ago. He briefly attended Central Michigan University before the pandemic arrived and has worked as a central control operator for the state Department of Technology, Management and Budget for since 2015 — his only “significant” job, he told City Pulse. Kost also serves as the secretary of the Eastside Neighborhood Organization and as the vice president of Foster Your Neighborhood, another neighborhood group on Lansing’s east side.

Lopez, 68, is a lifelong resident of the First Ward and Eastern High School graduate. He said he retired from the Lansing School District last year after a 44-year career that spanned a variety of positions — including instructional assistant, lunchroom supervisor and gym teacher. Lopez said he also volunteered for countless after-school events and for Special Olympics Michigan.

Schneider, 35, is a senior organizer for For Our Future, a left-leaning advocacy organization designed to “lift up the voices of people and grassroots organizations to drive real change.” He studied computer science, electrical engineering, psychology and theology for seven years at Spring Arbor University, but dropped out without having earned any college degrees. Schneider also worked for Outer Graphics in East Lansing and Liquid Web and Neogen in Lansing. He said he has also volunteered at various community gardening projects across Greater Lansing.

Sheikh-Omar, 27, has lived in Lansing for the last 16 years. He graduated from Eastern High School, is currently studying political science at Lansing Community College and works as an instructional assistant and substitute teacher for the Lansing School District. He also bills himself as a “community activist” who has been involved with several local nonprofit organizations — including the local Muslim community, the Village Lansing and The Fledge.

Sheikh-Omar is the only First Ward applicant who unsuccessfully ran against Betz in 2019. He also came in fourth place in last year’s primary election amid a bid to unseat Mayor Andy Schor.

Walters, 22, said he moved from Lapeer to Lansing in 2019 when he transferred to Michigan State University to finish up his bachelor’s degree in geography. He took a departmental technician job with the state Department of Health and Human Services last year — which he said focuses mainly on waste, fraud and abuse of Medicaid. He has also volunteered to help run elections in Meridian Township and to supervise the cat room at the Constellation Cat Cafe.

After the Jan. 31 interviews, the Council will use paper ballots to winnow the applicant pool to its top three picks, who will then advance to a final round of interviews at 5 p.m. the following evening.

Then, the Council will vote that night on who will serve as First Ward Council member — but only through Dec. 31. A special election in November will dictate who will fill the one year that will still remain of Betz’ four-year term, which expires on Dec. 31, 2023. Whoever is appointed to serve on the Council next month will also be eligible to file for the special, partial-term election in November as well as for re-election to a fresh, four-year term in November 2023.

Since there are now only seven members of the Council, four votes can decide the appointment without a deadlock. The last time that a member of the Lansing City Council resigned was in 2015 when then-Councilman Derrick Quinney quit the job to become the Ingham County register of deeds, a post that he still holds today. Quinney was replaced by former Councilman Vincent Delgado through an appointment process that is largely identical to the one for Betz.