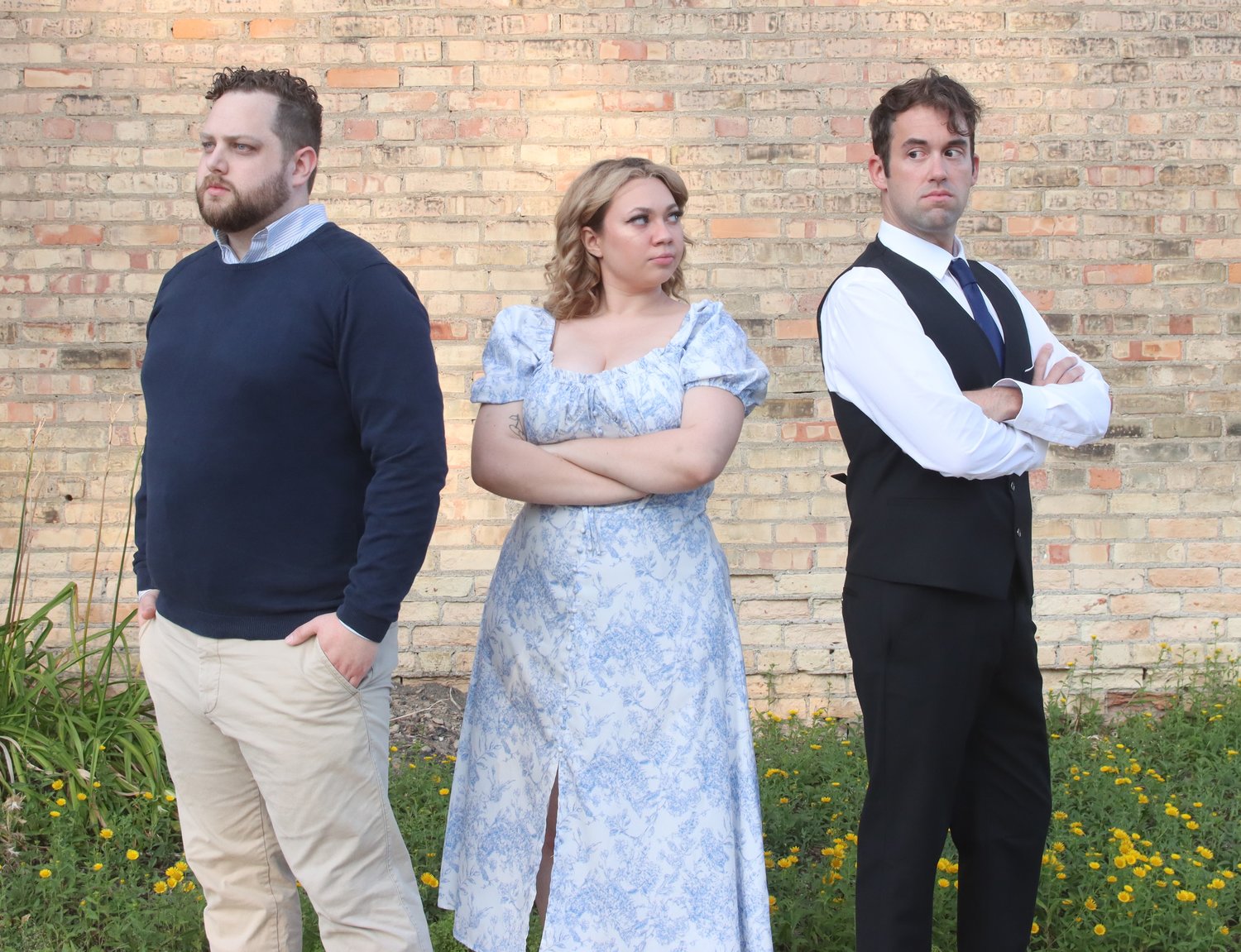 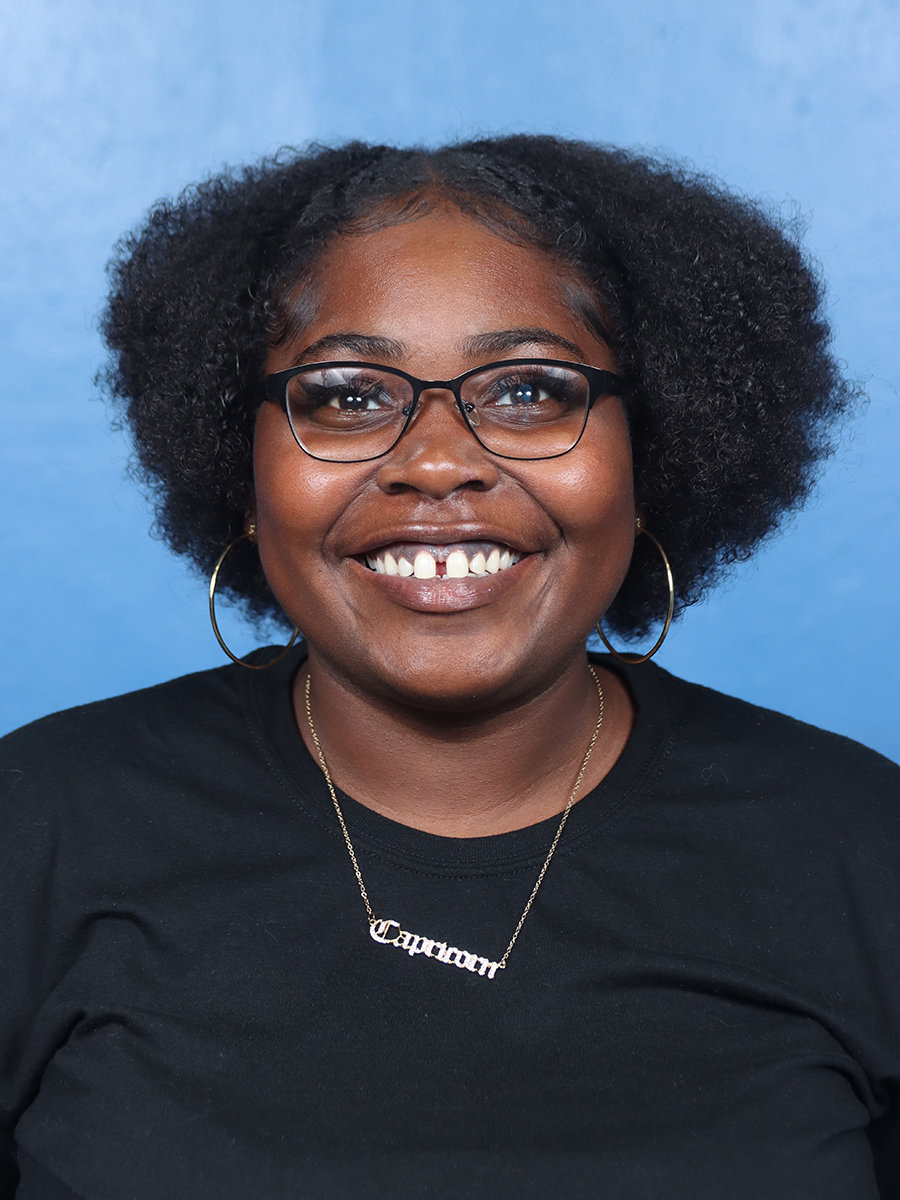 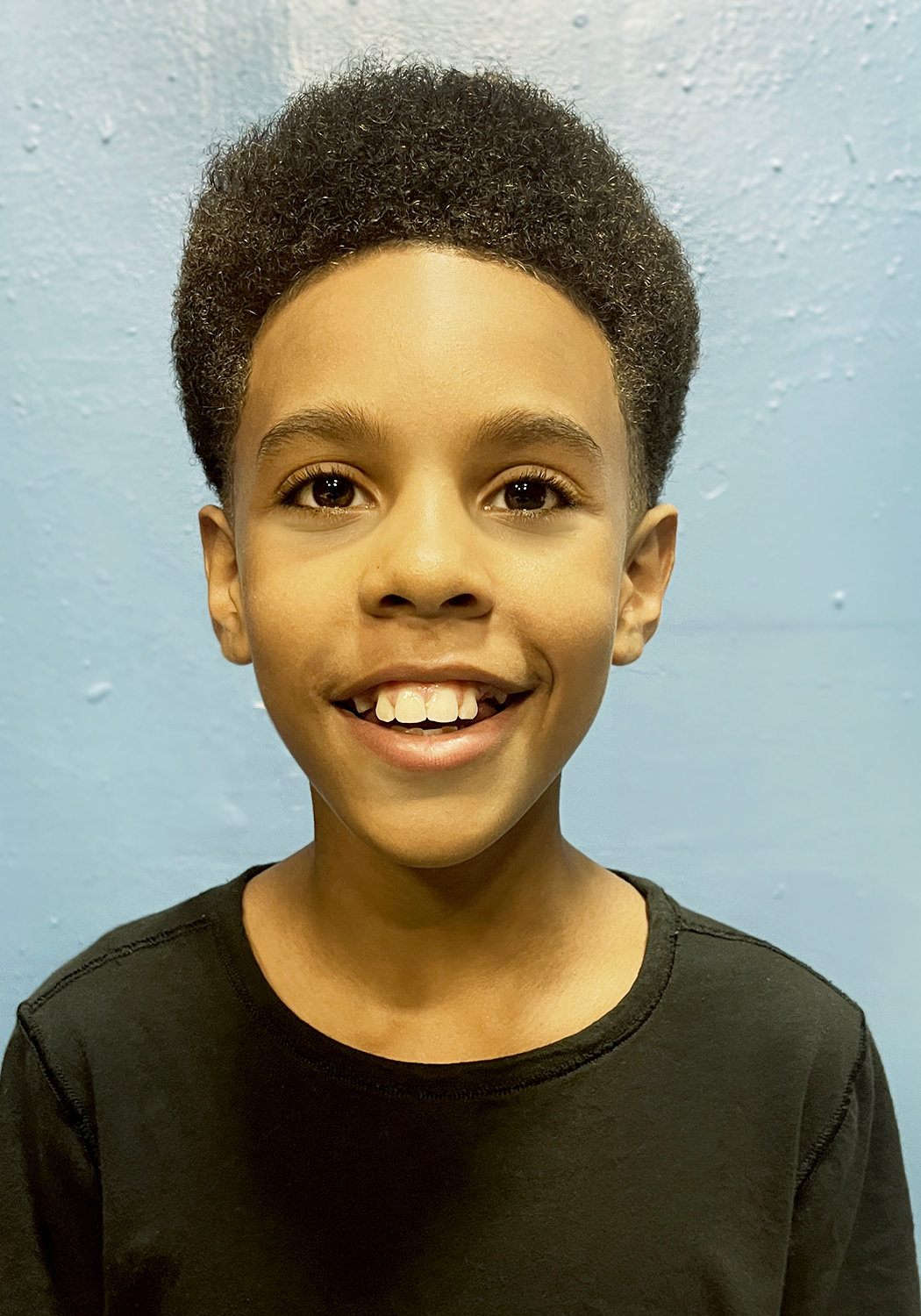 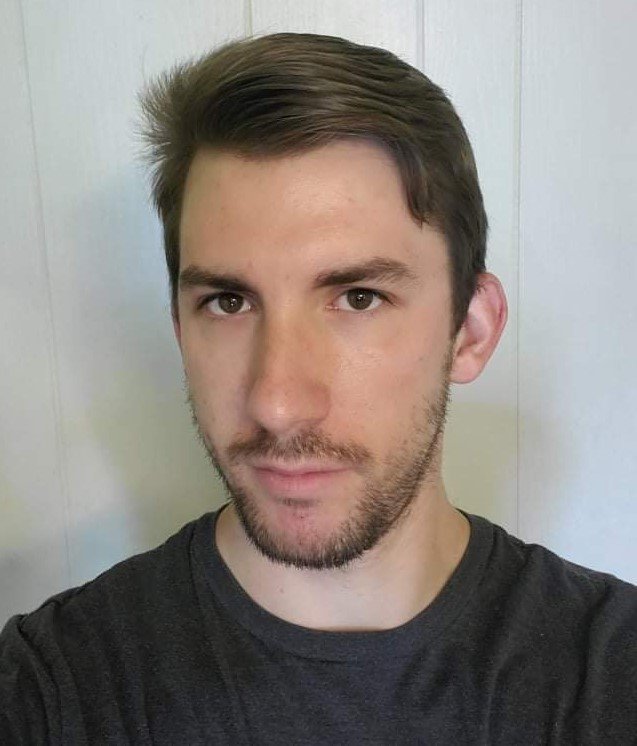 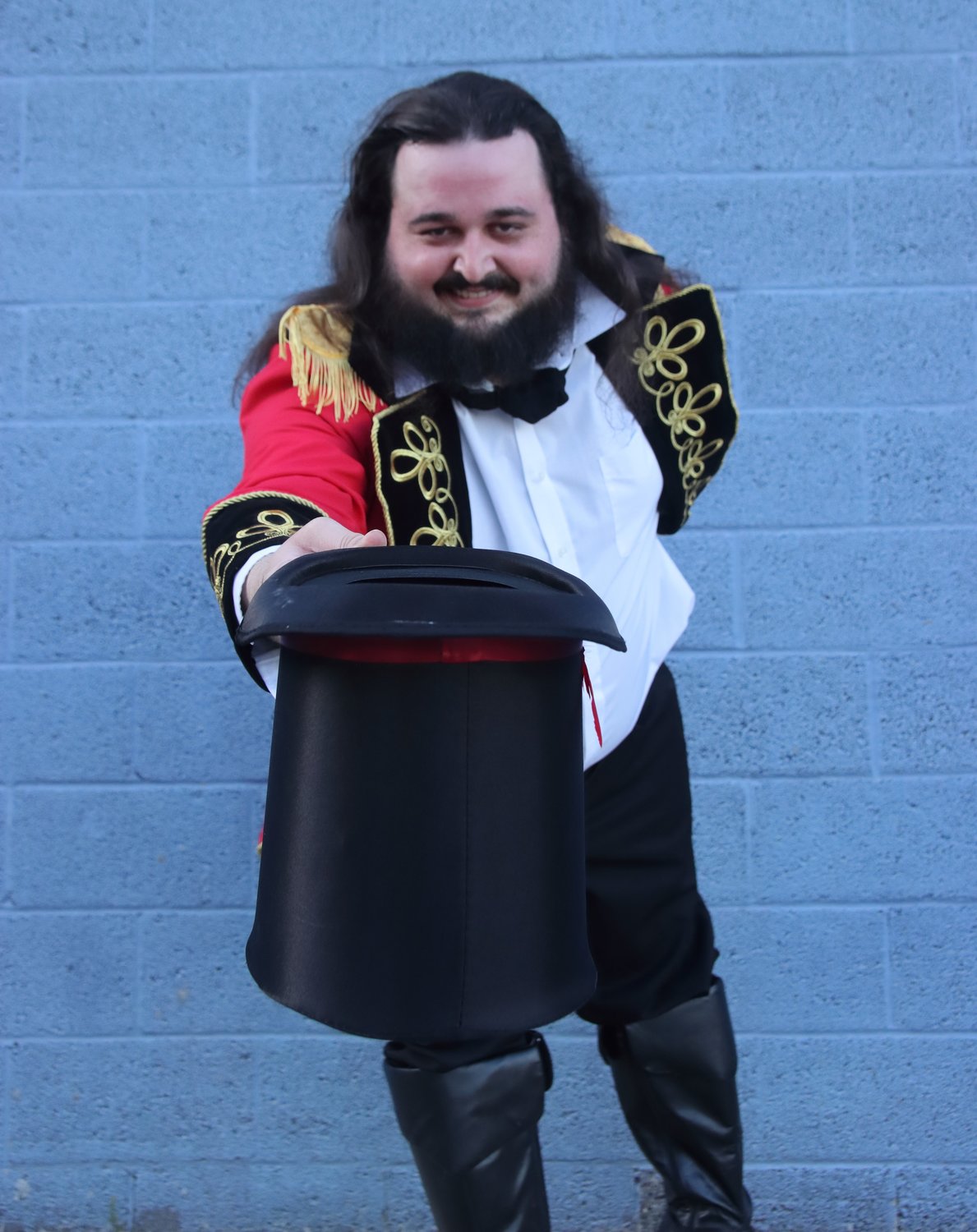 ... it's a big, magical show, about a huge life, featuring a diverse cast. And dancing elephant butts. No, seriously: Dancing elephant butts, mermaids, a giant and a witch. For those in search of mythical storytelling, buried in extraordinary emotions, this is the production to see.  ”
Wiley and the Hairy Man

Theater Under the Stars

Thursdays the show starts at 7 p.m.

All other dates curtain is 8 p.m.

How does one come to terms with a fantastically imaginative father who’s painted a world of witches and giants? That’s a key conflict in the upcoming Riverwalk production of “Big Fish: The Musical.”

Yes, it’s based on the 2003 movie of the same name. The film was directed by Tim Burton, who is known for his remarkably visual and emotional productions. “Big Fish: The Musical” promises the same commonality of the mundane and the fantastical. It’s a mythology of a father and son attempting to understand each other.

With a cast of 28, this is certain to be a swirl of action for lead actors as well as the ensemble and supporting cast.

The surreal story, as told by lead character Ed Bloom (Cameron Going), confronts the witch (Ny'kieria Blocker) in the swamp at an early age. She shows him his future, including how he will die. This key confrontation unleashes Bloom’s journey and frees him of the fears of death. Blocker said she has approached the witch from a slightly different perspective than most might expect.

“I don’t think she’s evil,” Blocker said. “She’s tired of being misunderstood and excluded, so she’s retreated to the swamp to escape the world.”

Blocker said her experience as a Black woman certainly underpins her interpretation of the character and her role in freeing Bloom to be his authentic self. She said some of the experience comes from shows she’s done in Lansing, where she said she didn’t feel “completely included” in the community that’s known to become insular and cliquish. In the same breath, she also acknowledged that she has had less interaction with the cast because her character has only two scenes.

Playing the son of Will Bloom is Camryn Cardwell. This is the 11-year-old’s seventh show on Lansing stages. He said he’s had a great time with the cast and crew and feels a part of the community. His dad, Paul, part of the family-owned business LeRoy’s Bar and Grill on South Cedar Street, has long been connected to the theater community through the bar, which was often the spot actors and crew alike headed for food and drink after rehearsals and shows.

“They’ve been great with Camryn,” his father said. “There has been no issues, and he is clearly having a great time.”

Blocker, however, has a slightly cynical view, noting she feels responsible to protect Camryn, who is an interracial youth, from microaggressions based on race and racial stereotyping. “I feel I owe that to him,” she said.

Within the “Big Fish” mythology, Edward Bloom claims to have befriended a giant that had once threatened his hometown. The giant (named Karl) turns out to be a misunderstood creature craving the intimacy of friendship and food — lots of food. The giant is played by Luka Pawsek, an immigrant from Slovenia. And while this is his third run on the boards for local theater, Pawsek comes from a long line of performers. His father, mother and grandfather all did theater in Slovenia — introducing him to the art early in his life.

And not only is Pawsek an immigrant who proudly said he started learning English when he was 5 years old, but he’s also a proudly married gay man. It was that marriage that brought him to Lansing, where he spends his days slinging lattés and hot brews to customers at a Starbucks.

“Sure, my experience as an immigrant to America plays into this performance,” he said. “I spent the first year or so in the country observing the society and community, watching what I said and how I said it so I didn’t cause issues. I think that parallels Karl’s journey in some ways.”

He noted that while he has felt embraced by the theater community here, he is disappointed in what he sees as a lack of deep, concerted outreach to communities of color and helping to overcome some of the stereotypes that may prohibit an actor of color from auditioning. He noted the myth that men who do theater are all gay prevented many of his men of color coworkers from auditioning for shows for fear of being labeled as gay.

“But I also know, when I walk into an audition and look around, the first question I ask is always: ‘Will someone who looks like me be considered for any of these roles,’” he said. “Are they willing to do color-blind casting?”

As for “Big Fish” specifically, it's a big, magical show, about a huge life, featuring a diverse cast. And dancing elephant butts. No, seriously: Dancing elephant butts, mermaids, a giant and a witch. For those in search of mythical storytelling, buried in extraordinary emotions, this is the production to see.