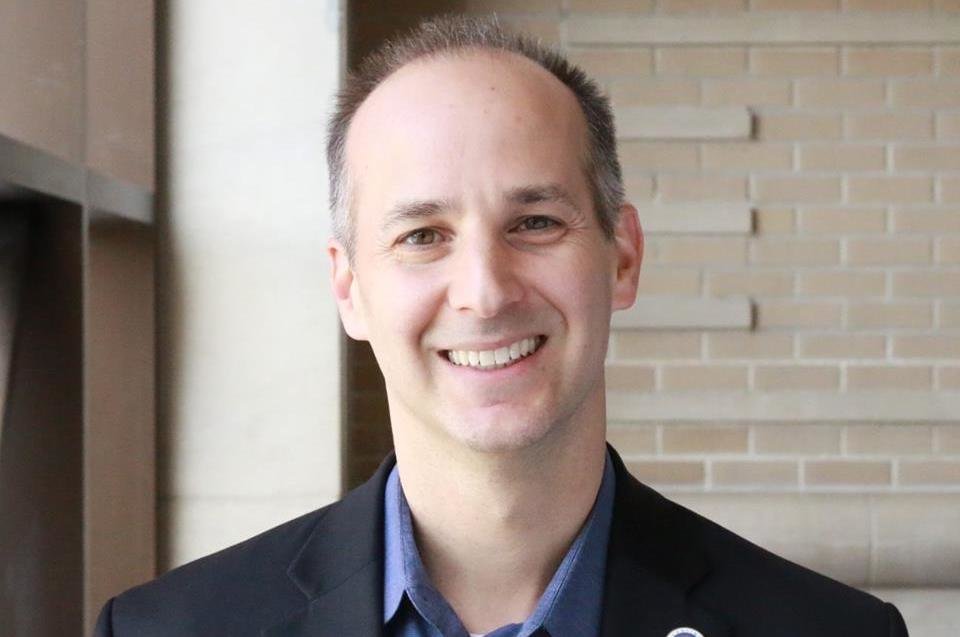 Developers, labor unions and other businesses have quietly donated nearly $170,000 to a nonprofit account that funnels funds directly to Lansing Mayor Andy Schor.

Schor spent about $70,000 over the last year. About $60,000 helped pay for his inauguration and afterparty. Another $10,000 was spent largely on local fundraisers and donation-based dinner events, records showed. The account also covered a $1,100 conference in Washington and about $900 in food for the city’s box at Lansing Lugnuts games.

The fund, called Schor Lansing Fund, is what is known as a 527 account in the federal tax code. It is widely used by political organizations that are not regulated under campaign finance laws. Donations and expenditures aren’t capped.

The fund’s Articles of Incorporation, which Schor filed with the state on Dec. 8, 2017, when Schor was waiting to be sworn in, said the fund would be used to “collect and administer funds to pay expenses incidental to the holding of the position as Mayor of Lansing.”

A public accounting of Schor’s account is not available online. In fact, the only way to examine the cashflow is to ask the mayor directly for his accounting.

Still, Schor has been transparent about the account. He gave City Pulse an itemized report that detailed who contributed and how the money has been spent.

But its existence still raises questions about whether donors might be looking for mayoral preference in the city decision-making process.

The leading, $10,500 contributor, for example, is Dewpoint. The city paid the local technology firm $1.25 million to overhaul its information technology department and manage software for the city’s pension systems — a relationship that the company presumably hopes to maintain. Calls to Dewpoint for comment were not returned.

In 2013, then Internal Auditor Jim DeLine voiced concern about the city’s longstanding and “cozy” relationship with Dewpoint after he had trouble digesting nearly $200,000 in ambiguous “management” work. The company was eventually hired again before Schor took office to help build the Lansing Connect service.

Dewpoint even earned one of a few personal namedrops during Schor’s latest State of the City speech.

“While we are building capacity, Lansing’s incredible existing businesses are thriving and hiring,” Schor bragged to a crowd gathered last week at the Riverwalk Theatre for the annual address. “In the last five years, our partners at Dewpoint have gone from 100 employees to nearly 450 IT employees in the Knapp’s Center.”

Three local unions pitched in $10,000 each. IBEW Local 665, the Michigan Regional Council of Carpenters and the United Association of Plumbers and Pipefitters Local 333. While they don’t necessarily have direct business ties or contracts with the city, they have an interest in supporting Schor, who in turn has supported union interests as a legislator and now as mayor.

Schor’s predecessor, Virg Bernero, ran a similar nonprofit fund he called the “City Administrative Account.” Of the $380,000 raised from 2006-2013, thousands were used to lease Bernero a car. He also used it for various meals, flowers and at least one shoe repair — each expense individually justified as a cost of serving as the mayor.

These types of funds have been used for decades to broadly cover incidental costs of elected office. A U.S. Supreme Court ruling in 1975 eventually gave birth to 527 administrative accounts, which could legally discuss candidates and issues without campaign finance restrictions, as long as it didn’t teeter into advocacy.

The Schor Lansing Fund, much like Bernero’s old account, is still propped up by hefty, tax-free donations by developers, lawyers, lobbyists and labor unions. Several pitched in between $5,000 and $10,000 shortly after Schor’s inauguration. Many more donated at least $2,500.

And while Schor provided his own accounting to City Pulse, filings for the Schor Lansing Fund are not listed publicly elsewhere. Federal law generally requires holders of 527 accounts to file periodic reports when revenues surpass $25,000. Schor, who hit that mark last year, may have missed an IRS expense reporting deadline, he said.

Bernero’s account details, by comparison, are publicly available online. He still had about $50,000 left over from his time as mayor when the account was closed last month. He didn’t return multiple calls for an explanation.

Schor says his attorneys are looking into what he called “vague” disclosure laws.

Bernero raised eyebrows when his spending was publicly reported a decade ago. Like Schor, many of his donors were doing business with the city. And advocates for transparency, like the Michigan Campaign Finance Network, recognize these accounts can prop open the door for corporate corruption in local politics.

“I’ve seen them used to pay for dry cleaning or to pay for gasoline and leases,” explained Network Director Craig Mauger. “Sometimes it can be more vague, like paying off a credit card that was related to professional expenses. We often don’t have a clear picture on how these funds are being used and that can obviously raise concerns.”

Schor vehemently objected to any suggestions of favoritism to contributors. He recognized that guidance from his administration ultimately plays a role in items that land before the City Council, but he also noted that he doesn’t personally dictate the direction of contracts and other city business.

And besides, he emphasized, most of the money spent to date went back to the local community anyway.

“I don’t make decisions based on what money people give to me,” Schor said. “This is money that people wanted to give toward assisting in the great things going on in this city. It’s just another option for people to offer their support. It’s an avenue to support these important charities because I don’t have the capacity to do it on my own. I just make sure these contributions are going to the right place.”

Still, those who chipped into the mayoral account might have more than one reason to stay on Schor’s good side.

McLaren Greater Lansing broke ground on a $450 million hospital complex after Schor took office. Cityapproved permits will inevitably be required if it’s going to open as planned by late 2021. But like every other donor interviewed for this story, McLaren’s donation was simply a gesture of “community support.”

Vice President Brian Brown explained how the cash was for the inauguration and furthering local patient care.

The Christman Co. is heavily involved with the McLaren facility and has ties to other projects in the city, having helped renovate the Cooley Law School Stadium and multiple facilities for the Lansing Board of Water & Light. Christman donated $5,000 to the Schor Lansing Fund. Even BWL Manager Dick Peffley pitched in $1,000.

“Giving him money isn’t going to do me any favors,” Peffley said. “I personally donate to a lot of places.”

The mayor does not select BWL’s general manager, but history shows he can play a strong role.

In the aftermath of the 2013 ice storm, Bernero stood behind then General Manager J. Peter Lark after Lark left town during the crisis for a vacation in New York. The mayor’s support was considered a major factor in why Lark subsequently received a positive performance review. Then Bernero turned on Lark, and the board fired him.

The architectural firm DLZ Michigan Inc. also donated $5,500 to Schor. That company was previously paid nearly $50,000 for a feasibility study for the renovation of a new city hall building.

The Boji Group — one of the companies that filed a proposal for the still unfinished project — gave Schor another $2,500 after he took office.

“There wasn’t a specific purpose for the donation to this fund other than support in general,” explained Boji Group spokesman John Truscott, whose firm also pitched in another $1,000 for the Schor Lansing Fund.

Comcast, which donated $2,500, holds a 10-year franchising agreement with the city that was approved last year. Tetra Tech, a leading provider of consulting and engineering services with a host of governmental clientele, gave another $3,000. Funk Zone LLC. pitched in $1,000 amid ongoing plans to construct a hotel in REO Town.

Negotiations that began with Bernero edged about $5 million off a prior city appraisal and were eventually finalized under Schor despite criticism. Tax incentives will require more city cooperation.

Given the loose restrictions on these types of accounts, Schor said he recognizes the potential for abuse. He noted some elected officials — not necessarily in Lansing — have been known to field reciprocal relationships, giving out appointments to municipal boards and commissions in exchange for campaign donations.

“Anyone who thinks they can give money here and have any preference from the city is wrong,” Schor added.

In the absence of IRS reporting for the Schor Lansing Fund, some advocates for continued government transparency have argued that taxpayers are entitled to much more direct access to 527 filings.

Explained Mauger: If elected officials are soliciting money, there needs to be a centralized way to follow where it’s going.

“At least (Schor) is still disclosing this information,” Mauger added. “That’s a few steps above others out there.

Who gave, got what: