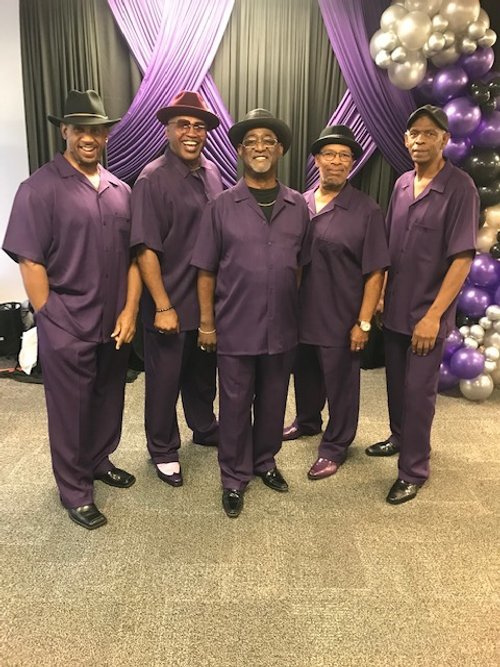 While Asamu Johnson & The Associates of The Blues have opened for legends like Koko Taylor, they also perform more intimate club gigs, like the band’s upcoming show at UrbanBeat in Old Town.

For this group of two-time West Michigan Blues Champions, keeping the blues alive while making their fans smile and dance is their primary goal.

Johnson and his bandmates Adam “Daddy Mack” McMillian, CC Woods, Da'Veonce Washington, Mike Howe Sr., and Mike Howe Jr. are skilled, experienced musicians with captivating presence — and have gigged at prestigious venues across the map. From Buddy Guy's Legends bar in Chicago to Teddy's Juke Joint in Baton Rouge, these vets have seen it all. Along the way, the outfit has also earned two regional championships at the International Blues Festival. The wins were consecutive years, 2016 and 2017. Also in 2017, the band scored a hit song with “Got to Go” on Power XR West Coast Radio Network.

Looking back, McMillian and Johnson met as teens in the 1970s. The duo played together The Funka Sonics and experienced regional success while opening for major acts, such as The Temptations, Michael Naruto Walden and Carl Carlton. Soon after, Woods, an R&B musician, also met Johnson early on and was encouraged by him to continue playing. After McMillian took a musical hiatus in the ‘80s and moved to California, he returned to the Great Lakes State in the ’90s and reconnected with Johnson. The rest is Michigan blues history.