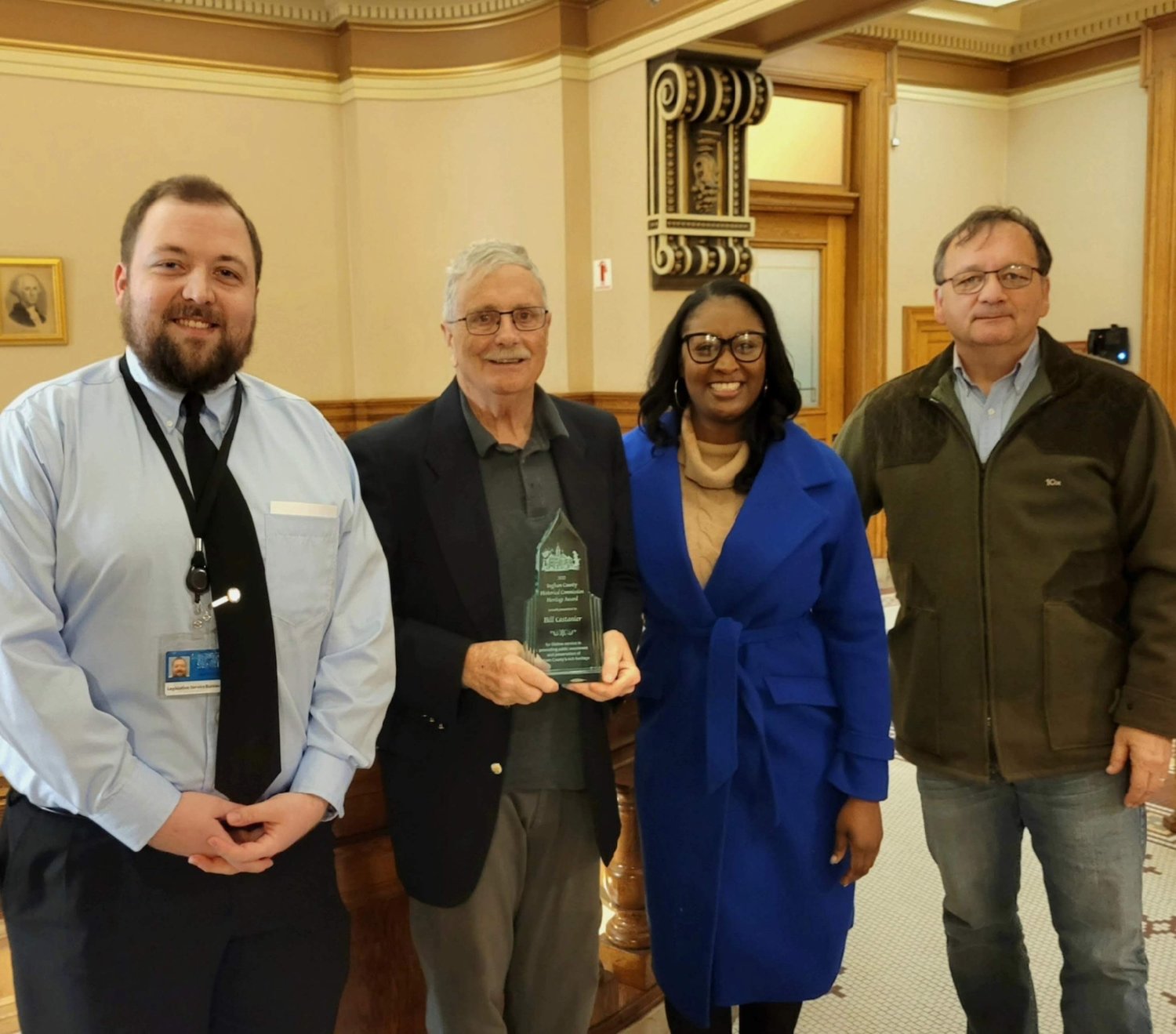 The award is given annually to Ingham County residents “for lifetime achievement in local history, recognition of a major local history-based project or activity, or any other historical basis as designated by the ICHC," the Historical Society said in a news release.

Castanier, who  is City Pulse’s book editor and longtime contributor, was recognized for spearheading  “Pave the Way: The I-496 Project.” The project brought to light the story of an African American community that was displaced following the development of I-496 in the 1960s. Castanier helped secure a National Park Service grant for the project and worked with local historians Ken Turner and Adolph Burton to record interviews from those impacted by the development, which are now being turned into a documentary.

Castanier said today that the idea for the project came to him while driving around Lansing, showing his grandson the houses he had lived in.

“All the houses still stand, they’re still there. And I thought, ‘They tore that expressway down, and people can’t go back to show their kids and grandkids where they lived,’” he said. “There’s something intimate about where you lived when you were younger. And it dawned on me, you can’t tell that story with the African American population of Lansing because all their houses were torn down.”

Castanier has his own rich history in Lansing. He has worked in communications and journalism for more than 50 years and was part of former Gov. Jim Blanchard’s administration, where he ran special events. In the mid-1980s, he was deputy director and public relations director for the Michigan Sesquicentennial Commission, where he helped put on Michigan’s 150th birthday celebration, still one of the largest history-based statewide celebrations ever held in Michigan, according to the HSGL.

He has been working with the HSGL for a decade, starting as a trustee in 2012. He served as vice president from 2012 until his presidency began in 2016.

Castanier says winning the Ingham County Heritage Award was one of the few times he’s ever felt humbled.

“I tell people flat-out that the I-496 project is the most important thing I’ve ever done,” he said. “It was our board’s award and the community that got involved — hundreds of people. Without the community, nothing would have happened.”