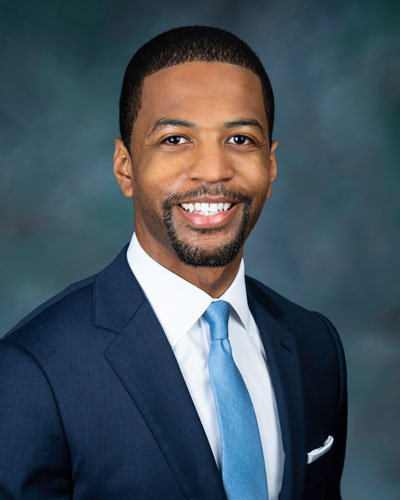 As a presidential candidate, Joe Biden made a series of energy-related promises, including net-zero emissions by 2050 and the launch of “a national effort aimed at creating the jobs we need to build a modern, sustainable infrastructure now and deliver an equitable clean energy future.”

In August, the Intergovernmental Panel on Climate Change, a group of scientists assembled by the United Nations, reported that we have committed ourselves to an unavoidable 30 years of warming based on our historical greenhouse gas emissions.

With the first year of the Biden administration ending at a time that some experts call the “greatest transition in energy infrastructure” and the “third energy revolution,” it may be opportune to check on some of the top energy issues facing Michigan in the future.

Here are three of them.

The PSC regulates landlines and cable television and oversees the state’s energy infrastructure. While it’s not an environmental agency, the commission monitors clean energy operations and developments and sometimes assesses the environmental impact of existing infrastructure.

According to Phillips, the nation is in the midst of a third energy revolution. The first revolution took place in the early 1900s and the second in the 1970s and 1980s, during the global oil crisis.

“With this energy transition, we’re certainly bringing online a lot more clean energy resources,” Phillips said. “Our major utilities are telling us that they can pretty much decarbonize about 80% of their generation (of electricity) by 2050. But you know, the difficulty comes in that last 20%.”

How do we decarbonize? And when the technology is available, will it be affordable?

According to Phillips, these questions are at the center of the energy transition. “Energy and electricity still has to be affordable to customers,” he said.

Still, Phillips said, the consequences of climate change are “tremendous” and should be taken into consideration.

So should the benefits that clean energy will have for communities adversely impacted by coal or other fossil fuel facilities. “The clean air benefits are certainly there,” Phillips said. “And I personally think that wind and solar create great opportunities for jobs and increased tax base for those communities where those projects are located.”

In 2021, DTE Energy had its second-worst summer in its 130-year history in terms of extreme weather and power outages. The first was in 2017 when over a million households lost power.

“We’ve heard testimony before the commission,” Phillips said. “Folks that came to us and said, ‘You know my father or my relative is on oxygen and when that electricity goes off, that oxygen no longer pumps.’”

One solution, he said, is putting more electric lines underground.

However, in older cities like Detroit and in rural communities, all distribution wires are above ground, making it a costly fix.

“Other solutions that we’re looking at would be energy storage, micro-grids and then renewable energy, like solar,” he said.

“And then also looking at the potential for electric vehicles to play a role.” Some electric cars have the ability to provide backup power to an average home for three to 10 days. “We see this as being the kind of future of the energy system, electric vehicles providing not only backup power to homes, but hopefully one day to entire neighborhoods or communities as well,” he said.

Still, government bodies like the PSC have the difficult job of paving the way to a more reliable system that can be quickly restored in the case of an outage.

“That reliability and resilience is something that we just really have to look towards, particularly in relation to climate change,” he said.

According to James Clift, the deputy director of the Department of Environment, Great Lakes and Energy, the solution to the grid’s reliability issue should also integrate renewable energy sources.

“In the short term, our grid relies on natural gas, which reduces greenhouse gasses but not completely,” Clift said.

During the COVID-19 pandemic, internet access at home became a crucial part of many people’s lives, raising questions about available and affordable access for students and workers.

But broadband services also will be essential for climate change mitigation, according to Phillips.

For example, “smart thermostats” learn the temperature preferences of their owners and reduce household energy use.

“I see broadband as kind of essential to climate change mitigation from an energy efficiency standpoint,” he said.