Harry’s Place to celebrate 100 years of food and family 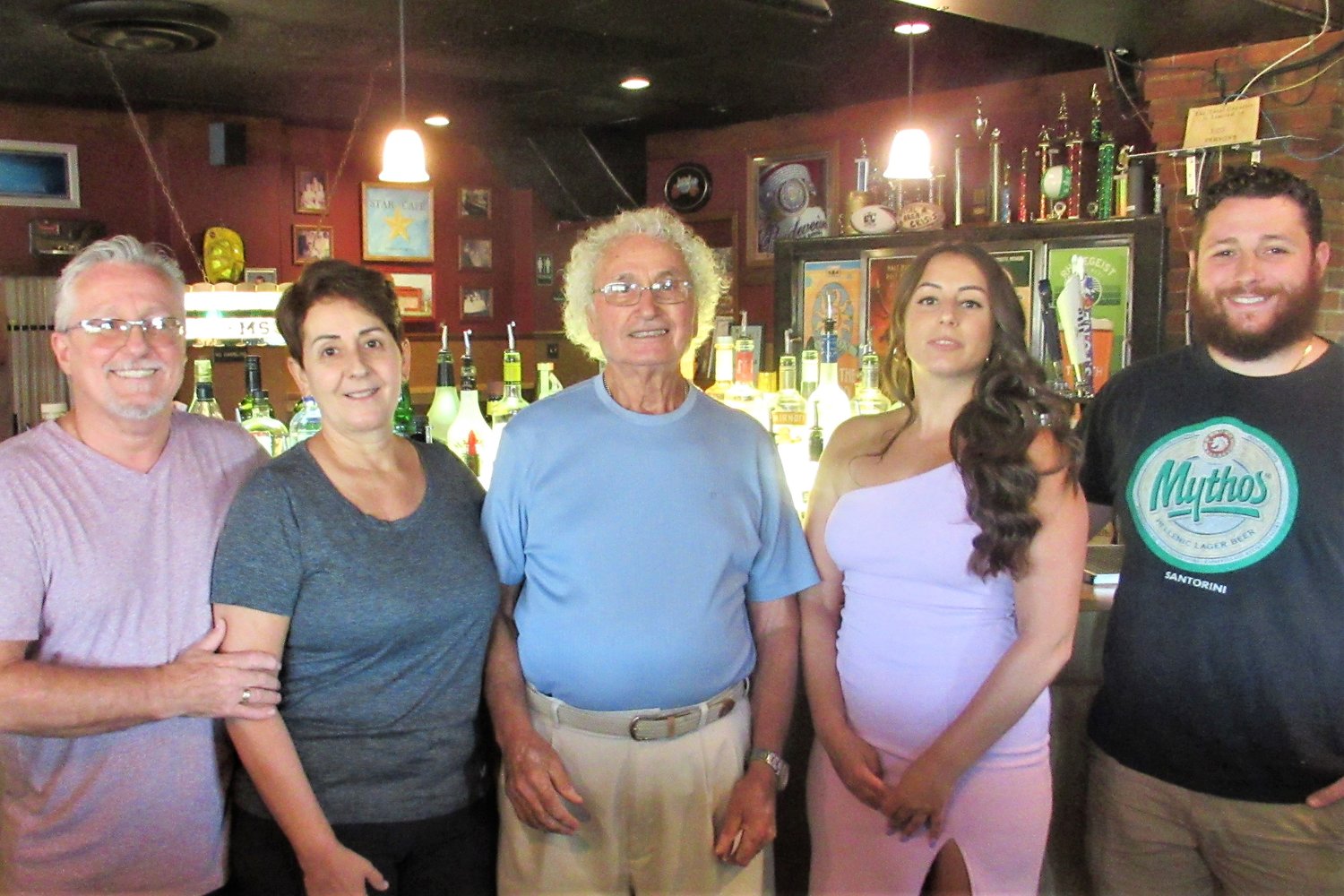 It’s 5 p.m. Friday at Harry’s Place.  A group of customers in their 30s and 40s are having a nice long chat with their waitress.

“Did you miss me?” she says, apparently having been off the week before. She talks about her kids for more than a minute, then one of the patrons lovingly tries to guess her age. She’s taking her time with the regulars, and the interaction between her and the customers is natural and genuine.

That’s what makes Harry’s Place special, Rawley Van Fossen, one of the many regulars, says. “It’s in the way they greet you, that simple feeling of connection, and good food.”

This Saturday (July 30), Harry’s Place, 404 N. Verlinden Ave., on Lansing’s west side, will mark 100 years in business with an all-day party.  “Come with stories,” co-owner Harea Bates said. “We want people to reminisce and say hi to Art.”

Art is her dad, Aristides Arvanites, who owned the bar from 1965 to 2005. Arvanites learned the business from his uncle, Harry Andros, the original owner, whose customers mostly comprised auto factory workers.

Bill Castanier, president of the Historical Society of Greater Lansing, said it’s rare to have three generations running the same establishment in Lansing. “They’ve managed to survive while everything around them was closing.”

Harea Bates, who owns the bar with her husband, Hugh, has worked there all her life. “It’s in our blood.” Their son Matthew, who they say will someday take over, said long-term staff have been a key to Harry’s longevity. He jokingly referred to the 2005 transformation of the restaurant as “a facelift,” describing interior updates and the big switch over from factory worker fare to family-style food and rotating craft beers.

When the GM Fisher Body plant was closing in 2005, Arvanites contemplated selling Harry’s Place, but he decided to give it to his daughter. Under the couple’s ownership, the restaurant has become a hub for westside groups, neighborhood politics, trivia nights and a weekly fish fry.

Dan Kelley, who has been coming to the bar for about a decade, called it a community meeting place. “You know all the faces, pretty much.” He and Harea Bates both credited westside neighbor Danielle Casavant for her involvement in reinventing Harry’s Place by inviting the community and encouraging the addition of Michigan craft beers to the menu. Today, it’s a long way from the restaurant Arvanites purchased from his uncle in 1965.

Back in those days Harry’s Place primarily served workers at the GM Fisher Body plant across the street on Verlinden. From 1935 to 2005 up to 5,000 workers were employed there, and they only had a half an hour for lunch. To meet the demands of the customers, the restaurant would prep for a lunch rush that was as carefully and quickly orchestrated as the factory line. Arvanites would ask the workers, “Will you be back tomorrow?” so they could get set up for the next day’s lunch. The workers would, in turn, tell Arvanites if they were going to be on vacation and who among their coworkers would be coming for lunch the next day. If you couldn’t get a table people, had to stand around the bar, or just stand crowded into the restaurant to get their lunch on the short breaks. The routine turned many workers into regulars. They would sit in the same spot every day, even going so far as to write their names on the booths. If a passerby came in off the street during the rush, they risked choosing the wrong seat and being asked to move because, “That’s Chief’s table, and he’s going to be here any minute.”

Arvanites said that one politician had a special seat at Harry’s Place, so special that he decided to host his retirement party there. At the end of the night the man stood up and started taking the chairs and the table with him. Arvanites cried out, “What are you doing?” and the politician told him, “I’ve sat in this spot for 30 years. You can replace the chairs.” Arvanites agreed that he could take the furniture and thanked him for his three decades of loyal business.

It’s “that simple feeling of connection: says Rawley Van Fossen (last on right) about what attracts him and his coworkers to Harry’s Place, where they convene for Happy Hour almost every Friday. (From left) Amanda Mussell, LeighAnna Beach, Jim Heinowski and Emma Henry.

Arvanites learned the restaurant business from his uncle, the original Harry Andros, who is pictured on the signage and menu of Harry’s Place in a bold line drawing with a cigar in his mouth. The story goes that in 1922, auto industry pioneer and GM co-founder William “Billy” Crapo Durant asked Andros, then a 26-year-old Greek immigrant, if he would open a restaurant to serve the workers at the new Durant Motors factory, the predecessor to the Fisher Body plant. Durant lent Andros the $8,500 to build out the café and the rest, as they say, is history. Harry ran the restaurant from 1929-1965 (except for five years off during the Great Depression). Originally named the Star Café after the Star automobile was manufactured across the street, Andros changed the restaurant’s name to “Harry’s Place” in 1934.

Van Fossen, Emma Henry, Leighanna Beach, Amanda Mussell and Jim Heinowski meet for a weekly coworker happy hour on Fridays. For Van Fossen it’s a spot that feels comfortable. He knows the Bates kids, Matt and Kristi, by name. During the pandemic, he said, Harry’s Place stayed relevant by updating its outdoor seating, complying with COVID protocols and having beer releases and other events outdoors. Like many of his coworkers, he’s been coming for about a decade. “The neighborhood feel has been constant,” he said. “It hasn’t changed at all.”