LEAP: Development ‘pretty much fully funded,’ waiting for May approval 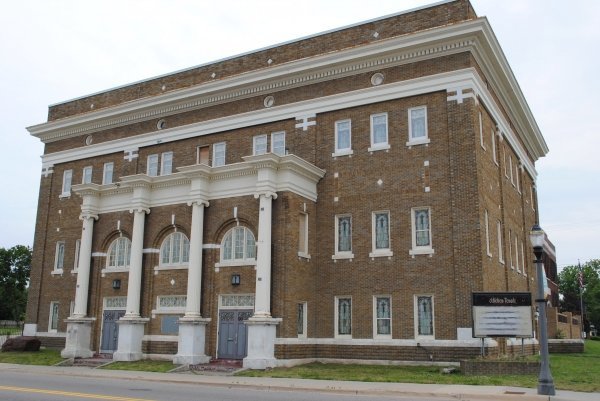 The Michigan Economic Development Corp. sent a “letter of intent” recently to provide state funding to get the project moving, according to officials at the Lansing Economic Area Partnership. And that means shovels can theoretically hit the dirt after its approved in May.

“That’s a tough building,” said Karl Dorshimer, vice president of economic development at LEAP. “A lot of people have taken a run at that. Hopefully, this time it really gets developed.”

Michigan Community Capital purchased the building last February with plans to add retail and office space to the first floor, along with 31 residential apartments on the upper floors for the “Temple Lofts.” Plans also call for a two-story parking deck to be built next to the building.

The city of Lansing has since approved a Brownfield redevelopment plan that allows developers to be reimbursed for their renovation costs by deferring property taxes that would otherwise be paid on the increased value of the soon-to-be renovated Old Town property.

Dorshimer said the recent MEDC letter means the project is “pretty much fully funded” and just needs to be approved by the Michigan Strategic Fund in May. After that, it’ll just be a waiting game to determine when commercial construction can continue in Michigan.

Under Whitmer’s “Stay Safe, Stay Home” executive order, all commercial construction projects — save for a few “essential” operations — have been suspended across the state. The Temple Lofts project would be no exception to that mandate, according to LEAP officials.

Dorshimer said developers plan to preserve as much of the existing facade, making most of their renovations to the interior of the building. Plans call for an office space for the developers, a coffee shop, among other features, for a project that is expected to tally to at least $14 million.

“Lansing’s time is now, and the redevelopment of the Temple Club will ensure an even more vibrant and active business and residential district for residents and visitors of Old Town, Northtown and all of north Lansing,” Mayor Andy Schor said last year, praising the project.

Constructed as a church in 1906, the Bethlehem Temple Building is more recently remembered as the Temple Club, an entertainment club that operated from 2001 to 2006 and featured such high-profile acts as Wu-Tang Clan and Patton Oswalt. Since that time, the building has been used infrequently for music and film festivals. Lately, it’s been shuttered.

Visit lansingcitypulse.com for previous and continued coverage as the project comes together.