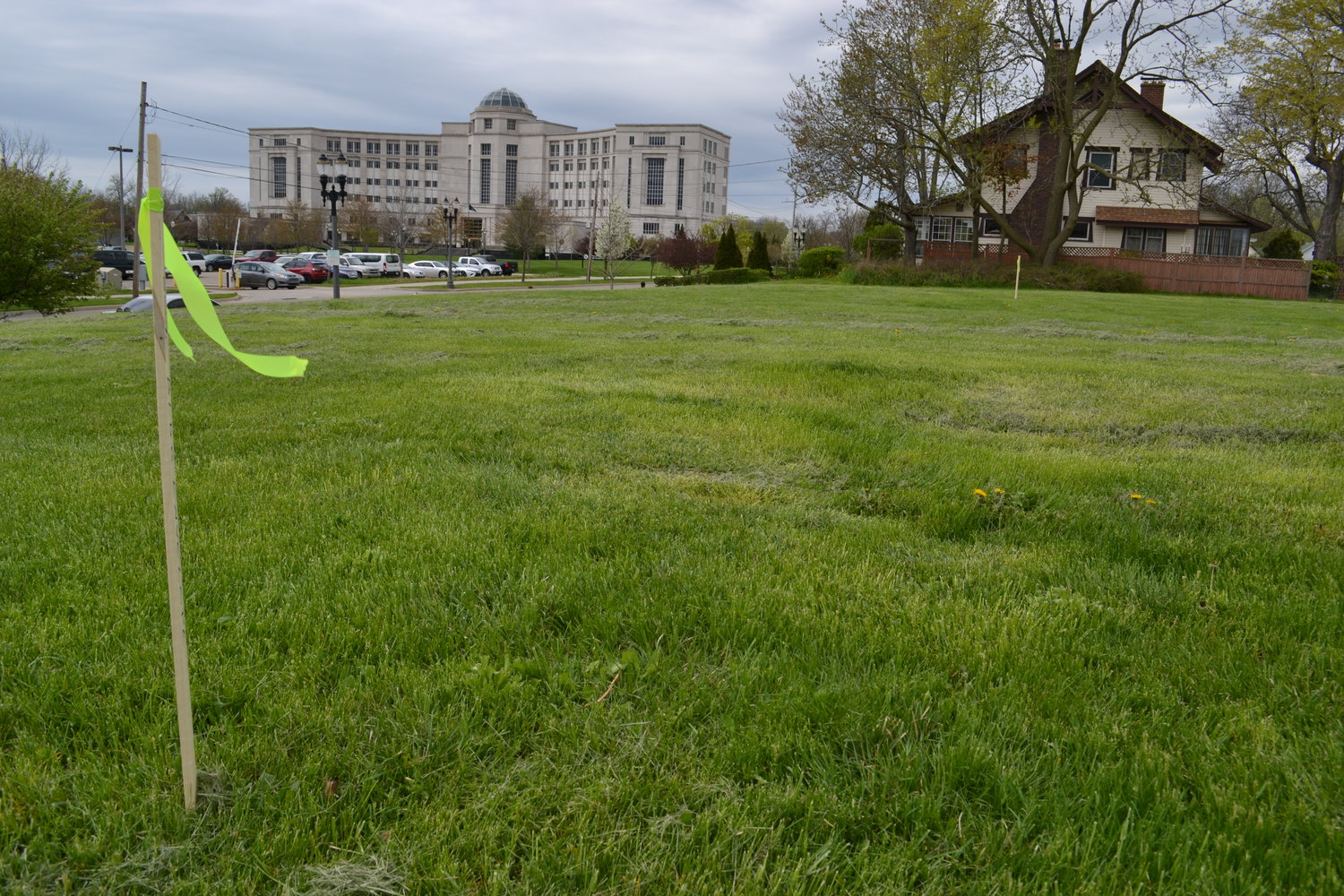 Contractors have begun site work about three blocks west of the Capitol on the 700 block of Ottawa Street. The project is expected to include two, four-story apartment buildings with 48 units and commercial space.
Kyle Kaminski/City Pulse
Posted Thursday, May 9, 2019 1:37 pm
Kyle Kaminski

THURSDAY, May 9 — Work has begun on Capitol Park Center, a 48-unit apartment complex with retail space near the Hall of Justice.

Contractors have begun site work about three blocks west of the Capitol on the 700 block of Ottawa Street. It will include two, four-story apartment buildings with 48 units. At least 25% of the development will be designated for low-income residents and the chronically homeless.

The site is bordered by Ottawa on the south, Butler Boulevard on the west, Ionia Street on the north and Sycamore Street on the east.

Site plans approved by the city of Lansing this year show the project will include 8,500 square feet of commercial space adjacent to a yet-to-be constructed office building for the Michigan Association of Broadcasters. The plans also call for more than 150 parking spaces to accommodate the two developments.

But some of those who live nearby the development site contended they should’ve at least been notified of the plans before shovels hit the dirt yesterday morning. And the site plans call for the removal of at least 30 trees, including several mature maple and walnut trees that were already in the midst of being uprooted this week.

The Michigan Association of Broadcasters bought most of the largely vacant block back in 2013, according to Ingham County property records. Some of that parcel was retained for its new office space, according to site plans, which is to be built on the southwest corner of Sycamore and Ottawa. The remainder will become a part of the newly named Capitol Park Center.

No demolition is anticipated. The project, instead, will weave around the seven homes along that square block.

In 2016, Ann-Arbor based developer Bob Jacobson of LC Consultants LLC. was awarded $1.1 million in federal low-income tax credits to make the project possible. He couldn’t be reached for comment for this story.

The state administers those tax credits through applications and competitive scoring criteria. More than 20,000 affordable apartments have been assisted statewide using the incentive for private owners of affordable rentals.

Lansing Mayor Andy Schor said Jacobson’s team assured city officials they had engaged and gained support from the local neighborhood. Those who live nearby suggested otherwise. Public notification on a largely private development project is only a courtesy and not a requirement, Schor added.

Neither project has generated development plans nor tax incentives that require approval from the City Council.

Officials at the Michigan State Housing Development Authority expect the apartments to be completed sometime before June 2020, creating 150 construction jobs and eventually leading to 20 full-time jobs in the unnamed commercial space. One full-time manager will also look after the property and its eventual tenants.

The timeline for the new office space for the Association of Broadcasters is unclear. Officials there couldn’t be reached for comment, but most of the block was staked off this week as contractors converged on the site.

A spokeswoman for the Mayor’s Office said Lansing approved site plans for both projects earlier this year. Permits for the residential buildings were issued in April. Building permits for the commercial elements are still en route.