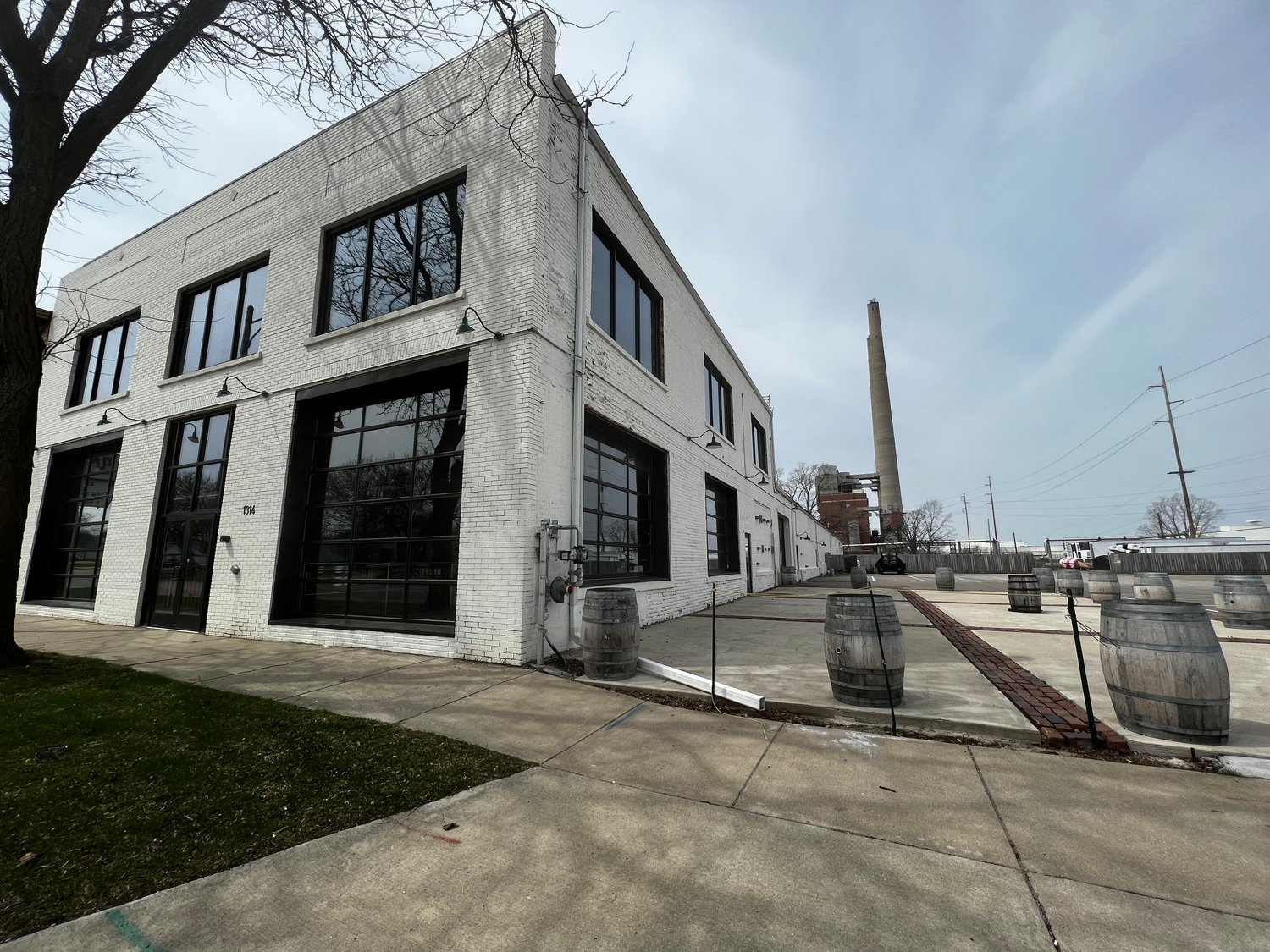 WEDNESDAY, April 20 — After about four years of planning and renovations, Ellison Brewery and Spirits is nearing the finish line on its plans to open a third location on Washington Avenue: a new restaurant and brewery set to move into a historic building on the edge of REO Town.

The East-Lansing based craft beer brewery and distillery was founded in 2015 and in late 2019 expanded to include a second location in downtown Indianapolis. And next week, the Lansing City Council is set to approve a liquor license that could eventually enable a third location to open this year at 1314 S. Washington Avenue, just south of the REO Town railroad tracks.

Owner and Head Brewer Aaron Hanson submitted an application to the Council this month for a new “microbrewery” license there, as well as permits for a tasting room, outdoor service, Sunday sales, catering, dance and entertainment at the building: the original showroom for Diamond Reo trucks, which were made in Lansing for a brief time in the late '60s and early '70s.

The City Council is expected to greenlight the plans on Monday,  enabling Hanson to apply for a license with the Michigan Liquor Control Commission. From there, it’ll be a waiting game.

“Pretty much everything is done,” Hanson told a Council committee yesterday afternoon. “Once I get city approval, then I’ll submit that to liquor control. That’s the last piece we’re waiting on — that and some supply chain stuff, like tables and chairs. Everything else is functional and ready.”

Hanson said the conceptual plans for the brewery have been underway since late 2018, but renovations were more difficult than anticipated and recent supply chain woes haven’t helped.

“The REO Town project has been a little more than what we thought it was going to be. It may have been cheaper and faster to tear it down and build something new, but the historical significance behind that building is hard to ignore,” Hanson told the Council. “It’s 140 years old.”

To help commemorate the automotive history behind the building, Hanson said the R.E. Olds Transportation Museum has agreed to lease the brewery a 1946 pickup truck to display on site.

Hanson doesn’t have a timeline for a firm opening date, but he’s optimistic. State regulators are set to do a “final inspection” at the building next week. Furniture also needs to be ordered. State-issued liquor licenses, however, can often take several weeks to be fully approved.

“Everything else is functional. The pizza oven, the taps  — everything is there,” Hanson said.

Hanson grew up in Dewitt and described Ellison as a “veteran-owned business” to the Council.

It’s stated mission: To constantly experiment and continually refine its beer, wine and spirits. Its top-rated concoctions include a tiramisu coffee stout, its “Relativity” imperial IPA and “You Can Get With That…JUICE” — a New England IPA with a piney aroma and a juicy, grapefruit flavor.

“Sure, we have the usual suspects, but we’re always looking for new flavors,” its website states.

Products are distributed from its two taprooms as well as 700 retail locations across Michigan.

The second floor above the future brewery has also been rented for private events amid the renovations, according to the Ellison website. That space can accommodate up to 148 people and includes private bathrooms, a separate bar, an elevated music stage and stellar city views.