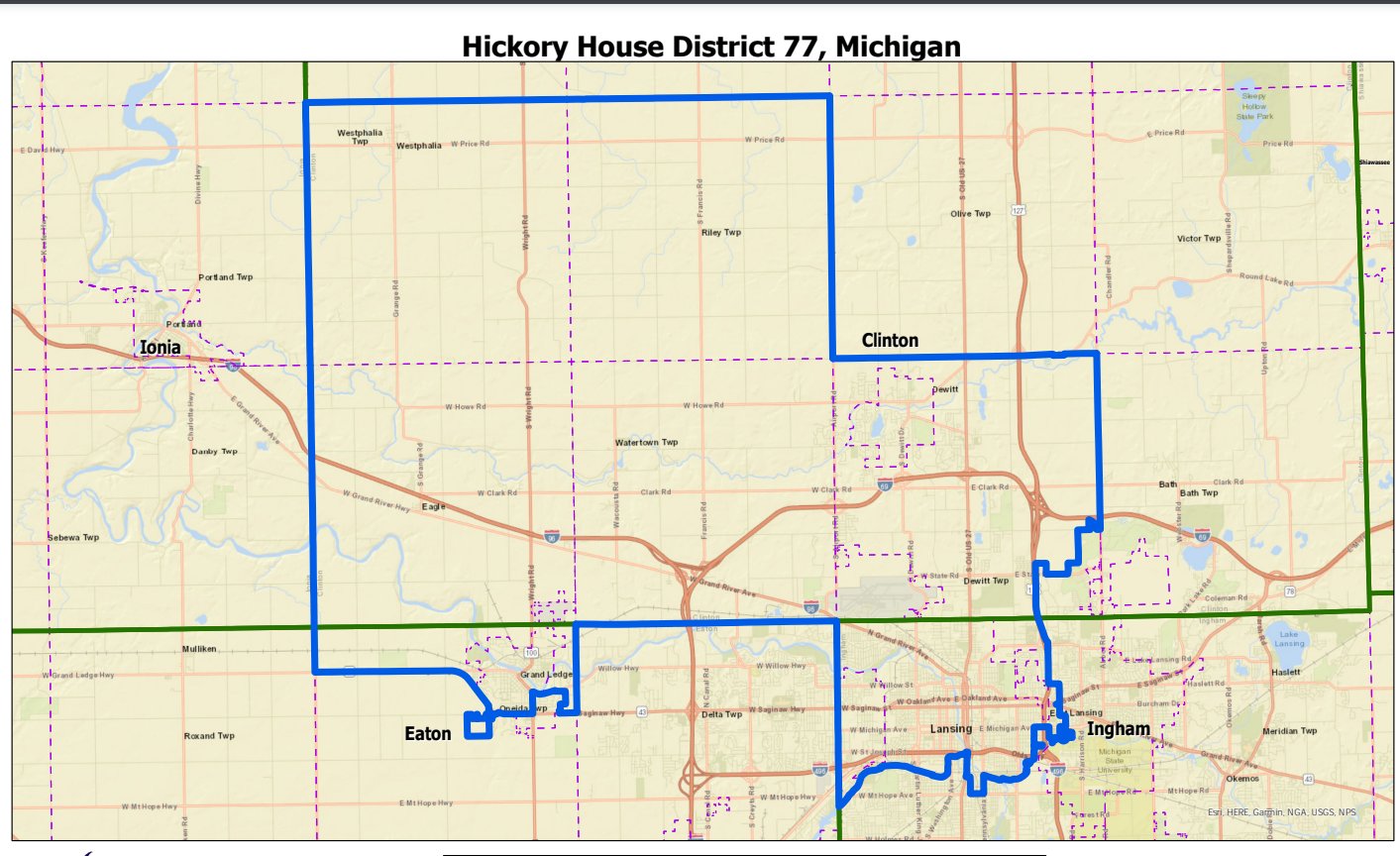 Michigan's 77th House District. The district is outlined in blue, while the green lines are county lines. In all, the district includes downtown Lansing north into Clinton County and a small area of Eaton County including Grand Ledge.
Courtesy/State of Michigan
Posted Wednesday, August 3, 2022 11:02 am
Todd Heywood and Berl Schwartz

In an upset victory, LGBTQ leader Emily Dievendorf beat former basketball star Jon Horford by 25 votes in the race for the Democratic nomination for the state House of Representatives in the 77th District, according to unofficial election results.

Dievendorf appears to have token Republican opposition, so she seems headed to victory on Nov. 8.

With all votes counted, Dievendorf, of Lansing, received 4,547 votes to 4,522 for Horford, who recently moved to Lansing from Grand Ledge.

Neither candidate has returned messages yet today.

The new district comprises downtown Lansing north to the Clinton County line, a large chunk of Clinton County and a small portion of Eaton County, including Grand Ledge.