Schor wants to end banning former convicts from being on boards 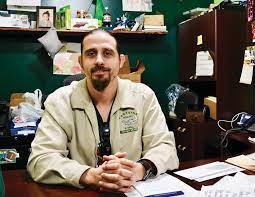 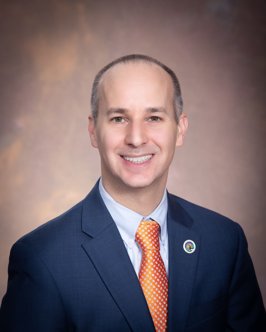 A blanket ban is not helpful to the city or to those who may have made a mistake but have turned their lives around and are contributing members of our community.”
Lansing Mayor Andy Schor
TODD HEYWOOD

When Mayor Andy Schor sought to nominate a local businessman to the city’s Economic Development Corp., he made an interesting discovery: He couldn’t.

“I had to call the mayor and tell him I couldn’t do it because of that provision,” said the businessman, who has a retail food shop. He asked not to be identified.

“That” provision is a prohibition in the City Charter that bans anyone convicted of a felony in the last 20 years — the businessman has a marijuana arrest on his record — from serving on boards and commissions.

And that is something the mayor wants voters to change. As a result, an amendment to overturn the ban will appear on the General Election ballot in Lansing in November.

“I honestly don’t know why that was put in the charter,” Schor said. “Frankly, I didn’t need to look into the history because it was wrong.

“The mayor and the Council can evaluate the impact, if any, of a nominee for a board or commission for a person with a criminal record,” Schor added.

“It doesn’t mean a conviction doesn’t become a part of the process. It means we can use our ability to determine on a case-by-case basis whether the conviction is a problem. A blanket ban is not helpful to the city or to those who have maybe made a mistake but have turned their lives around and are contributing members of our community.”

Last week the City Council unanimously approved an amendment to the 1978 City Charter that will allow people with felony convictions to serve on boards and commissions, clearing the way for the Nov. 8 vote. It would maintain another provision that still prohibits felons from seeking elective office.

The conservative Mackinac Center has estimated 50,000 Michiganders are convicted on felony charges each year in Michigan.

One of them was Henry Meyer, who owns Eastside Fish Fry. Twelve years ago, Meyer was convicted of manufacturing marijuana plants and served 30 months in prison.

Meyer said he is excited about the potential change.

“For years I didn’t tell anyone about my convictions, I just built my business,” said Meyer, 37. “But now that I am talking about it, I am finding people really don’t care. They care about delivering good food at a reasonable price. That’s what they value. And while I may have had four negative emails when I was on ‘Diners, Drive-Ins and Dives,’ I had 20 more people congratulating me and choosing to come to my business.”

He said a similar thing can happen with felons serving on volunteer boards.

“At some point,” he said, “that person can turn to another on the commission or the board who has harbored a negative idea about felons, and say, ‘Hey, I’ve worked beside you for two years. We’ve accomplished this and done that for the community, together. Suddenly, that changes a person’s stigma or perception of felons — and that will ultimately make reintegration easier for everyone.”

Meyer deliberately seeks out and hires people with criminal records.

“It’s a chance for them to start over,” he said. “It gives them the chance to be part of the community by being employed.”

Safe and Just Michigan, an advocacy organization for criminal justice reform in Lansing, reports that 67% of paroled Michigan felons are unemployed, despite a worker shortage and a 4.3% state unemployment rate in May.

Being unemployed and without access to affordable housing are two contributors to recidivism, said Meyer. Former Gov. Rick Snyder signed an executive order in 2018 that bars employees from asking on applications if a person has been convicted of a felony. The law only applies to state jobs however. East Lansing banned the question in a 2014 ordinance.

Schor said the city has been working with the Michigan Department of Corrections on a program to increase successful re-entry into the community for people convicted of crimes. The pilot project, he said, provides access to housing, employment and other assistance, helping to integrate those returning from prison to create the stability that studies show reduce recidivism.

He said his move to amend the City Charter will help in the integration process as well.

“People who have made a mistake,” he said, “and paid their debt to society bring an important voice and representation to the table for our commissions and boards. Those are voices we need to have at the table.”