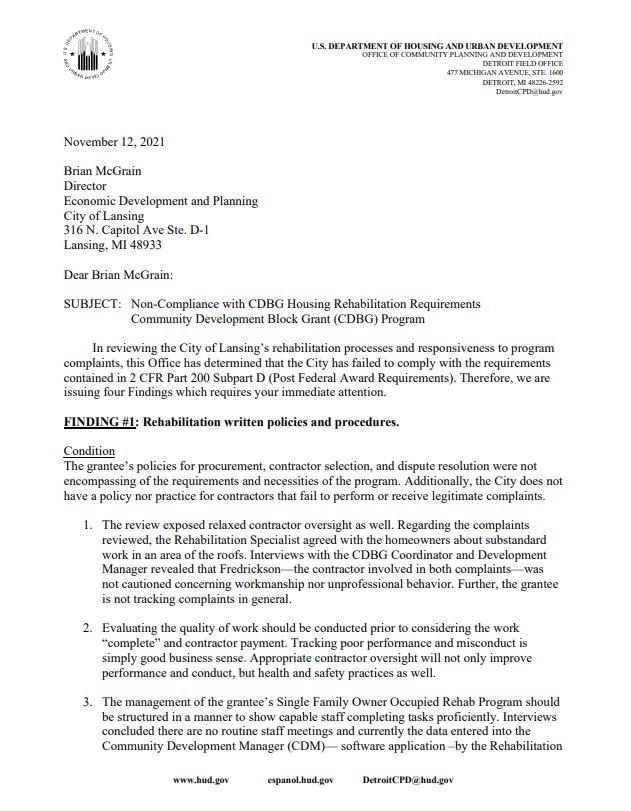 Page 1 of a letter sent by the U.S. Department of Housing and Urban Development sent to Lansing city officials late last year. The letter outlines four findings regarding policies and procedures that don't meet federal rules in oversight of Community Development and Block Grant dollars. 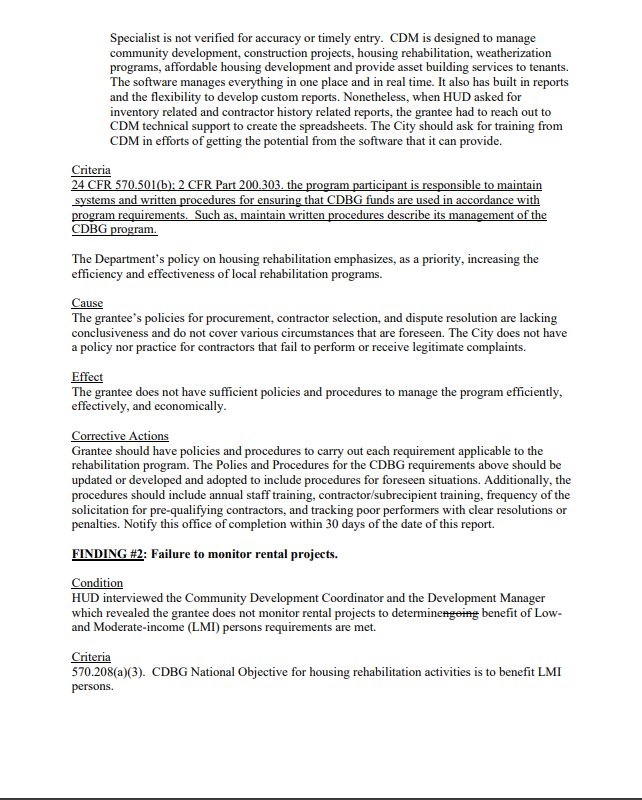 Page 2 of a letter from the U.S. Department of Housing and Urban Development sent to Lansing city officials late last year about policy and procedure concerns in the Community Development and Block Grant program. 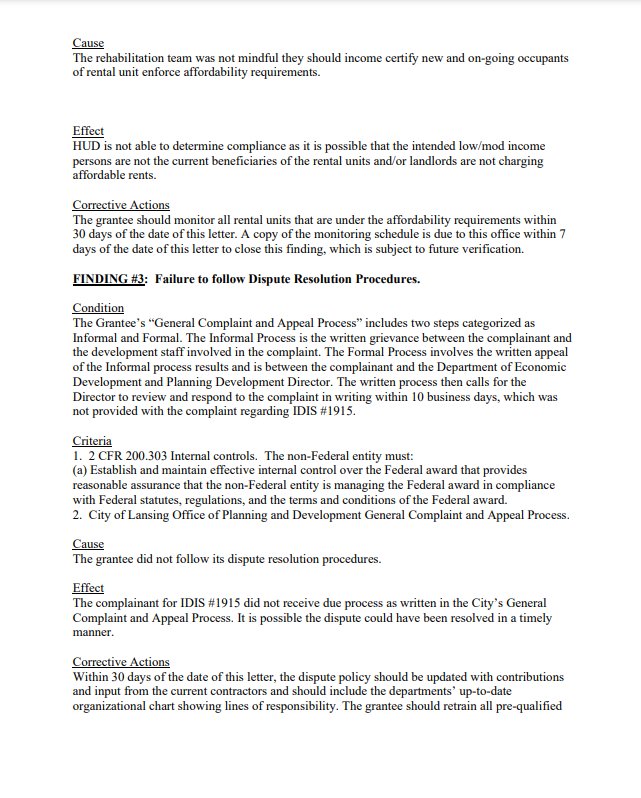 Page 3 of a letter from the Department of Housing and Urban Development sent late last year to Lansing city officials about policy and procedure issues in oversight of federal Community Development and Block Grant dollars. 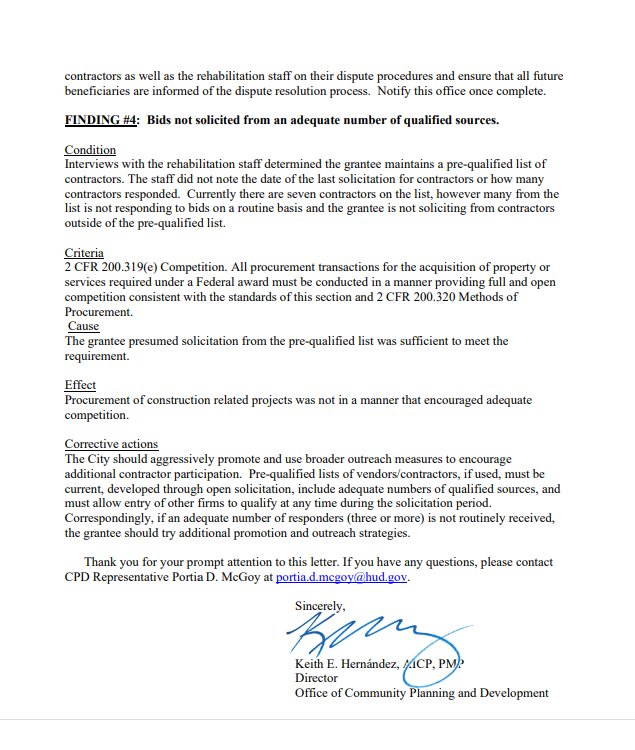 MONDAY, June 20 — The U.S. Department of Housing and Urban Development sent a chastising letter to the city of Lansing after a review of its policies and procedures for the use of Community Development and Block Grant dollars.

The Nov. 12, 2021, letter found four violations of federal grant oversight related to the use of the federal dollars  low income housing repair assistance. All four findings required the city to rectify the issues within no more than 30 days.

“As a grant administrator, the City of Lansing regularly receives communication on many programs,” said Scott Bean, communications director for the Mayor’s Office. “After a review, the federal Department of Housing and Urban Development found some areas of general process improvement in the administration of this program. The City accepted these findings and moved to successfully implement those changes at that time with no further input from HUD.”

HUD did not withdraw any grant dollars or fine the city for the findings. Nor did HUD find the city’s response inadequate in addressing the concerns, Bean said.

The four findings were that the city failed:

— to have a process to address contractors who improperly completed rehabilitation projects under the CBDG program;

The letter was the response to complaints to HUD by two unidentified individuals over how the city had addressed a failure by contractors to properly complete roofing projects.