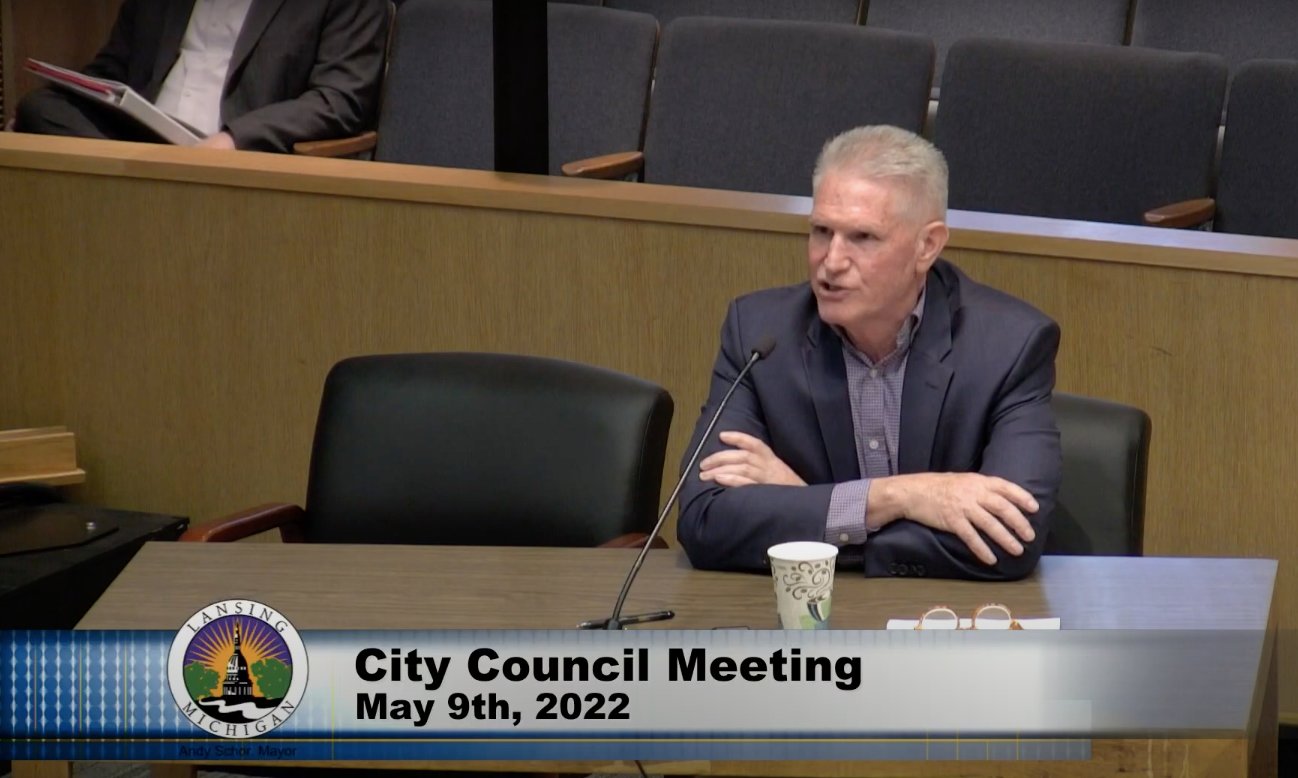 THURSDAY, May 19 — Only eight Lansing residents have so far qualified to buy their homes from the Lansing Housing Commission while the public authority moves forward with plans to offload about 200 of its city properties to an out-of-state real estate investment firm.

Housing commission Director Doug Fleming updated the Lansing City Council last week on the longstanding plans, which were first reported by City Pulse in March 2020. He said  tenants will have one last chance to purchase their homes before the deal is finalized this fall.

The sale will operate through the U.S. Department of Housing and Urban Development’s Section 18 program, which allows (and encourages) public housing authorities to sell the single-family homes in their portfolios and use the funds to support more affordable housing.

If the deal goes through as planned, none of the current tenants at any of the homes will be required to move. All of them will also have an opportunity to purchase their homes. So far, at least 40 tenants have expressed interest, but only eight of them have demonstrated they have enough cash to afford it, Fleming said. The rest are set to be sold to SK Investment Group, which plans to seamlessly take over existing lease agreements without changing the rental rate.

Security deposits would also be transferred or returned before another one may become due.

Negotiations are still underway and potential sale prices have not been publicly disclosed. Fleming was unavailable for an interview this week and didn’t respond to emailed questions, but he told the Council that he hopes to have a final purchase agreement inked before fall arrives.

“The mission of our board is to invest millions of dollars into our current housing stock to vastly improve the housing supply and living conditions of our current residents,” Fleming told City Pulse when the plans were first publicly announced in early March 2020. “The total investment will not only be one of the largest investments in the city by any developer or private individual, but it will also be one of the largest investments ever into the city of Lansing neighborhoods.”

Back then, Fleming pitched the massive housing sale as a solution to a worsening problem. Maintaining hundreds of different properties across the city is expensive and can pose a logistical headache to manage, Fleming told the  Development and Planning Committee.

Records show the commission operates about 750 residential units in the city. More than 500 apartments comprise the large complexes of Capital City Senior Apartments (formerly South Washington Park), Waverly Place (formerly Mount Vernon), Hildebrandt and LaRoy Froh. The others are defined as “scattered sites,” a collection of various rental homes (and duplexes) owned and operated by the commission, mostly on the city’s south side.

Most of the Lansing Housing Commission's homes are located on the south side of Lansing.

Records filed with the Council show about 115 of those homes are south of I-496. Another 47 are identified as “Central” properties, including downtown and much of the Michigan Avenue corridor. About 40 are on the city’s northside, defined as anywhere north of Oakland Avenue.

The collection of scattered properties harkens back to a dated model of affordable housing, Fleming explained. Low-income residents (at least in the 70s and 80s) have found them more attractive to larger, denser and more socially isolated apartment complexes for those in poverty.

Because the homes were integrated into socioeconomically diverse neighborhoods, residents and their children benefited from a perception of safer surroundings and better access to quality schools. They also offered residents a chance to feel welcomed in real neighborhoods rather than be crammed into tiny apartment projects often filled entirely with low-income residents.

But many of those homes have aged, require maintenance and have become an administrative burden for the commission, Fleming said. And the additional revenue from selling the homes will help support some much-needed renovations at some of the commission’s larger sites.

“New thinking, management practices and resident preferences have moved HUD away from scattered housing. The Lansing statistics show that crime is about equally spread throughout the city and we have properties located in all four areas,” Fleming explained to City Pulse soon after the plans were formed. “They also have access to schools of choice where available.”

Selling off the homes will also make it easier for the commission to maintain its four centralized properties rather than traveling the city to fix up hundreds of different properties, Fleming said.

“I can fix one roof for $15,000 that benefits six families in my condo buildings, or spend $12,000 to fix up one single-family home that only benefits one family,” he added, also noting that many code enforcement violations have stemmed from the commission’s scattered site properties.

“This is taxpayers’ money. We need to look at the best use of the funds.”

He also said the proceeds from the sale will also be earmarked for reinvestments in clean, safe and affordable housing, —about $56.4 million in renovations that are underway at Capital City Senior Apartments, Waverly Place, Hildebrandt and LaRoy Froh.

The Council voted to approve an ordinance change in 2020 that enabled the sale to proceed.

“It’s my expectation that these (scattered sites) will remain affordable for the people who need them. The option to put money into the (larger apartments) is important,” Fleming explained.

Afterward, former Councilman Brandon Betz told City Pulse that he was given “assurances” from Fleming that management of the properties would not be handed off to “slumlords.”

Following some pandemic-related delays, the housing commission issued a request for proposals in October to find a buyer for the homes. A total of 375 different entities were invited to submit a bid. And while there were 25 interested parties, only two submitted a formal bid.

The “leading candidate” for the sale is SK Investments Group, a real estate investment firm based in Sunrise, Florida, that owns about 1,500 apartments across three states, including 250 single-family homes that it recently acquired through the housing commission in Pontiac.

Nobody at the Lansing Housing Commission administrative offices was able to release copies of the RFP or SK Investment Group’s proposal while Fleming was out of the office this afternoon. Officials at SK Investment Group declined an interview citing the preliminary nature of the deal.

Fleming said a 20-year contract with the firm would ensure the local homes stay affordable — limited to no more than 30% of a tenant’s annual income — through at least 2042. He also emphasized that “very few” tenants would need to relocate after the sale and noted that rent would not increase over those 20 years unless a tenants’ annual income were also to increase.

The Lansing Housing Commission hops to finalize the sale by this fall.

As part of the proposed deal, the housing commission is also contemplating providing management services of the properties for SK Investment Group, Fleming said. Council President Adam Hussain labeled the concept as “perplexing” — namely because the “headache” of managing the properties was an impetus for the sale when the plans emerged in 2020. Fleming hasn’t explained exactly why the commission was considering the arrangement.

Other Council members voiced concern about the limited number of tenants who have so far qualified to buy the homes and urged Fleming to ensure residents understood the process.

The housing commission hosted a Zoom meeting in April to explain the situation to current tenants. Another one is set to be organized in June — which will also enable tenants to gather additional information about how they can potentially purchase the properties for themselves.

Residents who can demonstrate financing to complete the purchase must do so by July 1.

Officials don't expect current residents to be displaced during the sale.