Flash in the Pan: Tandy’s coleslaw 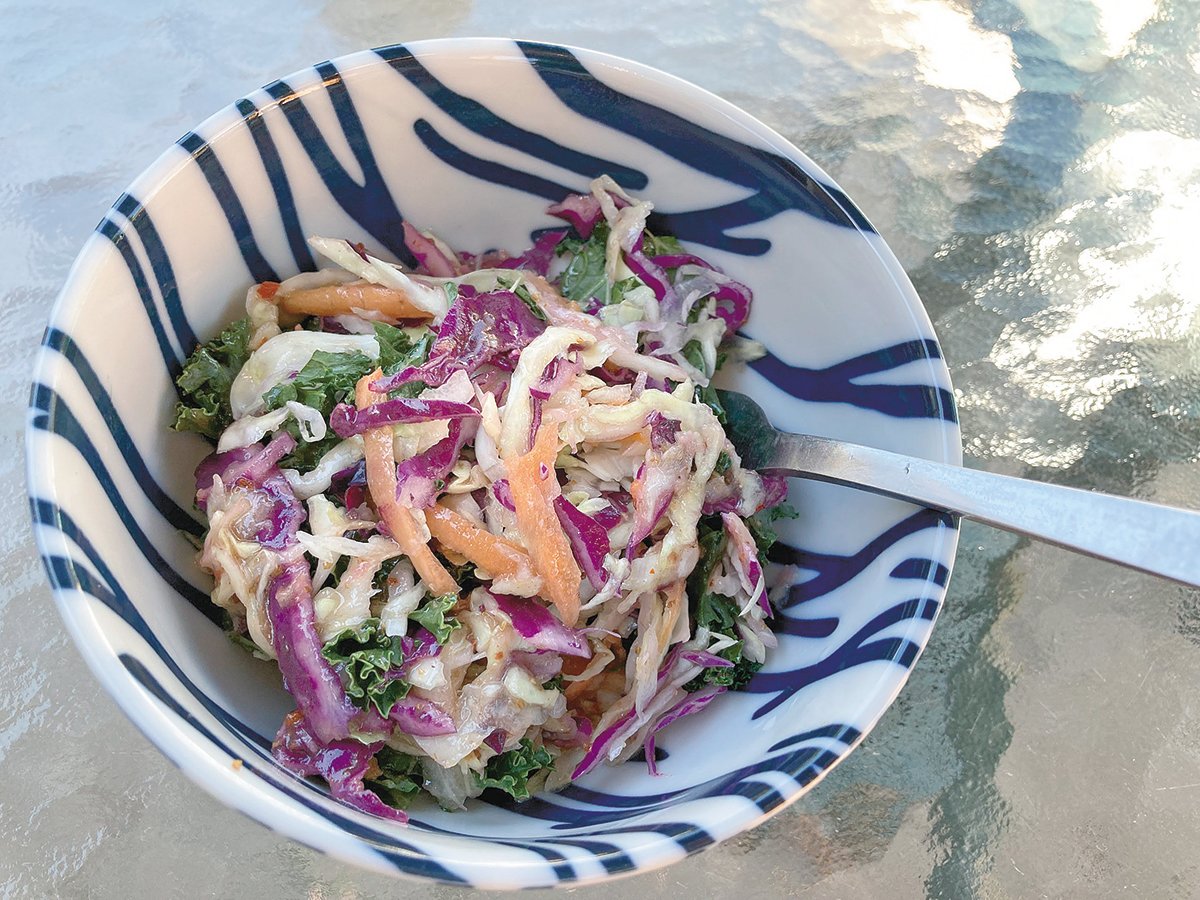 Cole slaw made with Ari LeVaux's special recipe, which is based on one of his favorite restaurants in New Mexico.
Ari LeVaux
Posted Wednesday, July 14, 2021 12:00 am
Ari LeVaux

When I ask a chef for a recipe to print in this column, I know it is a big request. It is the core blueprint of their business. A storehouse of value and trade secret all in one.

Amazingly, most do. But when I showed up at Tia’s Big Sky Artisanal Mexican Restaurant, in Missoula, Montana, to pick up an order of takeout, I had already concluded that Tia would not be cooperating.

The counter girl looked up at me from my order: one tamale, one hibiscus aguafresca and two large sides of coleslaw.

“Are you the guy who called earlier today?” She asked.

“I had a feeling,” I said. “That’s why I ordered all this coleslaw.”

Back when I was a restaurant critic for an Albuquerque newspaper, I used to dream about a restaurant like Tia’s that would serve Mexican food made with high-quality, local ingredients. You can make a fine meal out of anything on the menu, even a side order of beans — flavored so enticingly with coriander and pork. Every dish at Tia’s bears the marks of many little tricks.

So, when Kim, or “Tia,” as I call her, shot me down, I could hardly blame her. It is her intellectual property, her choice. Plus, it makes for a more interesting story if she will not talk.

“She once traded the recipe for $500 worth of art,” said the counter girl, Kari, who is a partner in the business, as I paid the bill.

I had barely pulled out of my parking spot when Kari appeared in the parking lot with a whistle that would stop traffic.

I had left without my aguafresca, and so I went inside to claim it. “I thought you came out to tell me Tia had changed her mind,” I joked. That is when Tia, shiny with sweat, appeared behind the counter.

“You’re the one who wants to know how to make the sauce?” she asked.

“I’m not saying it isn’t worth it. But I don’t pay for recipes, and I don’t marry them. I only date recipes.”

At home, I got to work on it with my wife, who is my secret weapon. She is a better taster than I, with a particular talent for salad dressings. We ate Tia’s coleslaw and wondered what it was, beyond the obvious cumin and lime. There was sweetness, obviously, and chile spice. But was there also garlic? And vinegar, in addition to the lime? Was there mustard powder, perhaps a drop of fish sauce, or maybe a sprinkle of brewer’s yeast behind that subtle umami? Was it Thousand Islands dressing? A drop of ketchup?

A few days later, I showed up at Tia’s for an order of takeout. She was behind the counter.

“We kind of wonder if there’s a bit of tomato,” I tried.

Tia looked thoughtful. “Well maybe a bird flew over the sauce with a tomato in its mouth,” she speculated.

At home, I asked my wife if she thought Tia was omitting the part where the bird drops the tomato into the sauce. “No. I think she’s giving us a hint,” said my external salad-sleuthing sensor.

She kept munching on the slaw. “It’s just a little nutty,” she concluded.

We got to wondering. Sesame oil? Peanut oil?

We started with almond butter because we had it on hand. My salad detector chewed slowly. Then she sent me to the store for tahini.

We concluded they both work, as both support the cumin like a stage, amplifying the cumin flavor without calling for obscene amounts.

Everything about this slaw is understated, like the creator of the original secret sauce. And that is why it works. Did we decode the slaw? Only one or two people know for sure, but this peanut gallery is happy with where we ended up.

A light, almost mayo-free slaw. I use Vegenaise, an egg-free mayo, but whatever you use, the key is to just add the smallest amount possible. This is not a creamy coleslaw, but it does have creamy little secrets.

1 teaspoon Vegenaise (or mayo of choice)

Juice of a good lime, about 4 tablespoons

1 pound cabbage (I like a mix of 2/3 pounds green cabbage, 1/3 pound red cabbage), grated on the largest setting into thin sheets, with the remaining heels chopped as best you can

First, make the sauce. Add the oil to a jar with a tight-fitting lid, followed by the tahini and Vegenaise. Stir and then shake vigorously to combine. Add the cumin, celery salt, chile, soy sauce and honey. Stir in the honey until it dissolves and shake again. Add the lime juice and vinegar, shake again and set aside.