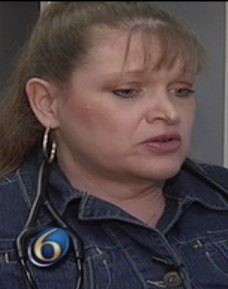 MONDAY, Aug. 15 — The Michigan Court of Appeals ruled against former Lansing  Dr. Shannon Wiggins' suit against her criminal attorney. The reason? She missed the deadline to file a malpractice case.

Wiggins sued Lansing attorney G. Sal Gani because he had defended her husband, Mohamad Abduljaber, in a domestic violence case in which she was the victim. Gani had also represented Abduljaber on a variety of other criminal charges. She alleged that the previous defense of her husband was a conflict of interest.

Both the Ingham County Circuit Court and the Court of Appeals ruled that because over six years had elapsed since the alleged misconduct by the attorney and the filing, the law barred the lawsuit from proceeding. She filed her malpractice lawsuit on Aug. 26, 2020. Gani’s representation of her began in October 2014. State law prohibits filing a malpractice lawsuit after six years.

Federal authorities arrested Wiggins and Abduljaber after a federal grand jury indicted the couple for conspiracy to commit health care fraud and receiving kickbacks for unnecessary diagnostic treatments paid for by federal programs like Medicaid and Medicare. The couple entered guilty pleas in January 2014 on the charges and charges of filing a false tax return.

On Aug. 21, 2014, Wiggins was sentenced to two years in prison, the Lansing State Journal reported. She was also ordered to pay $285,781 in restitution. To pay that restitution, she surrendered both buildings where she ran her practices. One building is on Michigan Avenue near Foster Avenue. The other building is near the Ingham and Clinton County border in northwest Lansing., across from the entrance to the airport. She also surrendered a  2009 Jaguar and a 2006 Cadillac Escalade.