Get your Phil and more 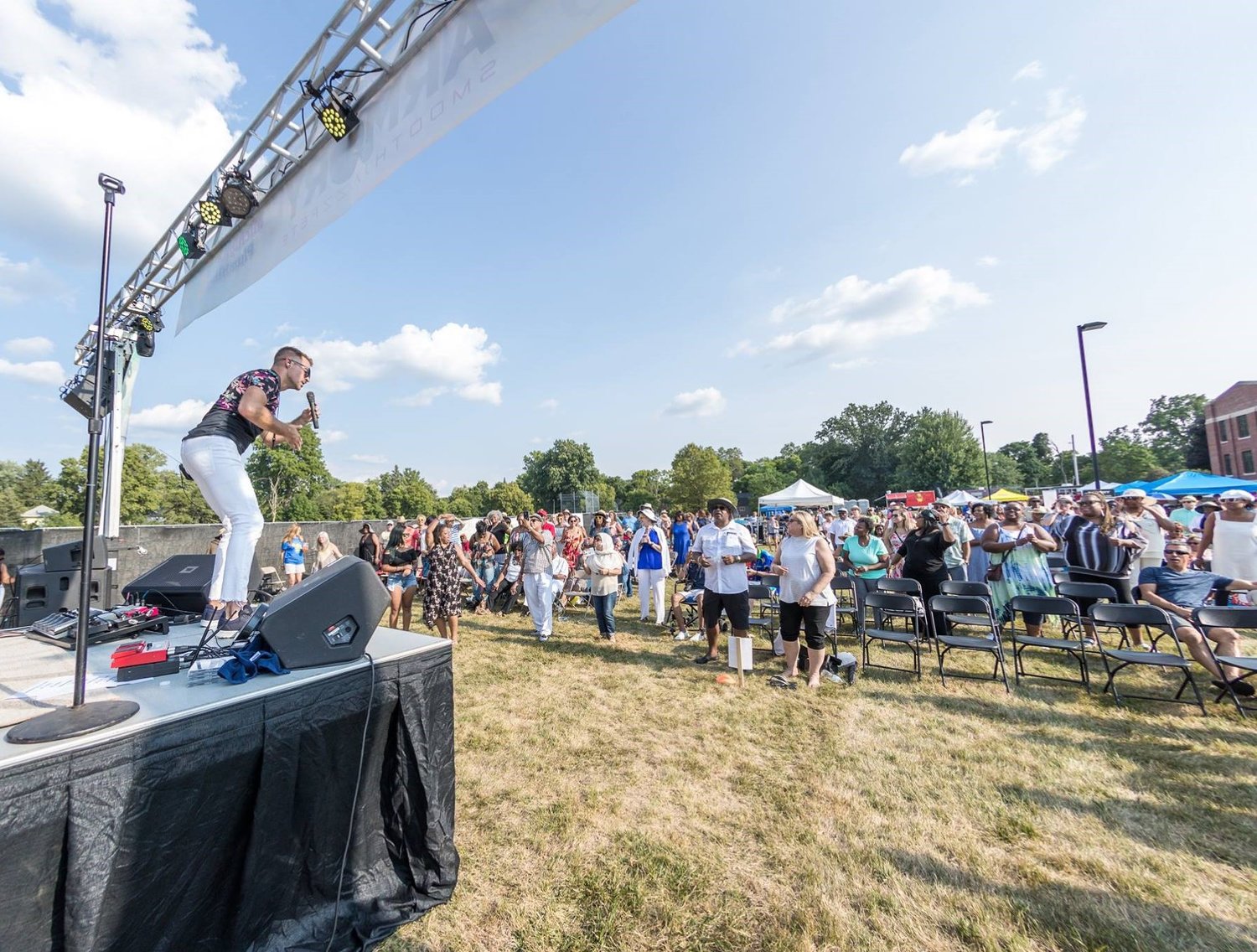 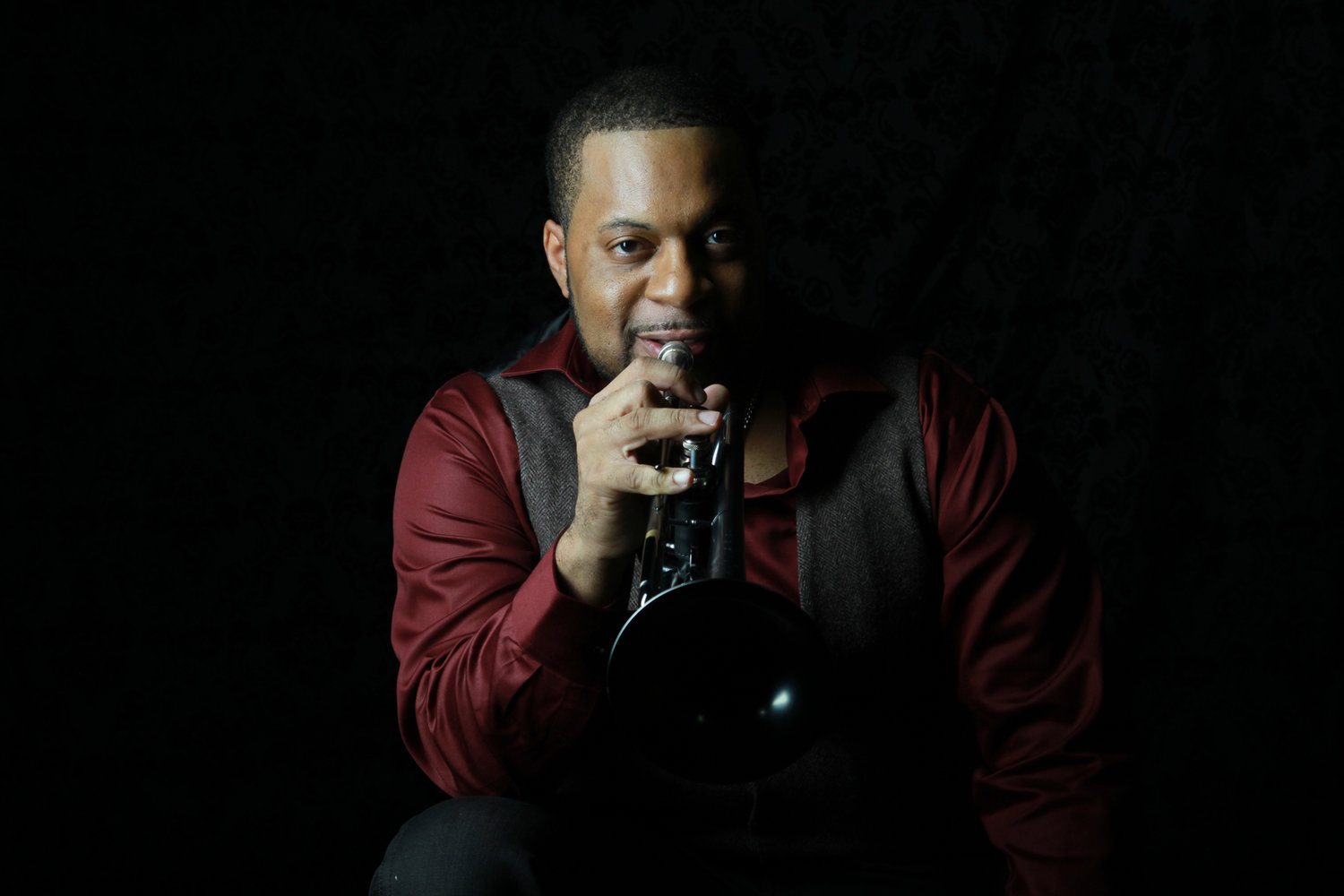 Detroit trumpeter Lin Rountree calls himself “an R&B man” who admires the great jazz trumpeters but brings his own fire to the genre of smooth jazz.
Courtesy photo
Posted Thursday, August 11, 2022 12:00 am

Detroit-based trumpeter Lin Rountree, a passionate fan of all the great jazz trumpeters and one of Saturday’s headliners, is an R&B groover deep in his soul. ”
Phil Denny’s Armory Smooth Jazz Fête
330 Marshall St.
Lansing, MI

After being canceled in the pandemic year of 2020 and downscaled in 2021, Lansing’s Smooth Jazz Fête, an afternoon-long revue of national smooth jazz luminaries in the shade of the east side’s Armory building, returns in all its grooving glory this Saturday.

The fourth incarnation of a now-established Lansing tradition brings back an age-old question: What’s the difference between jazz and smooth jazz?

Got an hour? No? Saxophonist Phil Denny, Lansing’s own smooth jazz stalwart and organizer of the Fête, offered us a shortcut through a thorny thicket by calling it a “fête,” not a “festival.”

A fête is a party — one that aspires to a particular classiness. You can have a gizzard festival, but not a gizzard fête.

A mix of jazz-level musicianship, hip-level engagement with the groove and get-away-from-it-all sanctuary are key elements of the Fête, now in its fourth year.

But don’t mistake that chill vibe for lack of passion.

Detroit-based trumpeter Lin Rountree, a passionate fan of all the great jazz trumpeters and one of Saturday’s headliners, is an R&B groover deep in his soul.

“I want to make my sound as fat and as round and as supple as possible,” Rountree said. “But I also want to play with fire and intensity and soul. People who come to my show tell me they didn’t know the trumpet could be like that.”

When Rountree talks about his trumpet heroes, like the late Roy Hargrove, he is sometimes driven to exaggeration: “When he’s getting into his soul kick, he’d blow so hard you’d see smoke coming out of his bell.”

He admires the technical skill of virtuosos like bebop legends Dizzy Gillespie and Clifford Brown but finds it more important that Brown “oozed joy and love.”

Rountree’s father, a former musician, treasured his cornet. He kept it in the room the family called the “good room,” where the kids weren’t supposed to go.

“But my dad was the original Jedi master,” Rountree said. “He told me, ‘You can walk through here, even sit on the couch, just don’t touch the cornet.’”

Inevitably, he picked it up, not knowing his dad had placed a safety pin on it “for auditing purposes.” He was 11 years old.

When he confessed, his dad had a ready reply: “I’m glad you told the truth. Now you’ve got to play it.”

“I fell in love with the sound from the first note,” Rountree said.

He took to the instrument quickly, with the help of lessons at the nearby Duke Ellington School for the Performing Arts in Washington, D.C. He was recruited by Florida A&M University in Tallahassee, where he became a member of the Marching 100.

His musical passion was R&B, and still is, but jazz got his attention at Florida A&M, former stomping grounds of saxophonist Julian “Cannonball” Adderley and a frequent stop for trumpeter Wynton Marsalis.

“The improvisation, the technical ability, the ability to speak in a special language on the bandstand, is what really intrigues me about jazz,” he said. “But I was raised on hip-hop, R&B, gospel. Jazz was in my head, but it wasn’t in my soul.”

He moved to Detroit, surveyed the thriving R&B scene and decided to start his own unique group.

“It’s very rare for the trumpeter to be the soloist in an R&B unit,” he said. “The jazz lane is already full of great, great, great guys. That’s my passion and I decided to go into the R&B lane.”

However, that’s not exactly a dedicated lane.

“The trumpet is king in every other genre, but saxophone players have kind of taken over the smooth jazz realm,” Rountree said. “That’s a chip on my shoulder. That’s a whole conversation.”

It’s a conversation we’ll have to table to get to the rest of Saturday’s lineup, especially since it includes two saxophone players.

In addition to Rountree, Saturday’s headliners include Denny himself, Chicago-based guitarist Bryan Lubeck and the duo of New York saxophonist Judah Sealy and pianist Gino Rosaria, a native of the Caribbean Island of Curaçao.

Denny paired Sealy and Rosario because they have been writing music together in recent months, but the pandemic has prevented them from performing together until now.

“Judah is a big guy, like a linebacker, with a great, robust tenor sound, a powerhouse on stage,” Denny said. “Gino is a great melody writer, classically trained, and comes out of that island-rooted music.”

Lubeck, a specialist in nylon-stringed Spanish guitar, will spice up the Fête with his own distinct, bossa-inflected style, which Denny described as “vineyard music.”

Denny himself has kept busy with a new track, “Lifted,” that reached No. 5 on the Billboard Smooth Jazz charts. Another track, “Urban Troubadour,” spent two weeks at No. 1.

After two uncertain years, the renewed vigor of the 2022 Fête shows how firmly Denny has rooted the event in the region’s festival landscape. When the 2021 Fête was canceled, many sponsors, including major sponsor Michigan Plumbing, told Denny to hold on to the money, knowing he would bring it back.

Last year, amid pandemic uncertainty, Denny organized a “micro-festival” in the Motor Wheel Loft parking lot. He wasn’t sure how it would be received, but he was pleased to see it draw 350 people.

This year, the Fête is back to the Armory and a full panoply of music and trimmings. Staples of past years, including food trucks (517Picnic, GotSmoke Barbecue and Finger Lickin’ Chicken), beer and wine, ice cream from Park Lake Creamery, artist booths, swag giveaways and meet-the-musician areas, will all be back. “I’d like people to come and feel they didn’t miss a beat,” Denny said.