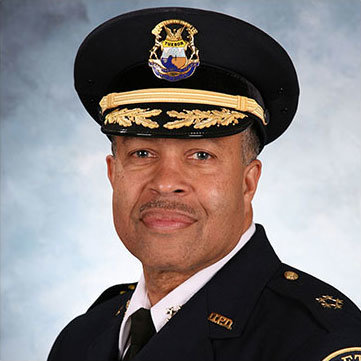 As progressives continue to pioneer the new frontier of social acceptance, conservatives use these arguably socially taboo topics to rile up the morally rigid, those with little to no experience with different lifestyles.

Mostly white, mostly rural and typically lightly educated, these voters tend to close themselves off to those who may look or act contrary to their limited societal web.

It’s these voters Republicans have riled up with such things as the ban on affirmative action programs in 2006 and the one-man, one-woman constitutional marriage amendment of 2004.

Donald Trump’s dog whistle sang in these voters’ ears in 2016 and 2020, but he’s not on the ballot in 2022. Instead, the GOP is checking the boxes on a buckshot of debatably relevant social topics to keep this demographic politically engaged.

The Portland protesters long, long, long ago crossed the line of effectively conveying a police reform message into a distasteful image of vigilante mob rule. The once socially awake term “woke” has been nabbed by conservatives as a pejorative to describe out-of-touch snowflakes, who view laws on civil disobedience as annoying parental suggestions.

Defund the police? Republicans transformed that message into such a political loser that only those on the lefty left like U.S. Rep. Rashida Tlaib feel brave enough to use it.

The Michigan Republicans are beside themselves in glee that former Detroit Police Chief James Craig is on the verge of announcing his candidacy for governor.

His strengths are not about banging away on Gov. Gretchen Whitmer’s old executive orders and personal freedoms. Ult-right freedom lovers like Garrett Soldano and Tudor Dixon are replowing that old ground.

No, the pandemic will be practically a history book chapter by November 2022. People’s entrenched prejudices? They aren’t going anywhere.

Who better to appeal to voters’ indigestion over political correctness gone wild than Detroit’s former Black police chief? He’s the guy who went on FOX News to label Tlaib’s call to abolish police “disgusting.” He’s the guy who cracked the whip in Detroit and stopped chaos from running wild amidst the George Floyd reaction.

There’s no “woke” with him.

Meanwhile, the Michigan legislature is doing its part to check the boxes.

No. 1 on the agenda is transgender females playing high school sports as women. Of the 180,000 high schoolers who played in competitive sports in the last five years in Michigan, it’s been an issue 10 times. Each time, the Michigan High School Athletic Association has addressed the issue.

Young men are not claiming to be women in the hopes of bettering their chances to take home trophies or setting records.

Yet, Sen. Lana Theis has a bill to lay down a statewide mandate that high schoolers can only play with athletes who match their birth gender.

It hasn’t moved from Theis’ Senate Education Committee, but it’s ready and waiting. Moving it during Pride Month would have been bad form.  But with even Progress Michigan finding such a bill having 50% support among the electorate, it’s only a matter of time.

Another bogeyman issue is something called “Critical Race Theory,” an academic framework examining how racism shaped the U.S. legal system. It’s an issue that exploded in the public arena recently, leading more than a dozen state legislatures, including Michigan, to introduce bills seeking to restrict or ban its use in the classroom.

Theis has a bill on this, too. Again, it hasn’t moved out of her committee. The polling isn’t as good (39% wouldn’t support her bill, 34% would). But again, this could be used more to whip up the base than influence swing voters.

In short, no Donald Trump to rally Trump-like voters? The GOP is doing its best to make sure that isn’t a problem.