Happendance honors the dance trends of the ’80s 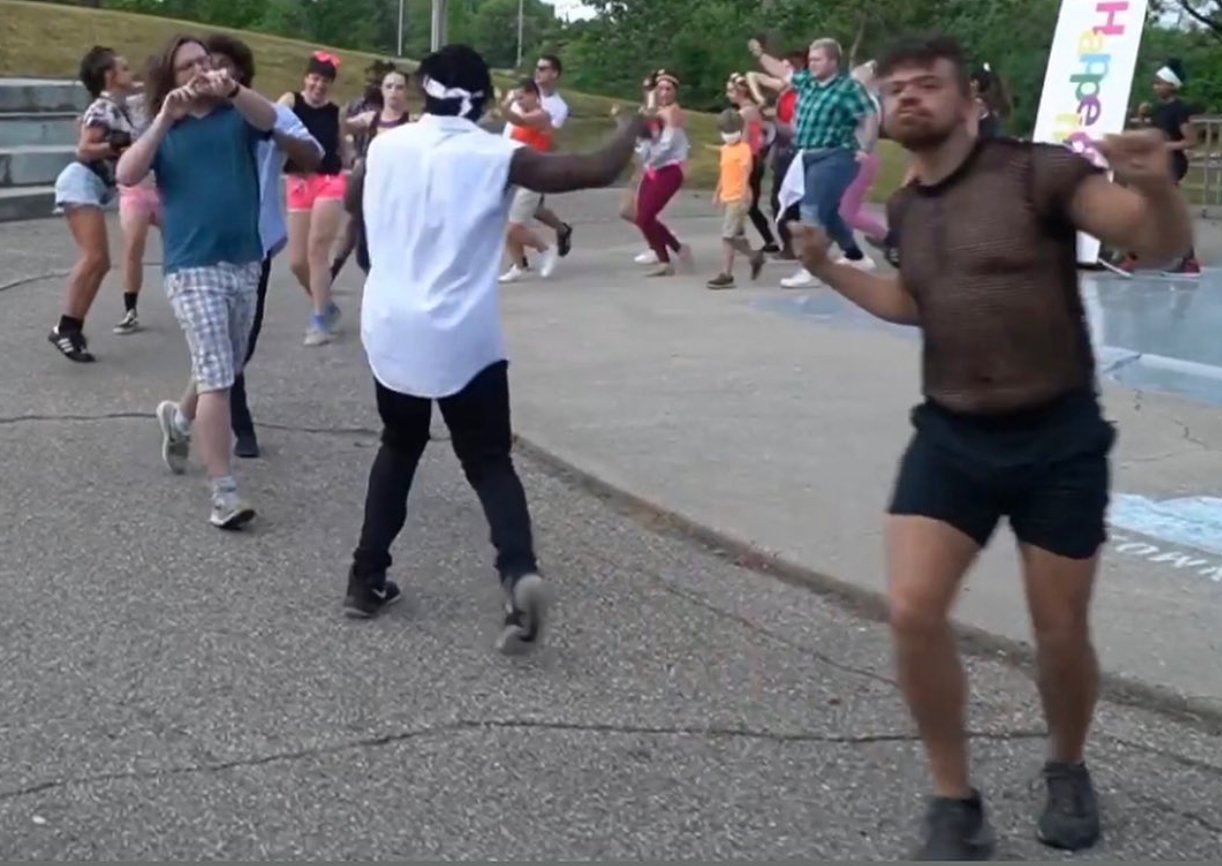 Spandex, glitter, glam and synthesizers — these wonderfully kitschy hallmarks of the ’80s are getting the Happendance treatment in its upcoming production, “Dancing Through the ’80s.”

Production for “Dancing Through the ’80s” began with an announcement in January, and dancers had until May to learn some of the required choreography for the audition. An outdoor performance was held this summer, and the indoor performance, which features 10 dancers, goes down this weekend. Songs featured in “Dancing Through the ’80s” include “Wanna Be Startin’ Somethin’,” by Michael Jackson, and “In the Air Tonight,” by Phill Collins.

“It feels like what we’ve all been hungry for after this horrible. We needed something super colorful, fun and celebratory,” Happendance artistic director Missy Lilje said.

“Dancing Through the ’80s” is just one part of a planned retrospective series that will celebrate the dance trends from the past several decades in honor of Happendance’s fast approaching 50th anniversary. Upcoming productions will feature dance moves from the ’90s onward.

Happendance is also working on a virtual platform that Lilje likens to streaming services like Netflix or Disney Plus. Users will be able to select a wide range of video lessons and performances from a digital menu. It will include a vast archive of past productions and lesson plans from Happendance’s history.

“We’ve been around for 45 years, so there’s a lot of content. It will serve an educational purpose, as well as an archival purpose. It’s a great way to take care of our legacy and share it with a lot of people,” Lilje said.