Holy smoke! The Shredder is a meat lover’s dream 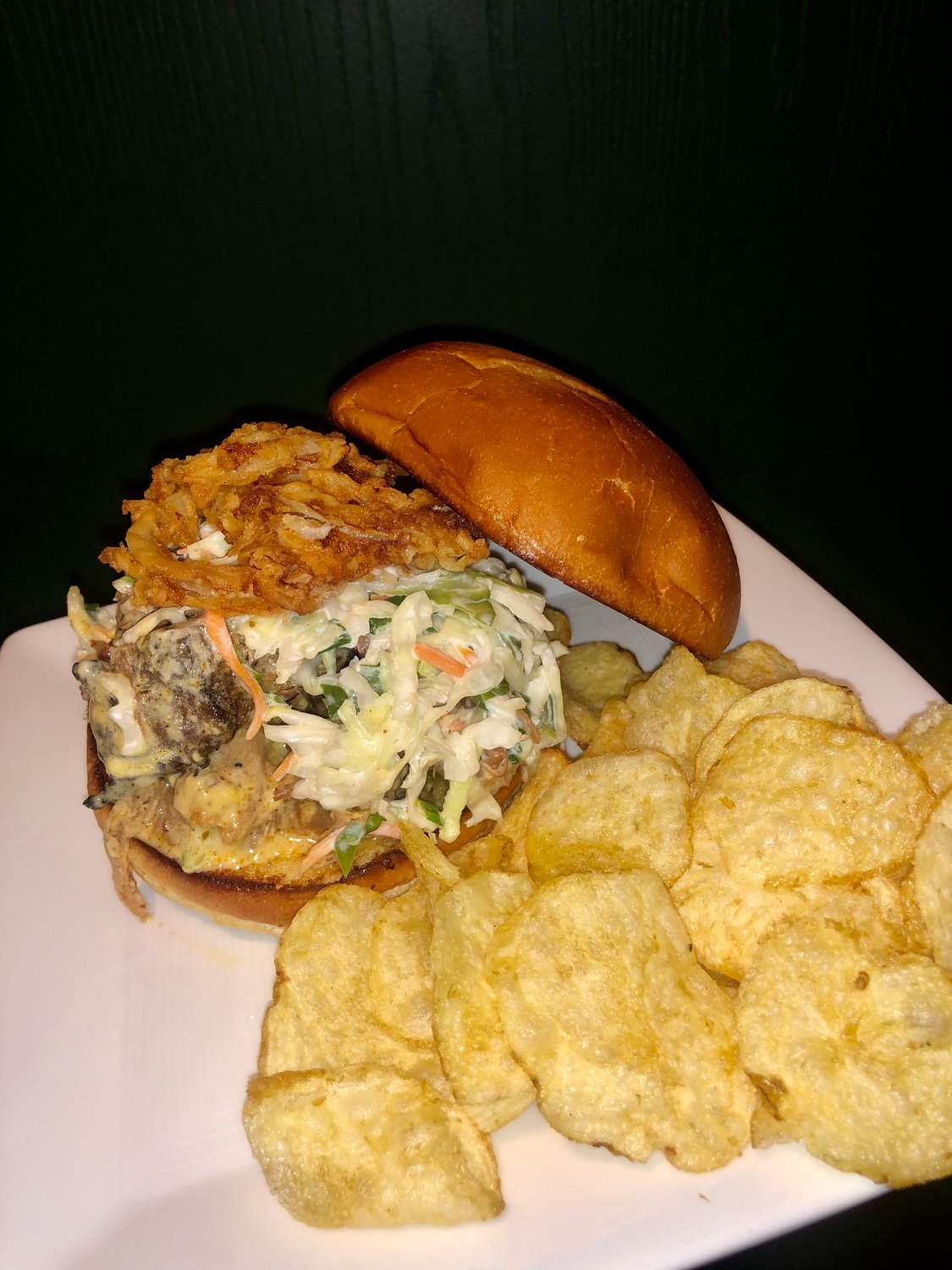 Looking Glass Brewing Co., at 115 N. Bridge St. in downtown DeWitt, opened in 2018 inside the former Mount Hope Church. The microbrewery — which still has stained glass windows and pew benches — has anywhere from 10 to 16 beers on tap at a time, which are brewed in the basement of the former church. Even though I worked in a craft beer restaurant for years, beer isn’t really my thing. I usually go with a hard cider or sour. They taste less beer-y to me. This was my first time at Looking Glass, so I played it safe with the cherry hard cider. It was refreshingly sweet, with a slightly tart aftertaste. I had two.

Since there’s a stacked menu, I wasn’t sure what to eat. The microbrewery has a menu created by Chef Josh Moyer, and it changes every few months, depending on the season. The menu has a bit of everything: burgers, sandwiches, tacos and flatbreads. A gentleman sitting at the table next to me ordered a massive pulled pork sandwich and it looked delicious. I simply had to order it. The sandwich was called The Shredder, which is made up of smoked pork and beef, pickles, beer cheese and onion straws. It comes topped with garlic aioli on a sesame bun.

The meat was perfectly tender and smoky, and the sandwich surprisingly came topped with coleslaw and on a brioche bun. I’m here for it.

Flash in the Pan: Fun with squeezed spinach

Everything is Cheesecake upsizes to Jolly Cedar Plaza

Square One brings a breakfast lover’s nirvana to Hannah Plaza

Flash in the Pan: Savory salad with rhubarb hummus