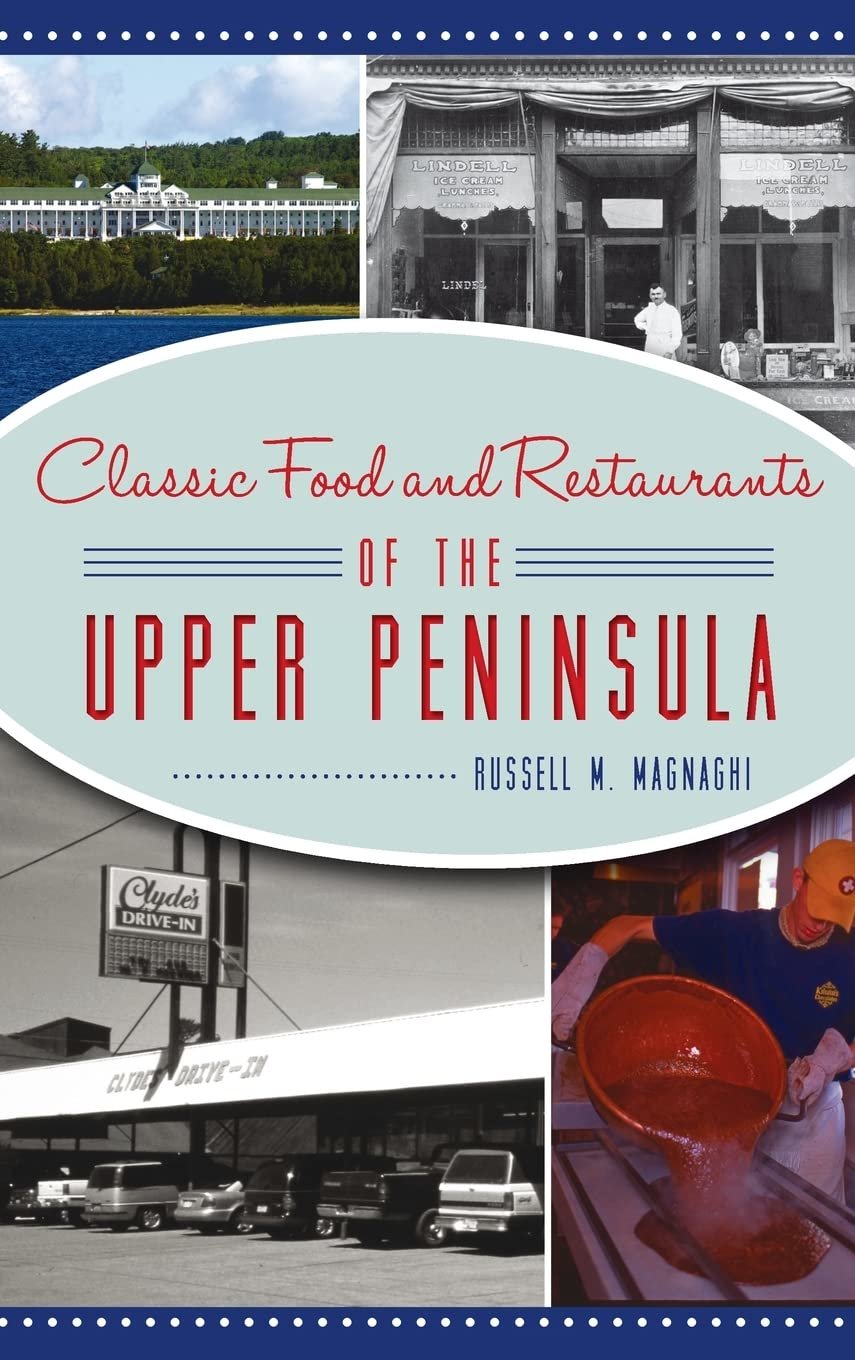 “Classic Food and Restaurants of the Upper Peninsula,” available now via The History Press.
Posted Thursday, August 11, 2022 12:00 am

The original pasty — a two-fisted sandwich pie — was soon altered by enterprising Yoopers who began selling a smaller version to tourists. Magnaghi writes in his book: “The use of gravy is considered barbaric by many.” Since then, some have dubbed it the “Yooper burrito.” ”
Bill Castanier

In the summer of 1987, in honor of its sesquicentennial, the State of Michigan was front and center in Washington for the Smithsonian Folk Festival.

Ninety Michiganians showcased, spoke about and demonstrated their state’s talents and traditions at a program looking back at Michigan’s past. On the roster were traditional dancers, performances by the Sugar Island Boys, basket weaving, fly tying and automobile manufacturing, to only name a few.

Of course, some classic Michigan food was also spotlighted. All the ingredients were easily accessible except for the rutabagas — a critical ingredient in the esteemed pasty, a staple of Upper Peninsula cooking.

Traditional Yooper cooks searched all over D.C., but no rutabagas were to be had. No one in our nation’s capital knew what a rutabaga was. A cry for help went out, and by the next day, a Northwestern flight out of Detroit had rutabagas strapped in first class, ready for slicing and dicing. The crisis was averted, and tasty pasties were served to the delight of festival-goers. Some attendees also went home with a jokey t-shirt displaying two strategically positioned pasties and the catchphrase “Is it pasty or pastie?” It was a banner Pure Michigan moment.

Pasties are just one of the traditional foods Russell M. Magnaghi considers in his new book, “Classic Food and Restaurants of the Upper Peninsula,” published in May via The History Press.

Detailed are not only the classic pasty but various traditional foodways of the Upper Peninsula, including specifics about the food itself and the culture that drove its development, notably the foodways of the Anishinaabe tribes, who survived and flourished on whitefish, wild rice, maple syrup and sugar and also foraged for berries and other native plants and fruits.

Magnaghi, a long-time Northern Michigan University history professor, also writes how the French, Swedish and other voyageurs contributed to the U.P. foodways and adopted the native food into their diets. He recounts the history of what he calls a “veritable cornucopia of delicious dishes” the region is responsible for.

Most of the “Lower Peninsula trolls,” as Yoopers often refer to them, have seen, savored or heard of the pasty (pronounced “pass-tee”). Still, Magnaghi leads readers on a gastronomical adventure where we learn that rutabaga, the preferred ingredient of pasties, is a cross between a turnip and a wild cabbage. Norwegians refer to it as the “orange of the North.”

Within the 140-page book, the author also outlines how the pasty can be traced to Roman times and how Chaucer and Shakespeare namecheck pasties in their writing. On the other end of the spectrum, the pasty, high in protein and carbohydrates, also became a favorite of Cornish miners who brought them to the Americas along with their mining skills.

The original pasty — a two-fisted sandwich pie — was soon altered by enterprising Yoopers who began selling a smaller version to tourists. Magnaghi writes in his book: “The use of gravy is considered barbaric by many.” Since then, some have dubbed it the “Yooper burrito.”

At some point, Magnaghi said the pasty became so popular in the Upper Peninsula that the Yellow Pages book carried a listing for “Pasty.”

Outside of the pasty, Magnaghi also delves into the upscale eating in the Upper Peninsula, including the traditional supper clubs and the Grand Hotel, which opened in 1887. An example of an early Grand Hotel menu shows delights such as curried chicken giblets, stuffed spring gosling and a filet of whitefish.

From there, the author takes us on a tour of popular local drive-ins, such as the venerable Clyde’s, which opened in Sault Ste. Marie in the late 1940s. Over the years, the spot — known for its juicy Big C burger — has expanded across the U.P.

Of course, any book on the Upper Peninsula foodways wouldn’t be complete without examining the history of fudge. First, Michigan’s love for Mackinac Island fudge can be traced to Rome Murdick, who opened the first candy store on the Island in 1887. He was later joined by the “King of Fudge,” Harry Ryba. A plethora of imitators soon followed and made it a lasting tradition.

Shifting from sweet to savory, the U.P.’s renowned cudighi (Italian sausage) is also recognized. Cudighi is an excellent example of the immigrant food influencing Michigan, as it was fortuitously brought to the U.P. by Italian immigrants. The Gervasi family opened one of the first food truck operations in the U.P. selling Cudighi sandwiches out of a vending truck on two street corners in Ishpeming. Another Italian family, the Barbieres, fried their cudighi, a style that caught on at the burgeoning number of taverns. And like a lost “Saturday Night Live” skit, patrons could only get the fried cudighi with mustard and onions on a bun with no substitutes. No exceptions.