Energy forum a study in contrast between MSU and state government 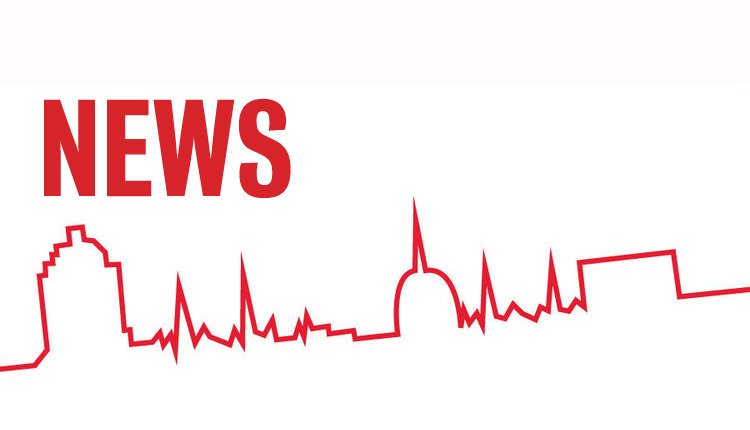 While MSU has taken the wheel and started to drive its own transition from coal toward renewable energy, the state of Michigan is still fussing with a stack of road maps. That’s the impression left by a public policy forum last week on Michigan’s energy future in downtown Lansing.

The monthly events, hosted by MSU’s Institute for Public Policy, seem to be settling into a pattern, familiar from a March 16 forum on the Flint water crisis: Researchers from MSU lay out a six-alarm, house-on-fire problem, talk about how they’re dealing with it in-house and gently suggest broader policy solutions, while an official from Gov. Rick Snyder’s office lists a few modest, market-driven tweaks that dribble on the fringes of the blaze. After the scheduled talks, the MSU people stick around to answer questions and the state official slips out of the room.

MSU’s sustainability director, Anne Erhardt, said the university is not only reducing greenhouse gases and becoming more energy efficient, but it is also investing in energy research and becoming a “leader in sustainable energy.”

Last year, MSU’s power plant completed the switch from coal to a mix of natural gas and biofuel. Erhardt told the group that the university had reduced its greenhouse gas emissions by 25.2 percent since 2010 and she hoped it would hit 30 percent this year.

To that end, five parking lots on south campus will be fitted with solar carports expected to generate 10 MW of electricity. The project, approved in September 2015, is still in the planning phase. The peak power demand on campus is 63 megawatts, according to data from MSU.

“MSU is doing a lot of things to make its distribution and production system a lot more efficient and a lot more diverse,” she said.

By contrast, Robert Jackson, a highranking official at the state’s Agency for Energy, spoke with the urgency of a middle manager considering a cost-cutting switch from two-ply to one-ply tissue. Snyder created the agency in March to “help Michigan reduce energy waste and adapt to changing needs and technology.”

“We’re also engaged in looking at and creating road maps,” he continued, “and one of them is an energy markets road map.”

Jackson listed several modest measures such as requiring industrial operations to replace or repair aging equipment with energy efficient technology. “Requiring” may be too strong a word. Jackson said the state is “trying to encourage putting in place markets that would address” the problem.

It was left to Donald Morelli, a professor of materials science at MSU, to inject a sense of urgency into the forum.

“We can’t talk about energy without talking about climate,” he said.

The world’s future, Morelli said, depends on “how much carbon we put into the atmosphere and how we control it.” He presented climate models that ranged from “a degree or two” global rise in temperature to five or six degrees before century’s end.

The latter scenario, he said, would have “catastrophic effects like the swamping of cities near the water’s edge, melting of polar ice caps and so on.”

Morelli added that even though hydraulic fracturing and horizontal drilling have spiked a bonanza in domestic oil production, but “we’re still talking about a finite resource.”

“There’s only so much oil inside the earth and eventually we’re going to take it all out,” he said.

“Take a skyscraper in New York City, 100 stories tall — we can coat the windows with material,” he said.

“The transparent panels will generate electricity, won’t block the view, and will even absorb infra-red radiation that causes buildings to warm up in the summer.”

Wei Lai, a professor of chemical engineering, recently got a $500,000 National Science Foundation grant to develop cheaper, non-lithium-based, non-flammable battery technology. (The batteries would be based on sodium, which is more plentiful.)

Morelli himself is working on capturing and using waste heat, a potentially significant source of energy, from a wide variety of industrial processes, ranging from large diesel generators to automobile exhaust pipes.

Erhardt said the most conspicuous of MSU’s “research in action” projects, combining research and present-day usefulness, is MSU’s anaerobic digester, installed in 2013. The digester processes food waste from campus into methane, creating electricity, for about 30 farm buildings on south campus.

Although MSU President Lou Anna Simon has declared she wants the university to take the lead on energy, she isn’t acting in a vacuum. Erhardt said MSU’s energy initiatives are tied to the state’s public policy, or lack of it.

Responding to a question from the audience, Erhardt said MSU’s decision to wean itself off coal “made sense,” in part, because of the state law’s renewable energy mandate.

“Policy and public perception of energy and sustainability has been one of the driving forces of the energy plan — the need for change, the desire for change,” she said. “But that progress is also made and/or challenged by the political environment.”

The questioner asked Erhardt to comment on energy packages moving through the state legislature that would either repeal or sidestep key provisions of the Clean, Renewable and Efficient Energy Act of 2008.

“Having those policies in place helps us,” Erhardt said. “if it repeals, we won’t repeal. But at the same time, it keeps things moving forward.”

Nobody else on the panel touched the legislative question.

Jackson said he kept his comments brief “so we can give enough time for Q&A at the end, because that’s where we’re starting up dialogue and we can really communicate what’s important to the state.”

Following in the footsteps of Snyder spokesman Ari Adler at the Flint water forum in March, Jackson left the room before the Q&A started.