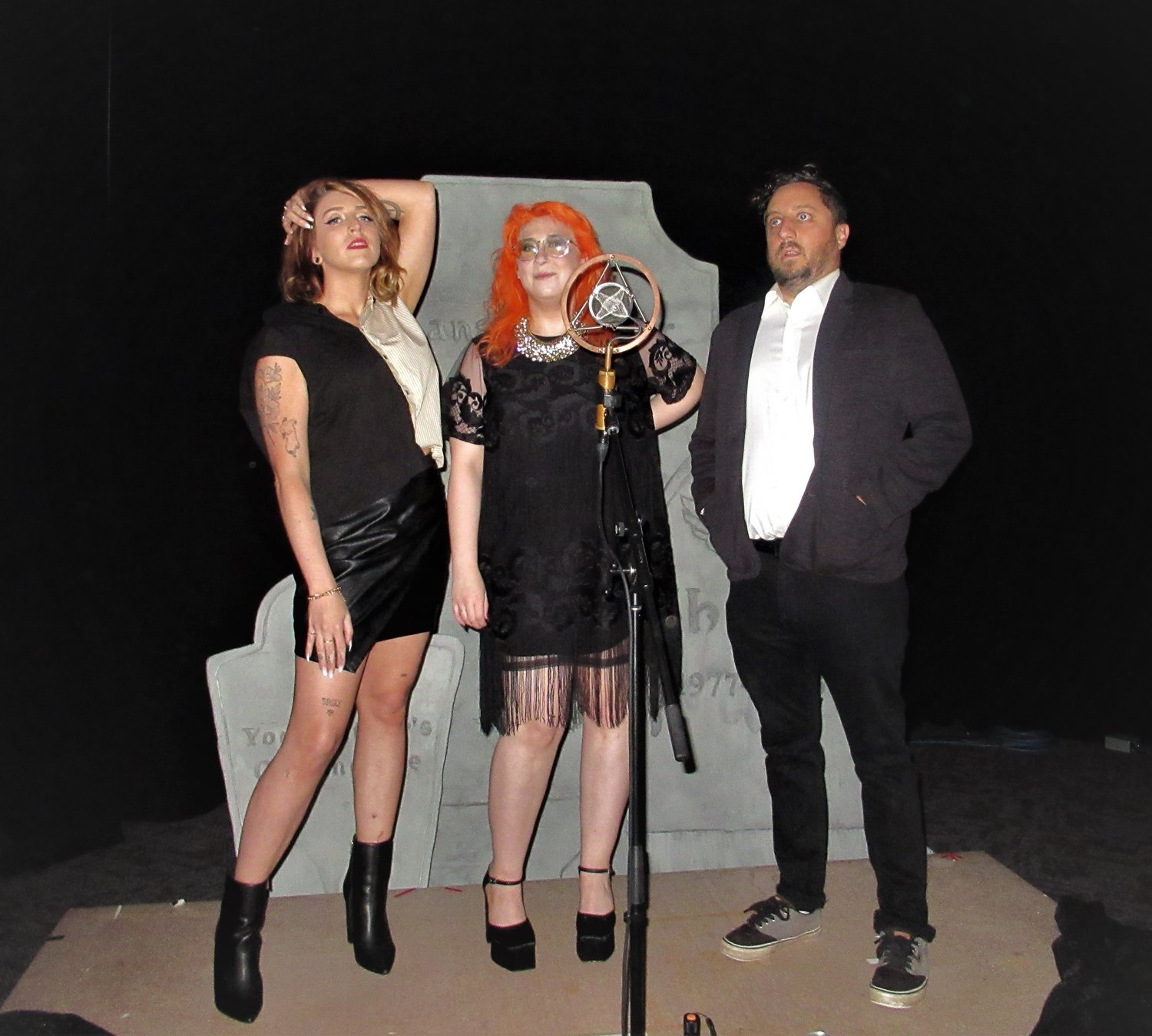 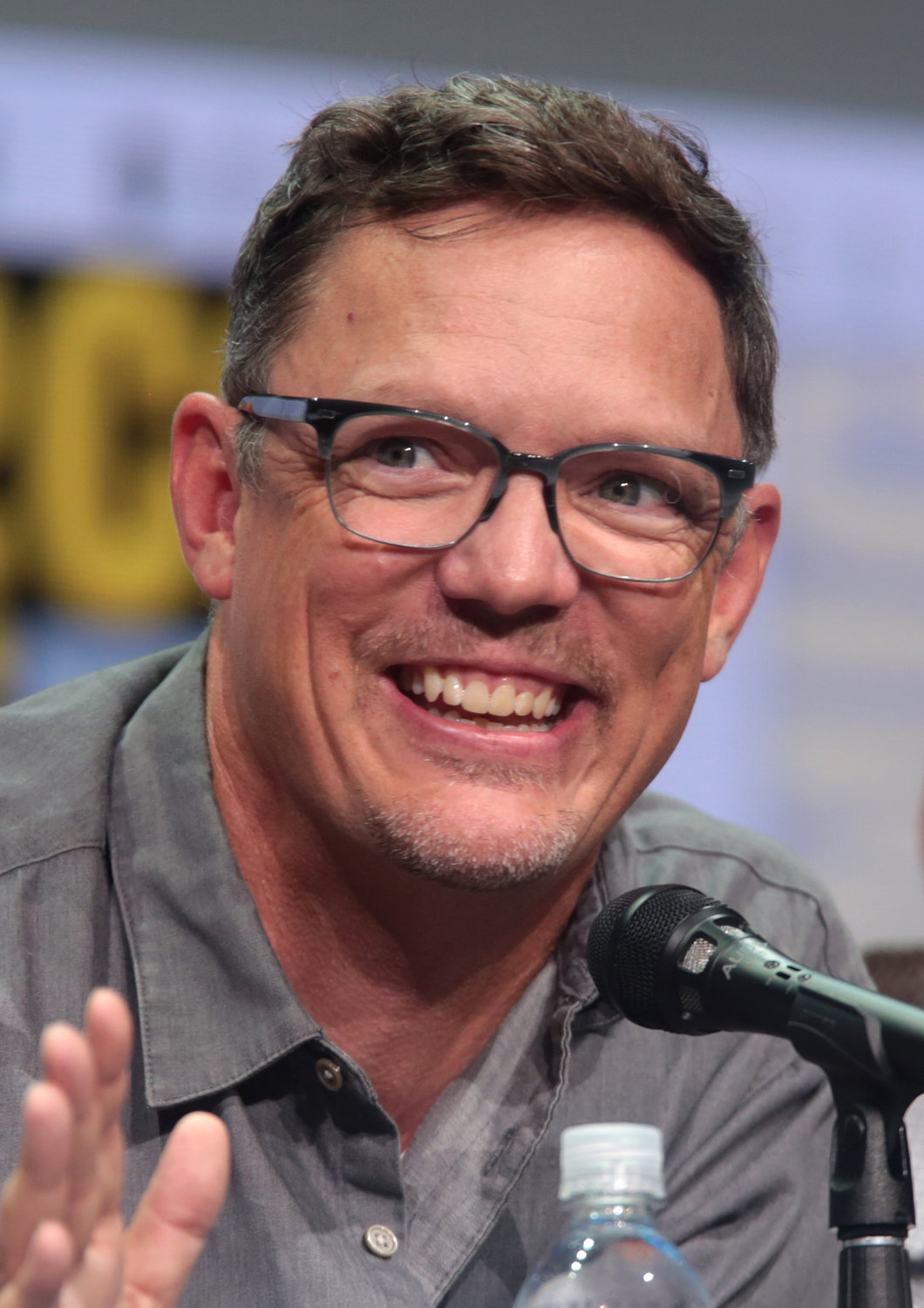 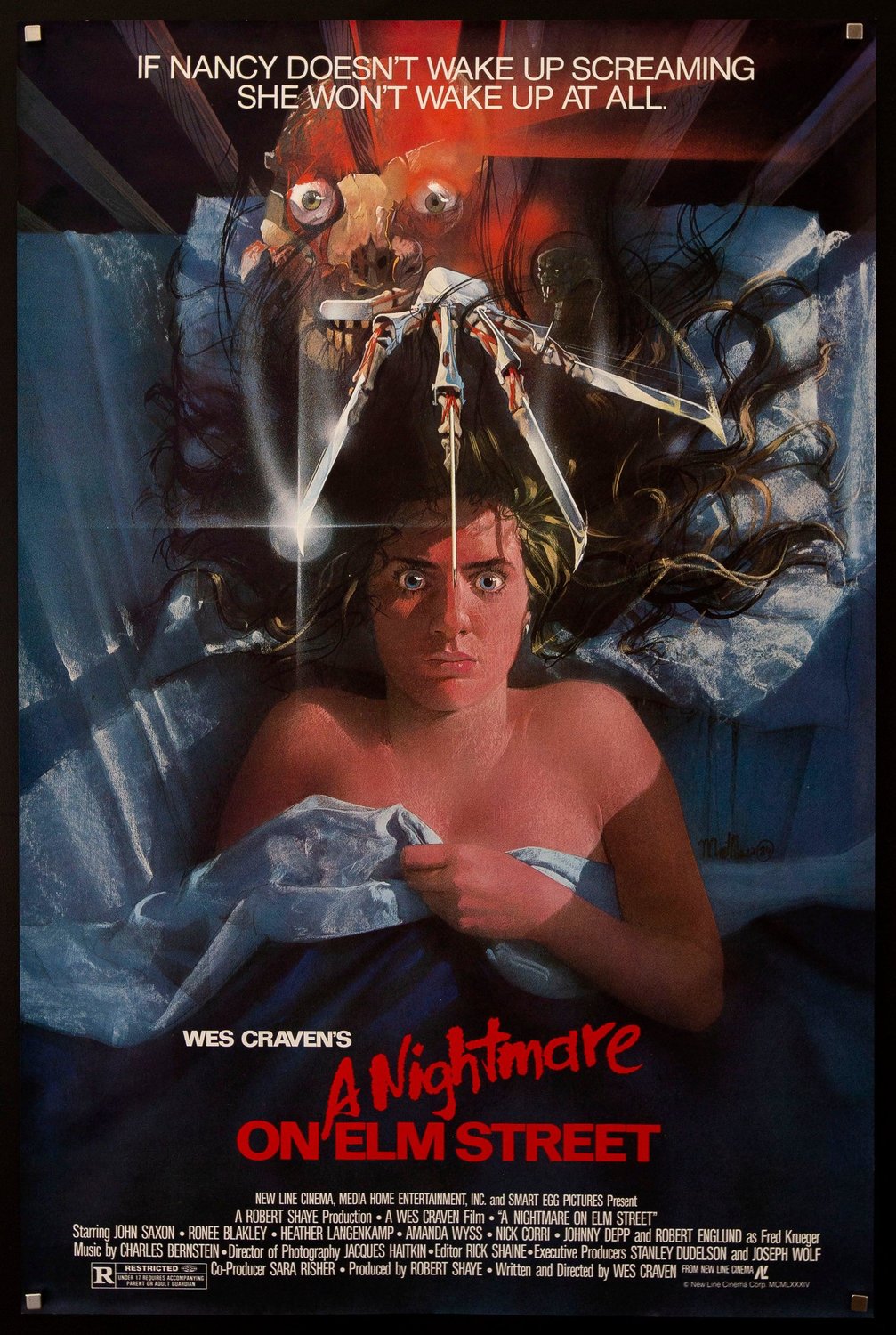 The duo encourages the audience to yell jokes during campy horror flicks like “Return of the Living Dead” (1985), “Scream” (1996), and “The Slumber Party Massacre” (1982). For those still worried about being shushed by an usher, Syrja makes it clear: “Please, be rude at our shows.” ”
Chelsea Roberts

It takes a village, maybe even M. Night Shyamalan’s “The Village,” to pull off a monthly show in Lansing, but the horror film series Quality Scary has done just that.

The local group, which gives an obvious nod to Quality Dairy, presents the kind of scary flicks that lose their dreadful suspense when you riff on them with your friends. In short, standard movie theater rules do not apply. Think “Mystery Science Theater 3000” but louder.

“We like to show movies that are meaningful to us but make themselves available for satire,” said co-host Tricia Chamberlain. She and fellow comedian Emily Syrja co-founded the series, which runs on the third Friday of each month at the Lansing Public Media Center.

The duo encourages the audience to yell jokes during campy horror flicks like “Return of the Living Dead” (1985), “Scream” (1996), and “The Slumber Party Massacre” (1982). For those still worried about being shushed by an usher, Syrja makes it clear: “Please, be rude at our shows.”

Dan Hartley is a videographer and the third member of the Quality Scary team. He said they’re trying to build a community, not just a show.

“We want people to dress up and yell out their jokes, bring their friends and cackle at the goofs,” Hartley said. “It’s an interactive experience, and we want people to come back to it every month.” Hartley met Syrja and Chamberlain after one of their standup sets a few years ago. Hartley walked out of the audience and introduced himself. Hartley has been part of the Capital City Film Festival for over a decade, making him a natural collaborator.

“He was just a straight guy with a camera, but we gave him a chance,” Syrja quipped.

Before Quality Scary, Syrja and Chamberlain spent their 20s performing standup and hosting the popular occult-themed variety show “Comedy Coven” at The Robin Theatre from 2015 to 2018 and earned a local cult following.

But after countless nights of both Comedy Coven events and standup gigs, Syrja said the duo started experiencing “stand-up fatigue.” So, creating a Quality Scary, where the focus is off of themselves, has been a nice change of pace and a natural progression. After binging nearly 70 horror movies during the fall of 2021, Syrja and Chamberlain were inspired to integrate the genre into their next project.

“As we started to plan for Quality Scary, there were so many conversations where things just fell into place,” Syrja recalled. “We needed graphic design. Now we know that person. We needed someone to sell our merch before the shows and help us set up a website — now we know those people.”

Plenty of that aid comes from the Lansing Public Media Center, which has all the technical effects for a live show and enough space to allow for social distancing and ventilation. It’s also the hub for the Capital City Film Festival.

Since April, each Quality Scary show has included unique elements, such as a pajama party, music by Super Secret Cult Band, glowstick dancing and a birthday party. This August’s screening of 1984’s “A Nightmare on Elm Street” includes a high-concept costume contest. Participants are encouraged to freely interpret the character of Freddy Krueger in their own, deeply personal way.

As for an ongoing theme, Quality Scary honors Lansing-born Matthew Lillard, a Hollywood actor best known for leading roles in “Scream,” “SLC Punk” and the live-action “Scooby Doo” movies. While Lillard was born in Lansing, he grew up in California and maintained no known connections to our city. Nevertheless, Quality Scary tips its cap to Matthew Lillard each month with lovingly curated shout-outs, jingles, puppets and other forms of comedically desperate homage.

And while Quality Scary is co-branded as the Matthew Lillard Fan Club, factually, Lillard is not part of Quality Scary and is likely unaware of the series. This is not yet an issue for the local troupe, which has dubbed Lillard “Lansing’s favorite son.”

“Matthew Lillard has been part of this since the very beginning,” Hartley says, “We don’t care if he doesn’t love Lansing because Lansing loves him.”

The group hopes to invite Lillard to a screening when the time is right, but they don’t want to get blocked from his Twitter feed. Chamberlain has vowed to tread lightly, not wanting Lillard to mistake their fandom for fanaticism.

While Lillard is not a part of the team (yet), plenty of current Lansing locals are big fans of Quality Scary. When a friend’s birthday fell on the same night as a movie screening, Rachel Eldridge reached out over Instagram and asked if Quality Scary would give a shout-out to her friend and birthday girl. The comedians went above and beyond. “They brought her up on stage and included her in a bit,” Eldridge said. “Their shows are really personal.”

So, Eldridge, a Quality Scary devotee, must be a huge horror movie buff, correct?

“It’s campy horror movies with comedic hosts, plus that original element they are always bringing,” Eldridge added. “It’s not, ‘Here, sit down and watch this movie.’ It’s an orchestrated event.”

Eldridge has been to nearly every Quality Scary show since April and has already purchased her tickets for the October screening of “Halloween,” the classic 1978 slasher. Eldridge said she has been a fan of Syrja and Chamberlain since their Comedy Coven days. Four years and a pandemic later, Syrja and Chamberlain look back on the defunct Comedy Coven as a creative, collaborative and experimental training ground.

“We had a head start on Quality Scary because we had the boot camp of doing standup for several years and then building up Comedy Coven,” Syrja said.

As for Chamberlain, she recalled one specific evening after Comedy Coven rehearsal at The Robin Theatre when the venue’s co-owner Dylan Rogers encouraged them to get as bizarre as they’d like.

“In the stand-up climate, you were discouraged if you wanted to try something a little out of the box,” Chamberlain recalled. “But when we teamed up for Comedy Coven, we made it more of a variety show. We wrote sketches and tried improv. One day, Dylan said to us: ‘Be weirder.’ That stuck with me. I still think about it today. It’s like, ‘Yeah, I can be as weird as I want.’”