Flash in the Pan: Johnny Appletree 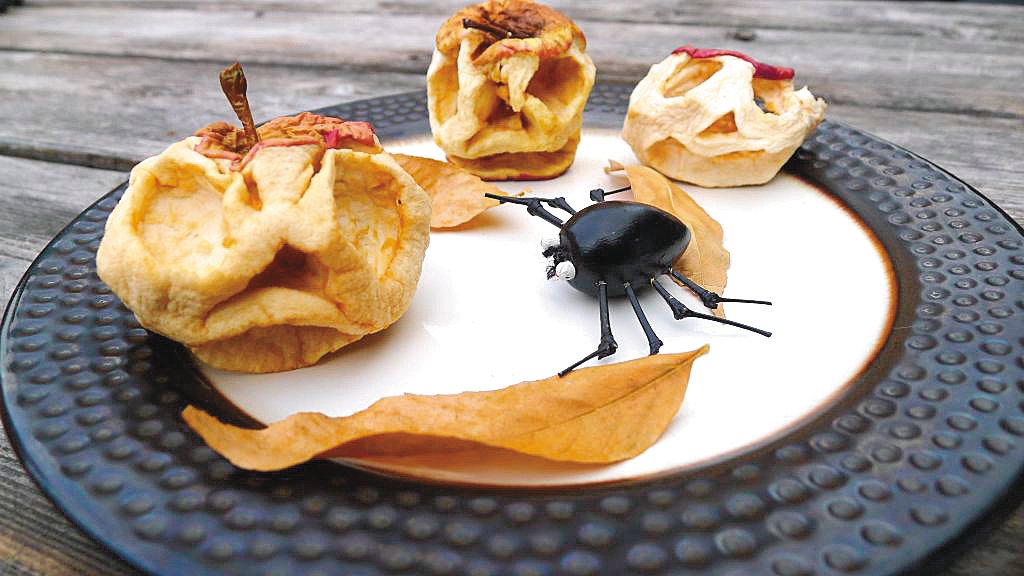 Autumn is the time for winding down and relaxing, so they say. It’s when we harvest the bounty of summer that was planted in spring and sip our pumpkin spice lattes. This approach is not wrong, but it’s only part of the story. Because when the frost is on the pumpkin, wise gardeners get planting.

If you think the growing season starts when the seed catalog arrives in the mail, you’re already about four months behind the ball. While you’re waiting for the ground to thaw to the point where it can be worked, we fall gardeners planted months ago, when you were sipping on that latte. Now we can relax and do the sipping, as we peruse the seed catalogs calmly, secure in the knowledge that the seeds, cloves and plants we put in the ground last autumn have already begun developing roots.

Garlic is the poster child for fall-planted annual crops because it refuses to grow any other way. If you wait until spring to plant your cloves, the resulting bulbs will be pitifully small. But many other plants can get a boost from an early sowing.

Especially greens like spinach, kale, radicchio and other cold-tolerant varieties. When you sow your seeds — or plant your cloves — in fall, you are thinking like a plant, because they also plant in fall. Unlike tomatoes or cucumbers, greens are eaten for their leaves. But like any plant, they will eventually flower and go to seed in late summer or autumn.

Those seeds will drop to the ground, where some germinate into little plants that will mostly die off in winter. But a few may survive, and others will germinate in spring, leaving nothing to do in early spring but watch the garden wake up.

A fruit tree is the ultimate fall-planted crop. The roots have a chance to develop and get stable, and the plant has all winter to acclimate to its new home. A cold winter is less dangerous to a young plant than a hot summer, and by spring your little tree will be established and ready to grow. If, by contrast, you plant a tree in spring, prepare for a stressful summer and lots of watering. You’ll need to work twice as hard for a tree that’s half as happy, while a fall-planted tree gets watered by the rain-fed mud of spring.

A tree will produce a lifetime of fruit, and you’ll need to plant it only once. So, you’d better do a good job.

“You need to dig a $20 hole for a $2 tree,” advised my mother-in-law, years ago. In other words, don’t go buy a fancy tree and then slack off when it’s time to plant it. You’re better off with a cheap tree, planted properly. We took her advice to heart when we planted two red Macintosh trees.

This time of year, they blush dark red, with a piercing flavor that’s like an arms race between sweet and tart. I pull the best-looking fruit for eating. The rest get pressed into cider, cooked into apple sauce, or dehydrated. And a precious few will be turned into apple jack-o’-lanterns, in honor of Halloween.

The drill is to carve an apple like a mini-pumpkin, and then let it dry and shrivel into something that resembles a shrunken head. The added lemon juice serves two functions. It helps prevent the apple from turning brown, and gives a nice bit of tang to the flavor, for when it’s time to eat your art.

If you live in a sunny climate, you can shrink apple heads on a windowsill in about a week. You can also use an oven on the lowest setting, or proximity to a heater. However, a dehydrator with shelving you can space widely enough to accommodate an entire apple is the device of choice for making these sweet and sassy skulls.

Apples, the bigger the better

Peel the apple, going around its “equator,” while leaving a bit of peel around the stem end and its opposite “pole.” When peeled, look at the apple and decide where the face should be. Then use the coring spoon to scoop out the core from the opposite side, leaving a big hole in the back of the shrunken head. Scooping the insides allows the apple jack-o’-lanterns to dry more quickly.

Next, carve the mouth. Otherwise, you might not have enough room below the eyes and nose. That is the extent of any artistic advice that I should be giving, other than to make sure the nose is smaller than the eyes.

Rub the carved apple with lemon or lime juice and place in the center of a dehydrator, with the temperature at 135, for about 12 hours. If using an oven, set it on the lowest setting, with convection on if you’ve got it, and keep a watchful eye on them apples for about 2 to 6 hours, depending on the situation.