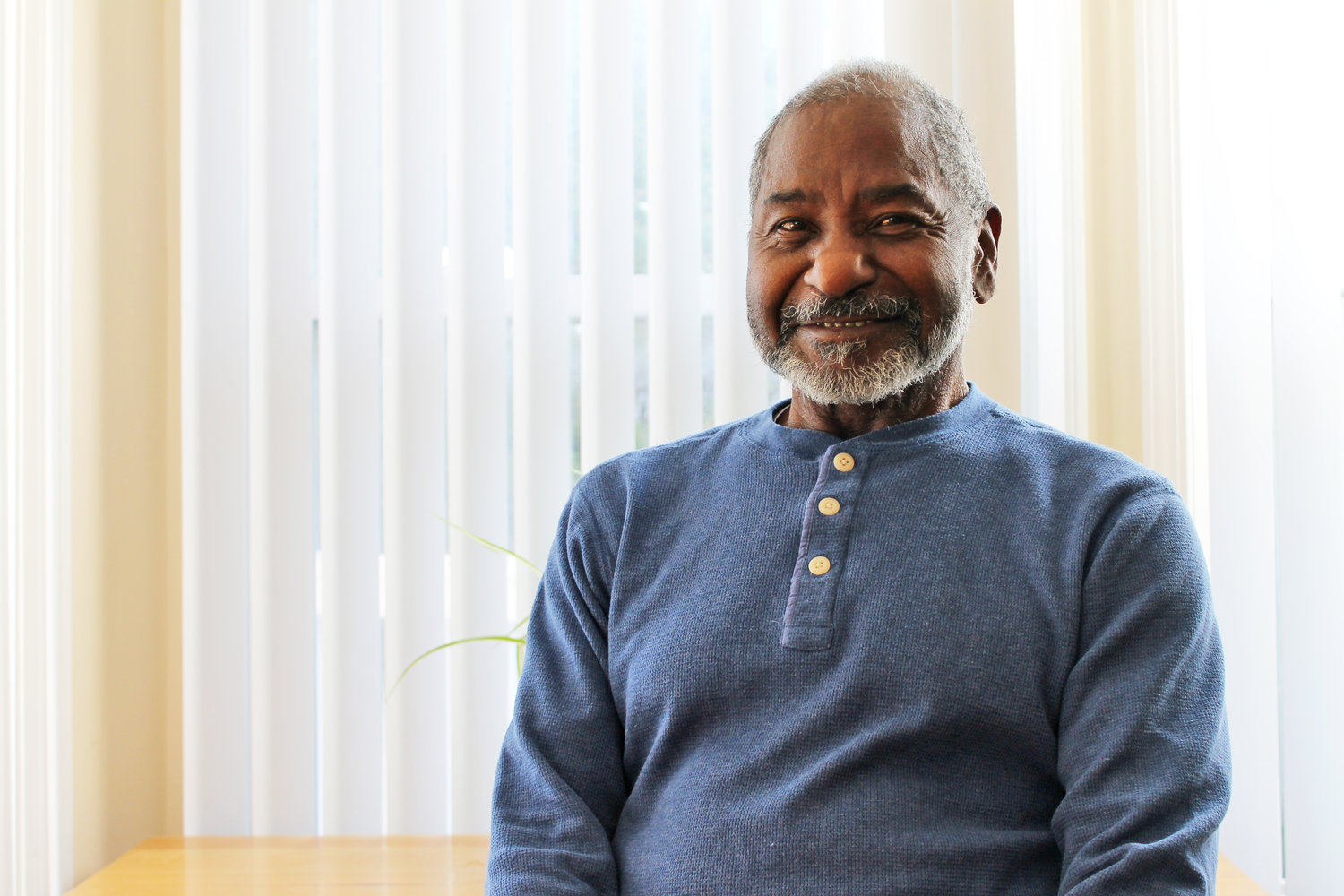 Lansing Legends: This is the second in a four-part series during Black History Month with long-time Lansing residents who witnessed a generation of Black excellence. Interviews have been edited and condensed.

Ernie Boone, 79, is a self-starter. While living across the street from Sexton High School, he taught community journalism, ran a neighborhood paper with his wife and helped raise his four kids. He is the embodiment of Black pride. A sports writer for the Michigan Bulletin, Boone has covered athletics for 60 years — longer than many papers have had Black writers on staff. His career included a stint at the Lansing State Journal at a time when Black journalists on mainstream newspapers were few and far between.

Where did you grow up?

I grew up in Corktown, Detroit. I went to Western High School (now Western International). That is where I started reporting our football and basketball scores to Detroit papers. After we played a ball game, I would call the Free Press, the News and the (old Detroit) Times to give a report. Then I moved to Ecorse High School and continued covering sports for their weekly paper. Detroit was predominantly white when I was growing up. So I never attended a high school that was more than 15% minority. Black or Hispanic.

My favorite teacher was in the school of journalism. He pushed me and guided me. He was a godsend. He took the time to not just read my papers, but we talked and he gave me advice when I wasn’t in his class. I graduated from MSU in ‘64. I may have done it without him, but it wouldn’t have been the same.

Do you remember your first day at the Lansing State Journal?

Of course I was excited. I was fresh out of college starting a professional job on a daily newspaper. My beat was sports. The only non-sports story I did was when Jackie Robinson came to Lansing and I got to interview him. He was a personal hero of mine.

I don’t know for sure, but at that time I was the only Black working at a daily newspaper outside of Detroit. There were three Black writers at daily newspapers in Michigan that I knew of.

Did you ever have issues as a Black reporter going out into the field?

(Laughs.) Well, yeah. One time it was a high school game between two small communities, Portland and — I don’t remember— but it was a big game. Both were undefeated. I arranged to cover it. I got there and they had a pickup truck set up for me outside. Normally, I would go to a press box. I didn’t cover that game. I went home.

When did you start your own newspaper?

I was at the Journal for three years. While I was there, I volunteered at the Community Action Agency on the west side. It came through the federally funded anti-poverty program, and they housed a drop-in center, which was basically a center for kids. It was uncommon for Blacks to be encouraged to study journalism, so I started a journalism course. We had about five or six kids in the class and we decided to start a neighborhood paper called The Westside News. We started with the kids writing stories about things they were doing in church, upcoming dances and such. The State News had some money and they were interested, so we were able to start printing the paper. Eventually we started selling advertising and it ran for four years.

What was your connection with Sexton High School?

In 1971, there was not much done for Black History Month and the Black students at Sexton decided that they were going to do it right. They had a demonstration at the Sexton office and they wanted to meet with the school administration. They wanted some kind of assembly curated by the students. They wanted Black history added to the curriculum. I was one of the adults in the community that students asked to join them for the negotiations with the school board.

The board refused to meet with them and things got out of hand. The kids called me, but by the time I got over there, they had taken over the office. The school was closed down. Eventually they called the cops and they came and arrested the kids. It was 20- or 40-something kids. I went to jail because the kids were going to jail. I guess that’s how I changed into a leader. I just wanted an adult to be there so I stayed in jail until all the kids were bailed out.

What is the difference between a newsroom and a classroom?

First of all, there are no grades. The motivation has to be there because if you don’t want to be there, you don’t have to. The only thing you get is what you put in. Secondly, we taught skills. A good example was Terry Johnson. He’s a Sexton graduate, but when he started as a sophomore he couldn’t write a complete sentence. Today, he will retire as a well-respected journalist.

Are there any students that you still remain in contact with?

Oh, yes, but none of them live in Lansing.

How many students would you say graduated from the Westside News?

Fifteen. Some of them were already in college and others were at Sexton, Everett and Eastern. One of the Westside News grads is a superintendent in Ann Arbor. One of the writers went on to The New York Times writing editorials. Two of them are lawyers. Four or five of them are journalists. Two are college professors. There are others that I have no idea where they are, but those kids that were on the Westside News, it was amazing.

What has kept you in Lansing?

Well I always had jobs. Lansing is a good place to raise kids. Lansing schools are not as good as they used to be, but my kids did really well. It’s not without problems, but there is no place in this country without problems. I’ve never had problems finding a group of people here to work on the issues that I felt concerned about. Sometimes you make progress and sometimes you don’t.

Audrey Matusz, the author of this series, is a former arts and culture editor of City Pulse who was born in Lansing and grew up in Okemos. She is a graduate of the Residential College of the Arts and Humanities at Michigan State University. She is a digital and instructional designer for the Michigan Victim Advocacy Network.