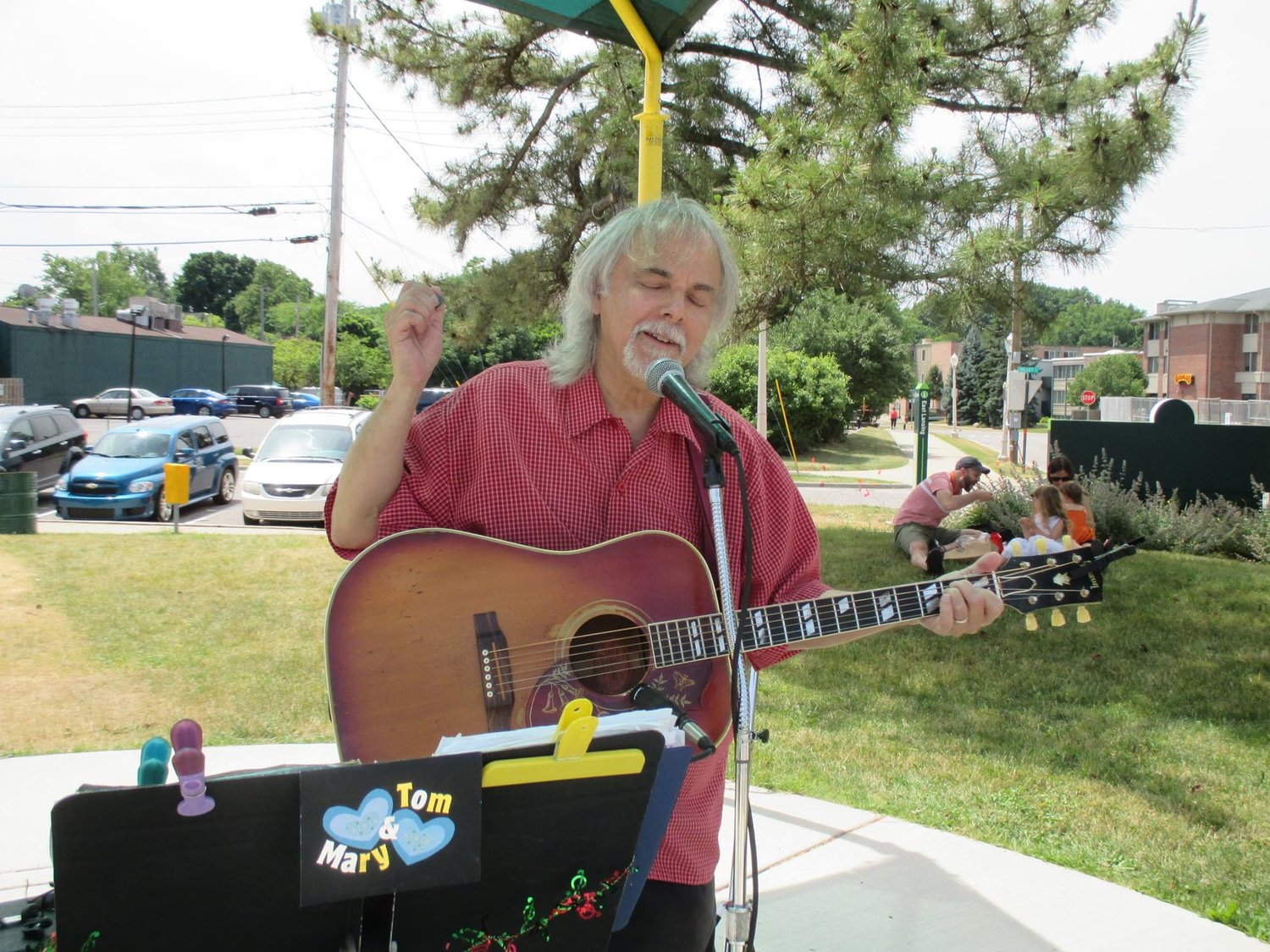 When Tom Heideman strummed the chords to “Singing Peace (A Christmas Song)” for the first time, he didn’t know what he planned to do with it. Recording a new song during a pandemic seemed like an impossibility. But when he looked out upon a world filled with negativity and pain, Heideman decided that he couldn’t keep the song to himself. It needed to be shared with the world.

“It was just an idea I had kicking around on the guitar,” Heideman said. “I was wondering if I could even attempt to record the thing. We’re going through a lot of unprecedented stuff here.”

Heideman pointed out that we haven’t experienced a pandemic like this since the 1918 flu pandemic.

While he typically only performs with his wife, Heideman felt that “Singing Peace” would benefit from having a “big, bright sound.” To make his vision for the song come to fruition, he enlisted over a dozen other musicians from the Lansing area.

“The mere fact that more musicians are involved means that the song will sound bigger,” Heideman said. “Plus, I thought, ‘The more musicians I get, the more people will hear it.’ So, I started calling around to some musicians I knew.”

Tom Heideman & Friends — the name of this hastily assembled group — includes members from local bands Tell Yo Mama, Smooth Daddy and Mighty Medicine. Recording with such a large crew turned out to be difficult in the era of COVID-19. They had to practice social distancing in the studio and forgo full band rehearsals.

“The album was recorded at Troubadour Recording Studios in Lansing. Only a few people were allowed in the studio at a time,” Heideman said. “But we made it work.”

The band had to keep in touch — and exchange recordings — over email. This was the first time Heideman recorded a song without the opportunity to practice the tune as a full band. He said that he’s more used to doing things the old-fashioned way.

“I used to just go into their living rooms and play the song on the guitar for them. Or record it on a tape to give to them. I know that’s old-school,” laughed Heideman. “But so much of this was done digitally. I sent everyone a demo that I recorded on my home laptop.”

The music video for “Singing Peace” — available on Heideman’s YouTube channel — gives you an inside look at their recording process. It mixes footage from studio sessions with self-shot videos of the musicians singing and playing their instruments at home in front of Christmas decorations.

Heideman & Friends won’t make a profit off of “Singing Peace.” Instead, all proceeds from purchases of the song are going to the Greater Lansing Food Bank.

“I just wanted to get something positive out there because 2020 has been such a terrible year for everyone. I wanted to do whatever I could do — in my own small way — to make the holidays more fun,” explained Heideman. “And if the food bank gets a little money out of it, even better.”