Laughter is the best resistance 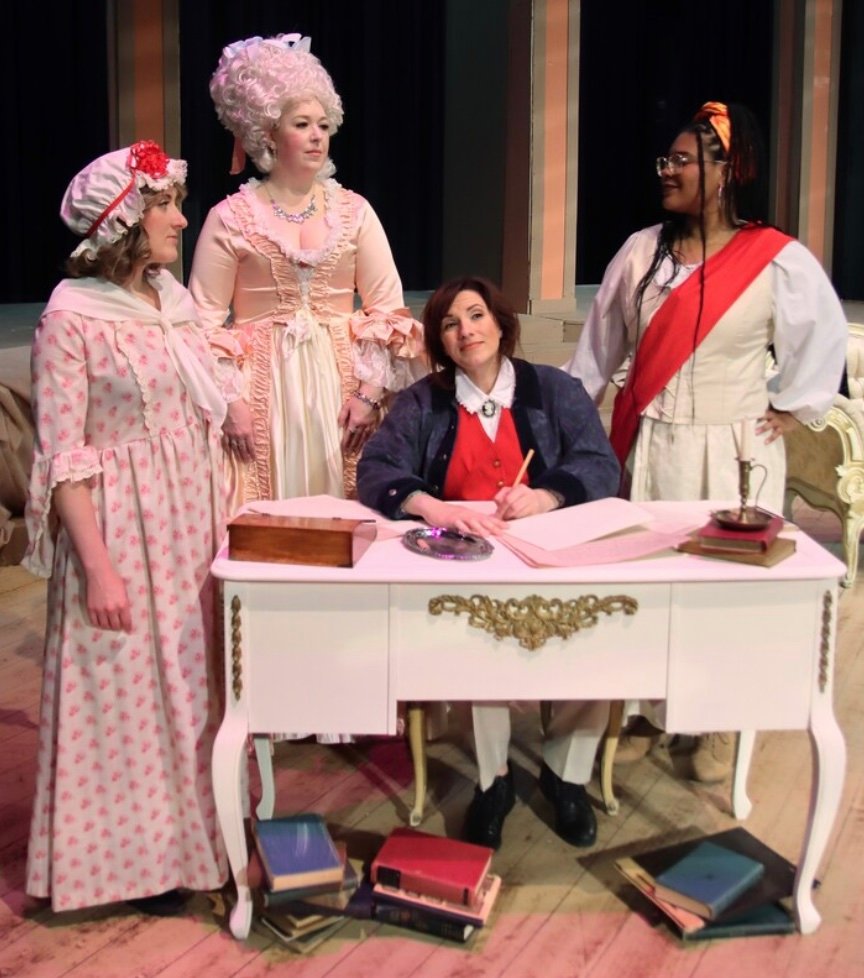 "When you laugh, we will too."”
Marie Antoinette, "The Revolutionists"
River Walk Theatre presents: “Revolutionists”

When four women find themselves in their own uniquely impossible situations, conflict and comedy erupt. A virgin assassin (Rachel Daugherty) is convinced she must murder a political zealot. A dethroned queen (Erin Hoffman) needs a press release to stave off the angry mob. An abolitionist (Riverwalk Theatre newcomer Asia Dixon) looks for liberation in the wrong place. And the last feminist playwright in Paris (Shannon Bowen) bemoans, “Everyone is making history but me!”

The story is set during the French Revolution’s Reign of Terror, but don’t worry if you’ve forgotten exactly who the Jacobins were, obvious parallels to recent history are the reason you’ll enjoy the play. “The Revolutionists” was written in 2016. Remember 2016? That year when we were all fighting with our families about politics and trying to decide which social media filter best expressed our feelings? People were posting things like, “If you ever wondered what you would be doing during the revolution, it’s what you’re doing now.” I was mostly sitting in traffic. Luckily for the world, Lauren Gundersen was writing this play in Cincinnati.

Her ambitious script is smartly directed by Tom Ferris, whose restrained interpretation leaves ample space for the power and presence each woman brings to her character. Asia Dixon’s range and timing shine throughout the play, whether in comedic joy or the depths of grief. Erin Hoffman’s voice is her secret weapon, and it was thrilling to watch her character become human. Rachel Daugherty’s violent power immediately captivates. Shannon Bowen leads the cast through her ability to calibrate and perfectly matches the three powerhouse women she shares the stage with.

Since its debut six years ago, the world has only gone crazier and the stories of these characters are more complicated and common than ever. Who is Charlotte Corday after Jan. 6? What does Olympe owe Marianne after #BLM? The single room where most of the action takes place feels too real since COVID. And the puppet tribunal smacks of a Supreme Court that is, as we speak, preparing to throw away my rights. Where can I go for a laugh?

I never thought I’d say this, but thank God for Marie Antoinette.

Kudos to the Riverwalk Theatre for bringing this potent medicine to our community.