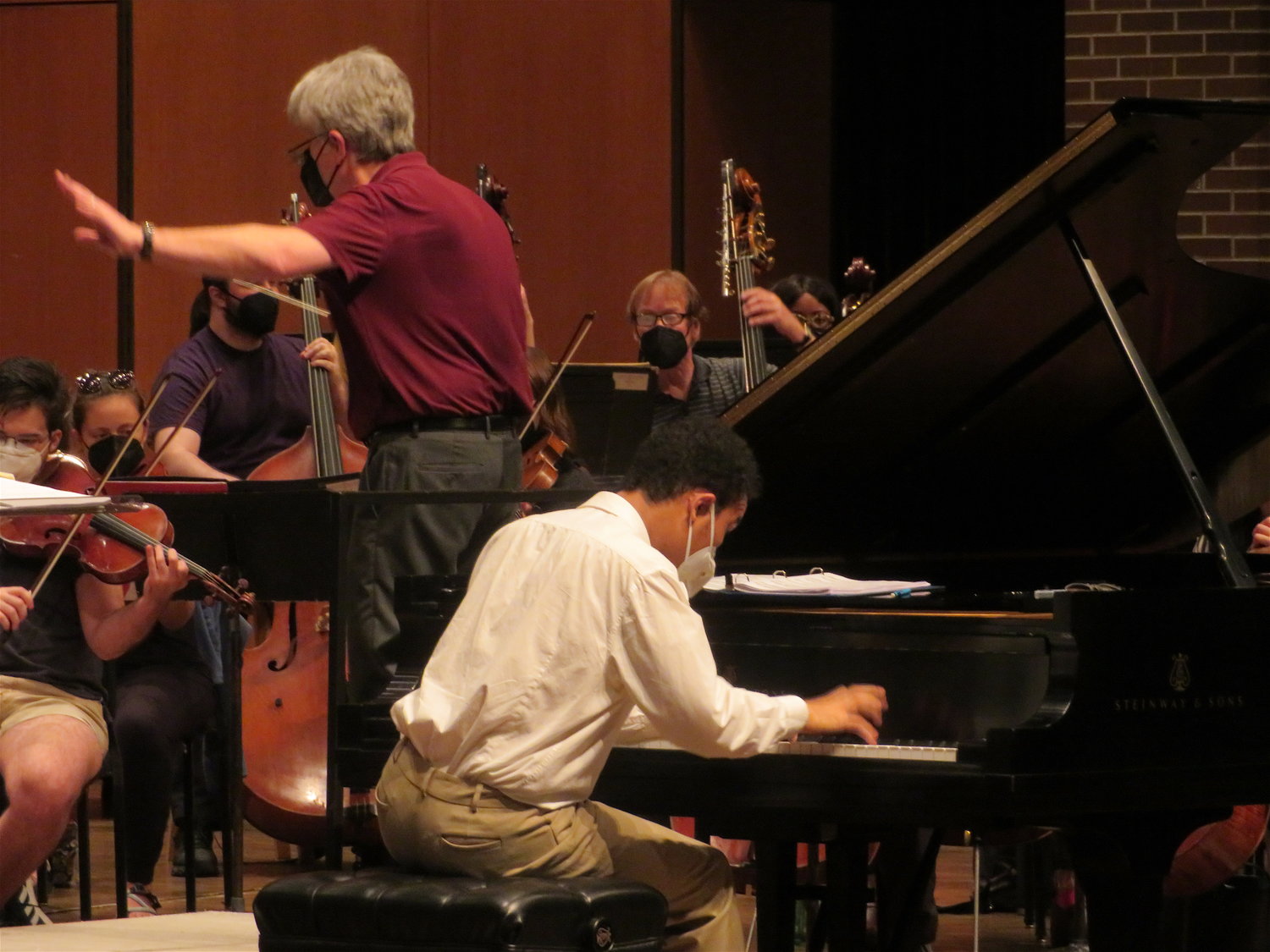 Pianist Clayton Stephenson played a concerto by Florence Price with the LSO at the Wharton Center May 13 and will return June 2, 2023, to premiere a new work by LSO composer-in-residence Patrick Harlin.
Lawrence Cosentino - City Pulse 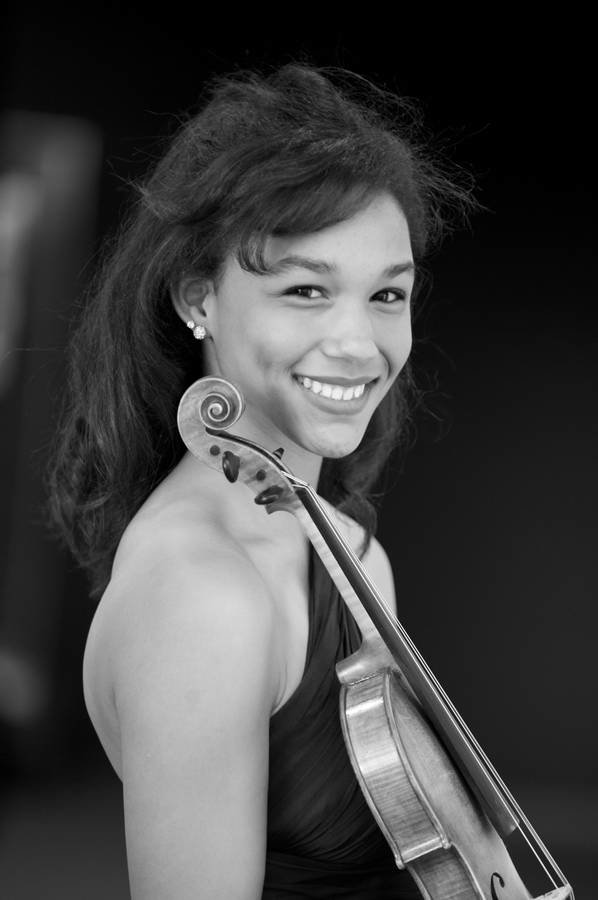 The work is not just a culmination, but an extension of the close ties that have developed between Harlin and the orchestra in his three years as resident composer.”

For a complete 2022-'23 Lansing Symphony schedule, go to www.lansingsymphony.org

A benevolent hippo just sat on your creeping dread of next year. Exciting young soloists at the top of their game, bucket-list musical experiences like Stravinsky’s explosive “Firebird” and Brahms’ epic Piano Concerto No. 2, two visionary world premieres from composer-in-residence Patrick Harlin and many other delights await local music lovers in the Lansing Symphony Orchestra’s 2022-‘23 season, announced today.

The orchestra proved its ability in the past year to mount a full schedule and retain its high standards, despite the lingering pandemic. LSO Music Director Timothy Muffitt credited thorough protocols such as masking everyone except wind players on stage, masking all players offstage and testing wind players for COVID “on a regular basis.”

The potential to lose a crucial player on very short notice adds a zest to the process that Muffitt doesn’t relish, but things are much more hopeful than they were in the vaporized season of 2020-‘21.

“We did have to make some last-minute substitutions in the middle of the week, when someone would test positive before rehearsal,” Muffitt said. “But that’s why we didn’t have to cancel any concerts, and that’s why we were able to produce the way we produced.”

“We are at the level of pre-pandemic activity, but with the activity comes a lot of extra support structure to keep people safe,” he said. “I don’t see next season being much different from this season, frankly.”

Williams has played with orchestras in Philadelphia, Cleveland, Detroit and London and does a lot of mighty outreach work, organizing benefit concerts for music education on Chicago’s south side.

She is also the epitome of the engaging, accomplished solo artist Muffitt loves to showcase.

“I’ve known Ade for a long time,” he said. “We’ve done quite a bit together, and I’m really thrilled to share her with our audience, especially in the Barber concerto.”

The Oct. 7 program includes the world premiere of a new work by LSO’s resident composer Harlin (there is no title yet) and will be anchored by Tchaikovsky’s effusive Fifth Symphony.

“For people coming for the first time, you want a program of maximum impact,” Muffitt said. “The opening concert is a welcoming to the season. I try to make sure the repertoire is in that tone.”

A rainbow of rich, decadent, turn-of-the-20th-century delights is on the table for Nov. 5, with music by Ottorino Respighi, Paul Hindemith and Claude Debussy, climaxing with Igor Stravinsky’s crashing Firebird Suite. The concert catches orchestral music at a turning point, when it was pulsating with forbidden impulses, just before the musical world blew into fragments. “It’s a kaleidoscope,” Muffitt said. “Every piece has a different color palette, and it’s all rich and vivid.”

The Jan. 13 concert is a monster, climaxing with one of the greatest of all symphonic works, the epic Brahms Piano Concerto No. 2. The soloist is one of the most exciting ever to appear with the LSO: Jon Nakamatsu, winner of the Tenth Van Cliburn International Piano Concert. A personal connection helped Lansing snag a pianist that has commanded stages around the world. Muffitt has worked with Nakamatsu before, though not in Lansing, and Nakamatsu teaches at the Chautauqua Summer Music Festival school, where Muffitt is artistic and music director.

“Jon is one of the great pianists in the world, and he’s in his prime right now,” Muffitt said. The concert also features the rock-solid Symphony No. 1 of MSU alumnus Adolphus Hailstork and Richard Strauss’ Serenade for Winds, a chance for the LSO’s virtuoso wind section to swirl, twirl and soar to its heart’s content.

Each year, the LSO sets aside one concert to shine a spotlight on an outstanding local musician. How about two for the price of one? The March 4 concert will feature the husband-and-wife violin team of Ara Gregorian and Hye-Jin Kim. Gregorian is an East Lansing native and the son of longtime LSO violist Linda Gregorian and former MSU orchestra conductor Leon Gregorian.

The June 2 season closer will feature Harlin’s big, visionary swan song as LSO composer in residence: the world premiere of “The Fourth Pedal,” a high-tech electro-acoustic odyssey with pianist Clayton Stephenson as soloist.

The work is not just a culmination, but an extension of the close ties that have developed between Harlin and the orchestra in his three years as resident composer.

From the start, Muffitt and the musicians hoped that bringing in a composer-in-residence would conjure up a unique synergy among composer, orchestra and audience, and that’s just how it worked out. Harlin’s most recent piece, “Earthrise,” got a thunderous standing ovation when it premiered at the Wharton Center May 13.

“For our inaugural composer-in-residence, we hit a grand slam with this guy,” Muffitt said. “Not only is he an extraordinary composer, his voice reflects our times. His music is uncompromisingly powerful, but he has found a voice the listener can embrace immediately.”

Harlin wrote “Earthrise” with LSO musicians in mind. “The Fourth Pedal” will take the idea a step further. Harlin and soloist Clayton Stephenson got to know one another when Stephenson came to Lansing May 13 to play a concerto by Florence Price.

“This is a relationship between composer and soloist that began after the music was conceived, but before it will be written,” Muffitt said. “It’s a unique set of circumstances and I can’t wait to hear what happens.”

To whet local appetites for what is to come, the LSO has revived its pandemic-inspired Concerts on the Lawn series at the MSU Federal Credit Union campus with selected sub-units of musicians, with remaining performances on July 26 and Aug. 23. The 2022-‘23 Pops series will feature a holiday-themed concert Dec. 11 with vocalist Lakisha Jones, a night of ‘80s music by the likes of The Bangles, Cyndi Lauper and Tears for Fears Feb. 11; and a night of Harry Potter music to celebrate finishing your income tax returns April 15.

Four chamber series entries (Nov. 13 and Jan. 29, March 19 and May 21) will feature a piano quartet, a string quartet, a piano trio and a wind quintet, in that order. Schumann, Haydn, Beethoven, Grieg and other stalwarts will all be represented, but the May 21 concert is an outlier, a wild bouquet of music by Paquito D’Rivera, Georgi Ligeti and others, with none of the usual suspects on hand.

Finally, the sellout experiment of deploying LSO musicians in REO Town’s Robin Theatre to play new music, mostly by local composers, last year will be doubled, with dates scheduled for Jan. 19, and Feb. 16, March 16 and April 20.

“The Robin Theatre is such a wonderful and interesting place to see and hear music,” Muffitt said. You can pop in with a drink from the bar next door and the vibe is casual and friendly. The music is a very wide spectrum of styles, all of it from our time, which is very interesting.” Several of the composers came to last season’s concerts.

“A lot of visitors came in, just out of curiosity, never having heard live classical music,” Muffitt said. “They wanted more, and that’s exactly what we were going for.”