Masaki Takahashi and building a powerful poetry culture in Lansing 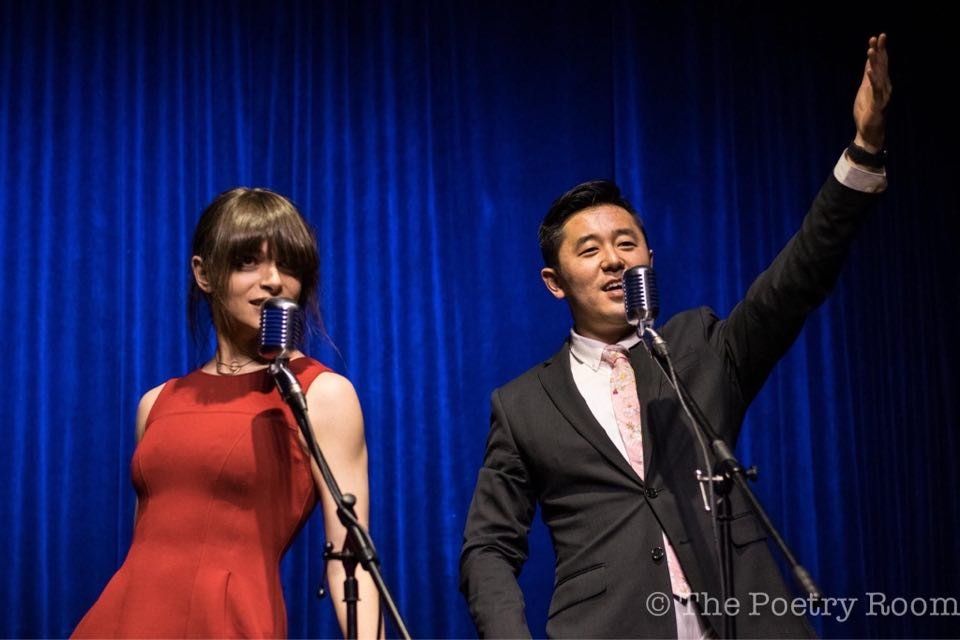 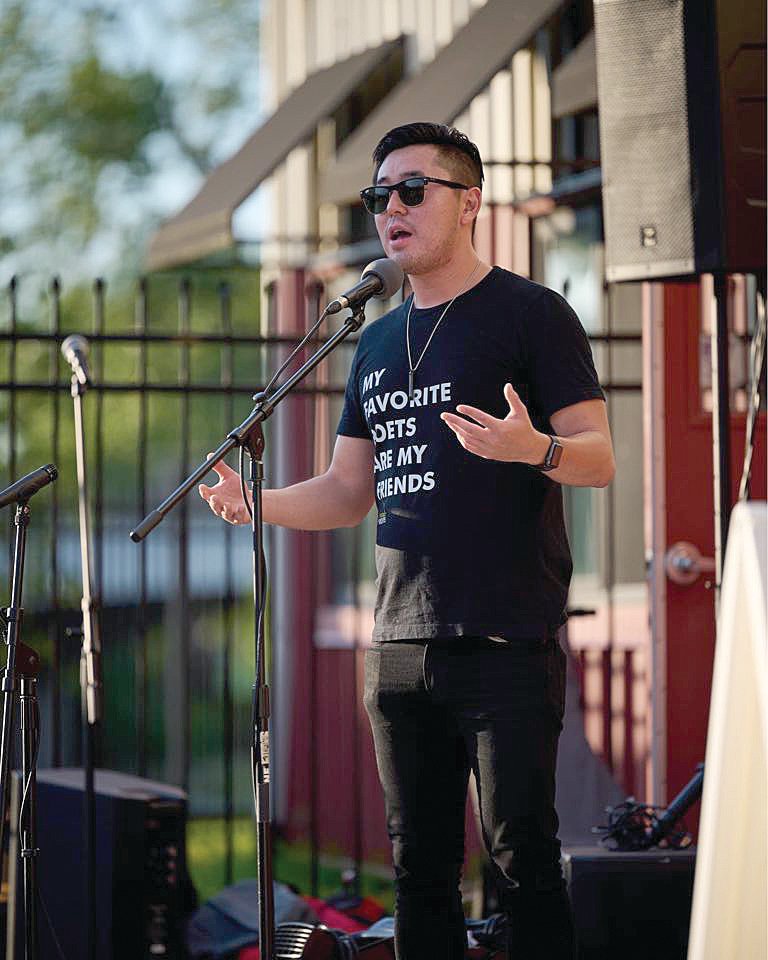 Masaki Takahashi began his long odyssey into the world of poetry thanks to his budding interest in the art form as an “angsty teenager.”

Many years later, he now leads his own poetry workshop and has helped grow and maintain The Poetry Room, a series of live mixed-poetry events that has brought acclaimed national poets to Lansing while helping young local poets find their creative niche and voice.

Takahashi, 35, was first drawn into poetry and the more aggressive slam poetry through hip-hop artists such as Jin Au-Yeung, better known by his stage name, MC Jin — the first Asian-American rapper to be signed to a major label after he joined DMX’s Ruff Ryders imprint.
“The creative outlet that it provided really helped me navigate through my emotions and what was happening in my life. That made me fall in love with writing,” Takahashi said. “At a young age, I was most attracted to hip-hop. The person I was most inspired by, Jin, was a freestyle battler.”

Poetry and hip-hop lyricism remain vital vectors for Takahashi to express himself artistically and emotionally. He wrote a poem in 2020, “An Ode to MC Jin Ending in Response to the Chinese Virus Outbreak,” crediting the rapper with giving him the confidence to stand up against anti-Asian prejudice. The Asian-American slam poet Beau Sia was also important in drawing Takahashi into the life of a poet.

He developed his own chops as a writer and poet not through conventional means such as a four-year university degree program, but through ravenously consuming literature and studying his under-the-radar local poet friends, such as former Lansing Poet Laureate Dennis Hinrichsen.

“Dennis had this thing where I had to finish at least one book every single week,” Takahashi said. “It’s very much true that you have to read a lot to be good at this and understand what poetry is.”

Takahashi began passing down his own passion for poetry and slam poetry when he founded The Poetry Room in 2017. He discussed wanting to start up a live poetry event series with his friend Dylan Rogers, owner of the Robin Theatre in REO Town. Rogers was very enthusiastic and immediately supportive of the concept. Rogers helped grow The Poetry Room from a creative seed inside Takahashi’s mind into an actual reality to be shared with the city. In addition to his desire to expose more people in Lansing to poetry, Takahashi said he also wanted The Poetry Room to be a platform for poets to hone their literary skills.

“When you don’t know what you’re doing, it’s the purest thing ever. It was the most fun of times,” Takahashi said. “Dylan Rogers has the winning formula. He’s over there coaching me and being my friend.”

Though Takahashi hosts The Poetry Room himself, with occasional guest hosts, for the first couple of years in its existence he was joined onstage by Grace Carras, his co-host and partner. Carras was a member of Michigan State University’s slam poetry team, which has competed in national competitions such as the College Unions Poetry Slam Invitational. Takahashi kept a more intense spirit with his presence as a host, while Carras was more soft-spoken, giving the two a fascinating dynamic and chemistry as The Poetry Room co-hosts.

“That dynamic worked beautifully for us. We were very much different people but we made it work for years. She’s since graduated and doing her own thing now and I appreciate that,” Takahashi said.

The Poetry Room really took off in 2020 thanks to the opportunities it provided Takahashi in bringing in bigger national poets using connections he had developed throughout his time spent and involvement in the poetry community. As the pandemic prevented poets from going on speaking tours, there were free to do virtual events, like Takahashi’s online incarnation of The Poetry Room powered through Zoom conference calls.

“We were able to bring in a lot of national talent that weren’t really touring,” Takahashi said. “I had a lot of connections to certain people that we wouldn’t usually get, especially considering that we didn’t have any money.”

Notable poets that Takahashi helped bring aboard to perform with The Poetry Room virtually over the course of the coronavirus shutdown include: Neil Hilborn, a viral star who’s raked in hundreds of millions of views across social media with his electric and emotive poetry readings, Brenna Twohy, a published author and two-time Portland City Slam champion, Megan Falley, another viral poet who has toured the world and leads the popular Poems That Don’t Suck creative writing workshop. Of course, another of Takahashi’s featured poets was one of his earliest influences, slam poetry pioneer Beau Sia.

“I love them all. Brenna Twohy is my poet crush. She was so kind and we’re very much still friends today. Megan Falley is a huge advocate in my life still, and Neil Hilborn was probably one of the most generous people ever,” Takahashi said. “Beau Sia’s work in creating the popularity of slam poetry is undeniable. We were able to share that with people. He was very generous with his time with us.”

Takahashi still has big plans for The Poetry Room, which he recently solidified as an official 501(c)3 nonprofit. His last live event was a guest appearance at the MSU Museum’s STEAM Engine Slam Poetry Slam. The next official live Poetry Room gathering is scheduled for early-December.

“We’re creating an environment for the slam culture and we’re creating fans. I still keep in touch with the high school students that have done The Poetry Room,” Takahashi said. “It’s cathartic for some people. It’s the power of telling your own story before anybody tells it for you. That’s a powerful thing, dictating your own story in front of an audience.”