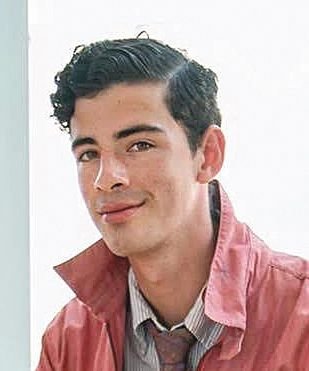 Gabriel Gurule is a junior in the Michigan State University Honors College studying history. He is a member of the State Central Committee of the Michigan Democratic Party. He also serves on the MDP Progressive Caucus’ Executive Committee.

Last month, the Michigan Democratic Party held its election for the State Central Committee, the party’s governing board. MISolidarity Slate, a coalition of party-reformists, took a sizable chunk of the seats. Last week, Kyle Melinn in his opinion column “Progressive Leader Carving His Group a Place in MDP” painted a schism in the party between the two wings of the party. The progressives, a coalition of “the far left,” the “youth,” and “minority groups” against the more moderate groups of “education caucus” and “labor unions.” As a member of the State Central Committee and the MISolidarity Slate, I would like to take this opportunity to correct the record.

I believe I could be one of the “minority youths” Melinn refers to, but I also grew up in a union family. Five generations of UAW, stretching from my great-grandfather leaving Mexico to build Model Ts to my mother working at an Obama-bailed-out Chrysler. She used to bring me to her local meetings; they’d open with a belting of Solidarity Forever. “But without our brain or muscle, not a single wheel can turn” would echo throughout the hall. Nearly a decade later, this ethos guides the MISolidarity Slate—a movement of campaign staffers, community organizers, and local activists. We’re the party’s doorknockers, not its kingmakers. We fight to hold the party to its Platform of being “honest, responsive, and accountable to the people it serves.”

For generations, the MDP has held loyalty to the party above everything else. Even when it cost us elections. Our statewide Democrats —except Dana Nessel—all were failed nominees before they were finally elected. U.S. Sen. Debbie Stabenow was on the ticket against Gov. John Engler in 1994 and lost. In 2002, Gary Peters was the nominee for attorney general against Mike Cox. He fell short. In 2014, Jocelyn Benson ran for secretary of state and came up emptyhanded. This seems to be the party’s strategy: run candidates until they win. This isn’t a tenable strategy in the long-term. We need to recruit new candidates, not hold Democrats hostage to a career ladder.

In Melinn’s article, he paints the MISolidarity Slate as the leftist mirror of the Tea Party: maybe he’s onto something. Look at the Tea Party: rather than kowtow to power, they fought tooth and nail. Their refusal to take prisoners was their political strength. In 2010, the Tea Party’s peak, they flipped 63 seats in the House (2018’s impressive Blue Wave only carried 41) as well as paving the way to Gov. Rick Snyder’s election. In that year’s Democratic gubernatorial primary, we had Speaker Andy Dillon, who later served in Snyder’s cabinet, and Lansing Mayor Virg Bernero, who faces multiple cases of sexual harassment now. Dillon helped preside over the period of Right to Work laws and Pension taxes. Virg Bernero lost by 20+ points.

How can we show working-class families we’re on their side? The Michigan Democratic Party, if we want to win, needs to return to our roots. We need to focus on protecting average families. As our districts become increasingly fair due to Voters Not Politicians, the MDP needs to field candidates for not just every State House and Senate seat—but every university and township board. Wherever a voter is represented, we need to fight for them. We cannot write off any area as hopeless.

The future of the party is not a brawl between moderates and progressives, but a coalition. As long as State Central is full of Democrats — far left or moderate — committed to our principles and our communities, we can — and will — all work together to push Michigan to become a place where minimum wage is a living wage, where healthcare doesn’t cost more than college, and where college doesn’t cost more than a mortgage. A Michigan where the Democratic Party is the party of the people.